The Use of Atrocities in Fantasy 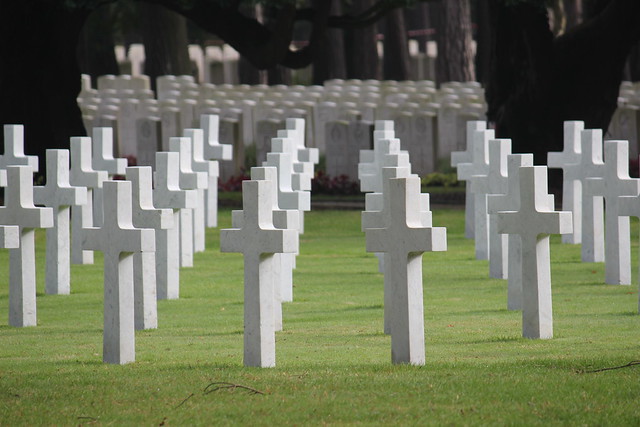 
We live in a world that has been - and continues to be - blighted by horrific atrocities. From brutal, widescale violence, to vast natural disasters, to horrendous wars to unthinkable abuse and cruelty inflicted over and over again, our world and our history has some terrible scars.
It is only natural that some of those scars will be reflected in the media - indeed, many of our shows and books are set in worlds and settings ravaged by war, evil and atrocity on a grand scale. But there is a difference between depicting a generic, fictional atrocity - and depicting, drawing on or, all too often, appropriating an actual real life atrocity.

When drawing on an actual atrocity, our first question must be “why?” Why is this being depicted? And there are certainly good reasons - many people have lived through these devastating atrocities and it can be insulting and erasing to remove this from their history. Similarly, there are places and times when/where these events happens - to not include them is to disrespectfully edit history, often at the demands of nostalgia.

There are other reasons to depict these atrocities - because they shouldn’t be forgotten, they should be part of our social consciousness, they should be there for us to remember, be affected by, understand and, I naively hope, learn from.
So, yes, we can see, accept and even praise some depictions of these atrocities - and we have done so. Like on Forever we see how Abe, as a Holocaust survivor, has been shaped by that terrible atrocity and how that also touched on Henry and Abigail’s story - but without having to have Henry heroically tackle Goebbels or imply that secret immortals were behind events or anything equally ludicrous.

The Originals had Marcel fight in the First World War, both showing the horrors of war and, specifically, how racism exacerbated the plight of Black American soldiers who were sent over to be little more than cannon fodder. Again, there was no dismissing the importance, the horror or the wrongness of the events, nor any attempt to ascribe them all to supernatural cause. The atrocity was invoked respectfully and with reason.

Even True Blood, for all this genre’s love of romanticising the antebellum south and civil war, had Bill Crompton harshly describe the abject horrors of conflict to an audience of people who were invested in sugar coating the past.

But what singles these examples out for praise is how they have used the atrocities they referenced. They have a reason to be there, they are integral parts of the plot or characterisation and they are treated as respect. They’re not used for entertainment or shock value or dramatic influence or, perhaps most disrespectfully of all, one off references to be discarded at will. Nor is there any attempt to edit history to make woo-woo a driving force or major element of these atrocities. It doesn’t take woo-woo to make an atrocity, alas, quite mundane humanity is more than capable.

Alas, there are many shows that don’t have close to that level of respect

In episode nine, of this season’s Walking Dead, the genocide in Rwanda was invoked. We were told that no matter how ugly the news was, Tyreese never turned off because someone had to bear witness.  The following radio report was read by Andrew Lincoln:


“At least 68 citizens of the republic have been killed in four deadly attacks along the main coastal district. The group has continued their campaign of random violence, moving across the countryside unfettered with the republic’s military forces in disarray … There have been troubling reports of cannibalism having broken out in refugee camps along the republic’s transportation corridor. And despite the string of victories by rebel forces, there are disturbing reports of increasing the brutality of their tactics including the wholesale destruction of villages, burning down local prisons, targeting of civilians, and even the widespread mutilation of children and young mothers.”


Over a period of 4 months in 1994, 70% of the Tutsi population was killed in Rwanada.  Between 500,000–1,000,000 Rwandans were killed.  This world event had long lasting consequences, not only for Rwanda but for surrounding countries.  To be clear, The Walking Dead is pure fiction and while the story is at times horrifying as it portrays human depravity, desperation and death on a mass scale, it’s still fiction.  To invoke something as serious as the Rwandan genocide and then juxtapose that to a fake zombie apocalypse is the height of disrespect for this terrible time in human history.

On Constantine, a man possessed by a hunger demon is linked to a famine in Sudan, not some generic famine or mentioning that this demon caused starvation; but actually a specific atrocity (or series of devastating acts, sadly, since Sudan is still at risk of famine). The 1998 famine in Sudan, alone, caused the death of over 70,000 people and the displacement of many more. Yet this devastating loss of life is used as nothing more than a prologue for this week’s demon; worse, this human-exacerbated disaster is implied to be of supernatural origin.


Lost Girl also uses Sudanese atrocities when introducing a fae insect that causes paranoia and conflict. In the world of Lost Girl this insect is responsible for the Sudanese genocide, a conflict that has caused almost 500,000 deaths. And no, the slaughter of civilians in Sudan was no more caused by a faerie spider than the famine in Sudan was caused by a supernaturally hungry demon.

On Teen Wolf, there was some initial attempts to emphasise the evils of the Japanese Internment but, ultimately, it was used as a supernatural back story, a prologue, for the big bad monster nogitsune that they were fighting. The location and the context were of lesser importance, almost interchangeable, next to to the forbidden love story and supernatural quest for vengeance.

Grimm may take a special prize for this. In one episode it didn’t even try to hedge - we had a direct labelling of Hitler as a Wesen using supernatural charisma coins to control Nazi Germany and unleash the third Reich, the Holocaust et al. A season later and we have a completely transparent KKK analogy with Wesen obsessed with “purity” persecuting a couple engaging in inter-wesen marriage and even burning big symbols on their lawn. It was not subtle. The ongoing legacy of lynching, persecution, murders, torture, discrimination and abuse due to racist hatred of interracial relationships is still very much a continuing reality that continues to produce victims who deserve better than to have their experiences used this way.

Neither of these blatant appropriations even tried to address the scale, evil or pain caused by the events they were invoking. Neither of these depictions paid even the slightest nod of respect to the atrocities they were happily using - it was the very essence of all that is problematic about the clumsy and thoughtless use of atrocities in the media.

These atrocities are deserving of the most careful consideration out of respect for those who suffered and continue to suffer from them. These immensely horrific occurrences cannot be casually invoked or disrespectfully used and remembering our history is not achieved by turning it into fodder for inaccurate, brushed over entertainment that is dismissive or makes light of these terrible events. These events cannot be a throw-away reference nor can they be invoked casually without true understand - aside from respect for the dead or the need for us to properly remember these incidents we also have to remember the pain these depictions cause

These events have left scars. Some of them happened within living memory (or, we have to stress, are still happening). They have left victims. Even more than the problematic issues raised when we casually invoke them, what about the victims? Both those who were directly victimised and those who still live in the shadow of these events? What does it cost them to see such throw-away portrayals? What does it cost them to see something so painful to them be used so casually, so inaccurately and so thoughtlessly?If we are going to invoke these events that caused and continue to cause such pain, shouldn’t we have a reasonable motive for doing so? Shouldn’t we at least respect that we are risking these triggers and causing this distress for a good reason?

Can we really look at the distress and pain invoked by these depictions and say “but it’s entertaining!” or “it’s for shock value!” and say that is sufficient justification? Do we not need a better reason than this?