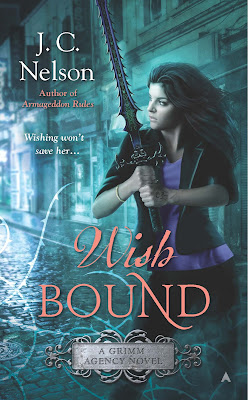 Marissa, through various adventures, has found herself in the awkward position of being the handmaiden of the Black Queen, one of the most powerful and dangerous beings in history. Even as someone who started (and stopped) the apocalypse, that’s a tall order to stop.

She has enough to deal with what with cursed birthday parties, lethal cursed cheeses and a whole postgnome cult. She doesn’t need evil Black Queens – or evil dead enemies being pulled out the very vault of hell.

Marissa faces the hardest test of all – does she let her friends save her even if it may be at great cost to themselves? Can she live with being saved.

This is a major turning point book – one so full of answers and revelations that it has changed the course of the entire series. In fact, it’s so dramatically ended, so dramatically changed course that I don’t even know if the book series is going to continue after this – because this feels like an ending and a dramatic conclusion of everything that the book has been leading towards.

The story itself is epic – literally world controlling with lots of amazing twists. So very very twisty – as Marissa fights the delicate balance of being a Handmaiden of the Dark queen and also trying to oppose her. There’s a lot of battling the different kinds of magic and finding all the nifty little loop holes to get around things. It’s a very delicate balance and I really liked it. I know I’ve used the word a lot – but there’s a lot of complexity and a lot of different angles.

The tone of the book strikes a very careful balance – and a very well done one. On the one hand it’s a dark world. After all this is a world with the end of the world at risk, there’s a terrifying appalling war coming and the grimness of that is clear. We have the abominations of flesh, the desperate fight to survive and, of course, a desperate loss for Marissa as well as the traumatic feel of the lost she suffers in the battle and the life changing revelation of what she is. Her friends make extreme sacrifices on her behalf

Then there’s the army of demonic poodles and gnomes. There’s a vicious, terrifying lethal werewolf cheese. There’s a princess who cannot cannot drive to an almost magical degree because there has to be balance – and that driving can be weaponised. There’s a lot of really joyful little one liners – little asides like “angels were the only creature I could imagine being dumb enough to mount an attack on hell itself.” Or Marissa’s terribly cursed parties. Or the absolutely classic and amazing take of the Sleeping Beauty story. Or the hilarious singing followers in the High Kingsom. They’re just all so very excellent and made me laugh out loud repeatedly.

And it works. It’s funny and hilarious and grim and dark. Under it all is still a very real, very powerful world – with the seal bearing royal houses and the dark queen actually having a plan and strategy to take over that is well thought out and actually real. It doesn’t let the occasional silliness mean that there’s no need for a well developed and meaningful world building as well.

I can’t stress enough how all these elements work because… well, they shouldn’t. It shouldn’t be funny and grim and dark and silly and so often epic. Extremely epic – the massive confrontations over and over again are really well done even when poodles are involved. All these things at once shouldn’t work – but they do.

It has some really good characters and quirks as well – Ari, and Marissa, even Rosa and Liam. Marissa and Liam’s relationship is excellent – I really love what happened when Marissa stumbles into a beauty spell and they then clumsily try to have sex when her body is so very different – it’s laughably awful and it works so well to make it clear that beauty is far from everything, especially when it is a lie. I just love that whole storyline, the beauty curse the wrongness of it, how it is a lie, is one of the best storylines I’ve seen for a while.

Especially when it links to the Black Queen’s first lie – it’s poignant and says so much about body image and the meaning of it and authenticity.

And the wish that defeated the Queen? So very very epic…

This isn’t a very diverse book or series, alas. We have a Japanese man who teaches Marissa how to fight with a sword (yes, trope). There’s mention that some of the Queens are POC but they don’t really take part. Death is a Chinese man and he is interesting and not just some spectre of evil, but he is a rather cryptic figure. The Archangel Michelle (yes Michelle) also appears to be a POC but she only appears briefly.

There are no LGBT characters, sadly.

We also have some awesome female characters – Marissa is excellent, involved and powerful. I love her. Her friendship with Ari is excellent and happily free from all girlhate which we see so much in books. Ari is Marissa’s equal, possibly even her superior; I do so love to find a female character who not only doesn’t hate the women around her but actually has female peers. Not followers or inferiors or servants or enemies or rivals – but actual peers.

I don’t know where the series goes from here. Ari definitely has a story to tell after this and Marissa must be involved in that as well. There is a definitely a story to tell from here – and I am really eager to see where it goes. This combination of epic and humour, excellent story and grim hilarity is unique and fun and begs for many more books to come.