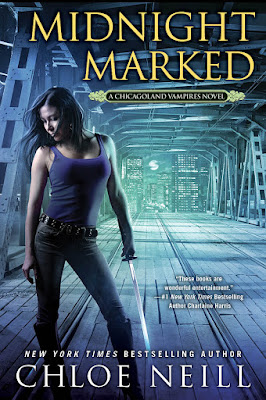 Adrian Reed is a very powerful man, a very rich man and a man who has dark ambition for the city of Chicago – and Chicago’s vampires

His last defeat was only a setback and his sights are definitely set on Cadogan House. As ever, it is down to Merit and Ethan to respond, to defend their house and the city even as their alliances become ever more strained and outright war between supernatural factions seems possible.

There was a time in this book, about half way through, and I honestly stopped. I put down my tablet and had to walk away a little bit and convince myself to come back. I nearly walked away from the book, the series, deleted it and decided I was done.

Because Ethan. I am so very sick of Ethan. Ethan makes no sense. Not even the slightest lick of sense. We’ve complained throughout this series that the characterisation of so many of these vampires is ridiculous and doesn’t come close to reflecting their actual age – but this book took it to extreme

Ethan is 400 years old. Apparently. He has led his House for decades, perhaps even centuries and has been the second in command of the House before then. He is ancient. He is a leader of his people. He has shepherded them for a vast amount of time with, presumably, skill and knowledge

And I don’t buy this. I don’t buy that this petulant manchild could possibly have done any of that. If this man were, say, 23, then I would have considered him very immature and needing to grow a lot before being considered a full adult. I would consider him volatile and still very much a teenager. He has absolutely no control over himself, no control of his emotions and is incapable of making reasoned or long term decisions. He acts on impulse, he has no plans for those impulse, no idea what he’s going to achieve, except to constantly dick-measure against every other man. He can be manipulated so easily that there must be 10 year olds rolling their eyes at his behaviour. He spends a ridiculous amount of this book having mighty temper tantrums at others –Gabriel, Reed.

Yes, he has reason to be angry with both of these, but his inability to handle is anger is anything like a sensible manner is ridiculous. He doesn’t direct his anger at all – he just storms off towards the man, launching himself at them in a stomping, childish tantrum of epic precautions. Even when everyone is telling him it’s a bad idea, he keeps going it. He even attends a party expressly to snarl at Reed – he has no plan, he actually has everyone drop the actual important work they’re doing so he can go to a party and snarl at them. HE HAS NO PLAN, he just HAS to indulge his temper tantrum and ego.

This is Ethan. Over and over again. There’s a moment where Merit’s grandfather calls Ethan “son” despite being centuries younger and it works because Ethan is such a complete Manchild.

But, hey, I suppose if Ethan (and Morgan for that matter) are such children it explains why the vampire Houses have so few resources compared to business men like Merit’s father and Arden Reed. Or that could be because Ethan decides to insists he’s “not really rich” while at the same time buying ludicrously expensive sports cars.

Of course, this ridiculous behaviour leaves Merit free to be the sensible one – and make some petty epic speeches to various factions about getting their shit together and helping them. She has an epic moment where she calls other factions out for leaving Cadogan to do all the heavy lifting whenever a supernatural

But why isn’t Ethan making this speech? Sure Merit is cool and skilled and she takes risks that are sensible and brave (and actually have a pay off beyond ego). But why is she the one doing this? Shouldn’t the Master of the House be the one to think like this? Shouldn’t he, the leader, be the one actually leading rather than stomping around and leaving it to Merit to actually get shit done?

Also, there’s something really broken about the time line of this series: because we just celebrated Merit’s anniversary of becoming a vampire. Her one year anniversary.

One year. All of these books have happened in ONE YEAR? Really? C’mon, 5 years would be a stretch!

I am glad I stuck with the book though. Merit is awesome, her friendship with Mallory is excellent. Her work, her dedication and her realising that Ethan is spouting complete bullshit is fun. Even navigating around Berna is awesome. She shows a gazillion times more maturity than Ethan – which is a problem. Sometimes I feel like Merit acts as a go between for all the supernaturals in the city not because she’s just that skilled but because everyone else is such a petulant manchild that only she can get things done and have a conversation without childish dick measuring.

The plot itself is suitably devious with the bad guy being built up with lots of cunning and craftiness to actually make them a more than worthy adversary (since Ethan doesn’t need a worthy adversary) and he actually had a lot of potential to be an enemy that would last several books. I still hope his partner will become that because cunning and long range planning like that are too good to resist

These are the gems of this book – Merit being awesome and juggling the various groups and trying to get them to run together and an enemy with an awesome and cunning long range plan who was set up to be a really good Moriarty (though somewhat anticlimactic ending).

Unfortunately, Ethan was just so utterly terrible as to almost ruin the whole book. I’m sick of it, I really am. I am coming to actively dislike every scene he is part of.

We do have Merit working with Mallory and we now have three female guards though, again, they could play a bigger role (but none of the guards play a big role in this book). There are definitely several women around and I really do like the end twist of the villain that I won’t spoil – but we also have the trope raised that female shapeshifters are apparently super rare (why why why do we have this trope? Why is animal shifting so constantly seen as a male thing in this genre?). I also love the definition of the “Alphapology” where an alpha male’s “apology” is more a justification for what he did. I also really like how Merit has grown into herself and the role of Sentinel and how that now matters to her and is important

We also have several POC – not in major roles (I think this book is very focused on Merit, Mallory, Ethan, Catcher and Gabriel with a lot of minor characters orbiting). Malik, the second in command of Cadogan house is Indian. Delia, the House’s doctor, is a WOC and Ramon another vampire who helps medically is Latino. We also have Annabelle the necromancer who could be an interesting character who is a Black woman. There are also clear POC among the Red Guard and shapeshifter packs. Written out like that that looks like a large number of POC – but there are a lot of characters in this book and most of these characters don’t get more than a few lines – sometimes just one. They’re not exactly major participants in the story, pretty much all of them are background. There continue to be no LGBT characters in this long long long series. Seriously this many characters over 12 books and not one LGBT person is ridiculous.