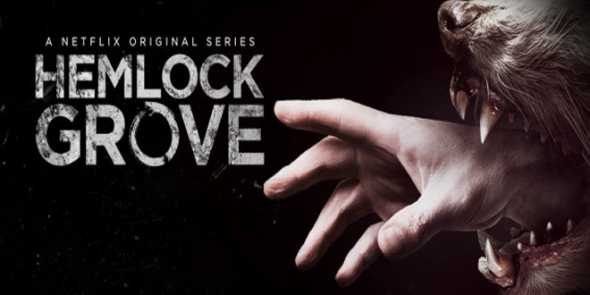 First of all Johann is officially dead. Let’s take a moment to commemorate the death of the series only LGBT character – revealed as gay in the last season after ignoring his sexuality for two seasons, then linking his sexuality to his abusive childhood. It’s finished off when he is murdered, just after finally deciding to find love (the most dangerous time of any LGBT person’s life in the media). And he’s murdered by himself in a moment of supreme narcissism just to complete the homophobic tropes

This episode begins with his funeral which Shelly says is “syncretic”. Which would be nice if, in the last 3 seasons we had spent any effort at all to explore Johann’s religious beliefs while he was alive (or indeed any religious position at all). Instead this just feels like “hey, he’s Asian. Moosh some Asian religions together. Done”)

With him dead and, apparently, mourned it’s time to turn to the other characters:

Olivia is still determined to live, continued to be followed around by hallucination Chango - and now we have to look at this season’s other recurring character of colour. After following Olivia around for apparent payment or sexual favours or something she murders him and he gets to spend the rest of the season playing comic relief, cringe worthy advice giver, servant and character development tool for Olivia. All while using the name “Chango.” Did I mention this was a hot mess?

Anyway Olivia wants one of her kids, in between various hallucinations and attempted life lessons form Chango and her past on the London stage. She makes a play for Roman but since Johann already gave him a heads up that goes badly for Olivia. Reduced to a petty low point she’s left sobbing and begging and desperately calling Annie to come see her

Which Annie does – and is promptly kidnapped and taken to Godfrey Enterprises for Johann’s assistant to do the body switch. Only this guy has a shred of a conscience and helps Annie escape. Rather than be reborn as Olivia, allowing her terrible evil to continue, Annie commits suicide. A horrible suicide via fire… and another one down.

Olivia, with no recourse, no more children to sacrifice, Olivia is now dying from the disease. Ravaged by it, completely delusional, she collapses while eating her own arm

And another one down. I will actually miss Olivia. Yes, she may have been the worst person on the show, but at least she owned it. She didn’t do terrible things then turn on the angst so we’re supposed to feel sorry for them before doing terrible things again. Olivia was a terrible person and she was GLORIOUS with it.

So, Peter and Roman. Firstly, Peter isn’t dead – despite being buried by Roman, Peter is freed by a wolf pack and is now alive and ready to hunt down Roman. Peter still wants to bring down Roman since he is killing for funsies now (and, of course, looking all angsty and sad though he never ever ever ever learns from his behaviour). And Roman wants Nadia back (who has been passed on to Annie and from Annie on to Shelley). Neither are willing to compromise – which means they’re doomed to fight again

To win against Roman, Peter realises he only has one chance: he needs to take Roman down while he’s a wolf. Except it’s a month until the full moon – and changing on an off-moon is very very bad for a werewolf. That’s how Vargulf’s are created, werewolves who are consumed by their wolf side and basically stay as wolves all the time

Despite the risk, Peter goes wolf – and his fur is white. In season 1 that was the colour of the Vargulf’s fur and definitely not Peter’s usual colouration. He attacks Roman, it’s brutal, vicious – and for a moment it looks like he’d actually spare a helpeless Roman’s life… before ripping out his throat and his heart.

And, with another death, another story is ended. Two actually – as the episode closes we see the white furred Vargulf running around in daylight. Whatever Peter has become, he isn’t Peter any more (and is probably slaughtered people… which really is a dubious way of stopping Roman’s killing spree). The two main characters have, effectively, destroyed each other in an explosion of angst and horror

Is there anyone who gets out of this bloodbath alive? Shelley – the only one in this whole show who deserved a happy ending got one. Aitoc returns to her and Shelley, awesomely, amazingly reads him the riot act for abandon her. She artfully skewers his ability to tell the truth to amuse an audience but to not actually confide in her and shows how much confidence strength and self-worth she’s gained even while acknowledging that her appearance scares people. Shelly has grown immensely. With Roman’s money, Aitoc and baby Nadia, they leave town together.

I’m glad she got her happy ending. She was the one shining light on this show

As far as endings go, I think this worked. Everyone had gone so far that really this was all that was left to them – burn it all down. It’s gutsy but it’s appropriate, this was past saving, scorched earth was required – now if only other shows would see this (hi there Vampire Diaries). So kudos for an appropriate ending- they’d all fought and tried but, eventually, all of their epic bullshit had mounted up into something none of them could survive.

As for problematic issues – well I’ve touched on race and sexuality. Like previous seasons the show’s treatment of the Rroma characters was one hot mess of terrible tropes: woo-woo and criminality. Shows with an actual Rroma co-protagonist are incredibly rare and it’s deeply depressing that this one example (albeit not using Rroma actors) is such a hot mess.

The show also had a severe problem with lack of focus this season, which is partly why the scorched earth ending. Spivak, the main plot, was ignored for most of it. Olivia was breezing around being terrible and awful in her classic way. We had Peter and Destiny and Andreas and the Hot Mess. Annie arrived for reasons that bemuses everything (but came with added incest, of course, along with a hefty dose of bible-thumping) and Johann decided to swap brains with random Greek delivery drivers. Along side all of this is Shelley who is just Too Good For This and had the only plot line that was actually worth following. Less is more.