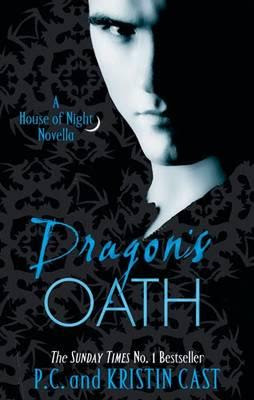 There is something absolutely wonderful about a short story from the House of Night series – it doesn’t have enough room or enough people to be nearly as awful as the main series. Yes, this book hereby gets the prize for being the first House of Night book that I DON’T think will inspire an invading alien species to wipe us out because the universe needs to be spared our bullshit.

This makes the book good in comparison to the series – but not good.

As I say with every short story as part of a series, I look for a point. What does this story add to the larger story of the books? Why should readers read this book as part of a greater whole? Because the best short stories both add to the larger series, without being essential (so a reader can skip them without being lost in the main plot but still add interesting new elements to the main story).

And I can’t say I see a big point on this book. We get an insight into Dragon and Anastasia… but firstly both of these characters are dead. It’s not like they’re characters who are going to have continued affect on the book series. Secondly, they’re not exactly influential characters. I honesty would find it bemusing if any fan of the series (of course I find “fans” of this series bemusing in general) could genuinely say they were intrigued by these characters. I mean, beyond “she loved Dragon and she died” what pertinent information did we have about Anastasia? What was so intriguing or important about her that anyone really needed to read her story?

The same applies to Dragon – was there any reason to care about this character? Like Anastasia, he was a cardboard cut-out of a character – the guy who can use a sword. That was his pretty much only definition of him.

Of course that would seem to beg for characterisation – but a character has to have some intriguing hooks to DEMAND growth. There needs to be fertile soil for that growth to happen – the character has to have intriguing elements that make people say “hey, I want to know more about this character!” I really didn’t see why I’d need more about these characters, there was no hooks here to encourage interest and no fertile soil in which an interesting character was likely to grow.

Which is even sadder that these two characters turned out to be… bland. I mean if you have two such undeveloped characters it would seem like they are rife for twists or original hints we never knew about. A wonderful little life lesson in how that teacher who tries to fascinate us by conjugating Spanish verbs secretly loves sky diving and cocaine and Inuit throat singing. Not necessarily at the same time.

But we had the young, naïve teacher and the cocky sword master falling in love and… *yawn* did anyone not see this coming? Was anything added to either characters?

And did we even need a particular reason why Dragon was convinced to be merciful (which is, apparently, the point of this book?)? I mean… is that kind of the point of Nyx and the Sons of Erebus? Warriors should be merciful? Isn’t this what warriors of Nyx are supposed to be?

In the end, this book isn’t awful (and throws in brief lesbian characters that don’t make me cry and cringe) it’s just… boring and unnecessary.