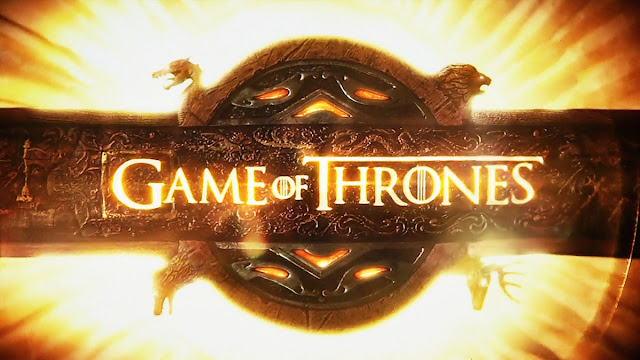 I would also pay a ridiculous sum of money for this clockwork map. Like seriously. I need it.

Ok I’m done, time for a new season – and the first episode begins with a whole lot of death – lotsa death.

Let’s start on a high note – Sansa and Theon have escaped the Boltons (much to the annoyance of Roose because they need the legitimacy and leverage that these heirs can give them and Ramsay couldn’t control his vicious sadism for 5 minutes to win them over) and are on the run through the balmy Canadian summer. Alas, not being Canadian, they’re cold and half frozen to death and not really up to fleeing cavalry. Thankfully they’re rescued by Brienne and Pod (who has learned a lot about fighting on horseback) and Brienne can offer her oath to Sansa (seriously, someone accept Brienne’s oath, she’s desperate!) and Sansa accepts – with Pod prompting her.

Yay, a good news story! And I will say this about Game of Thrones, it’s brutality is so often awful, but their fights are very real about it. There’s no-one walking through a fight against several enemies completely unscathed

More depressingly we move to Kings Landing where Margaery is still imprisoned and being tormented for not accepting the homophobia of their religion because of course we have to have religion be homophobic and persecutors, of course they do. And Cersei is half broken with her own experience from the church when her brother Jaime comes home… with her daughter Myrcella’s body

Wait, she’s dead? Let me flip back to last seasons’ recaps. Yup, she’s dead, Ellaria Sand has poisoned her. I think this is where Cersei and Jaime get especially dangerous because They. Are. Done.

In Dorne, Ellaria Sands and the Sand Snakes (daughters of Oberyn) continue their kill fest by murdering Doran, Prince of Dorne, and Tristan his heir. Most of the guards just watch – Ellaria seems to speak for the people when she accuses Doran of being inured in his palace, completely unaware of how angry the people are at his leadership. I think this is where Dorne’s history needed to be explained more – how Dorne was the only kingdom that the Valerians didn’t conquer; how their words are “Unbowed, Unbent, Unbroken.” They’re characterised by their defiance. More recently, Doran has forgiven the Lannisters both the death of Oberyn and the death and brutal rape of his sisters Ellia. Ellaria –and the people of Dorne – are not big on forgiveness. I wonder if this is going to be sign of female dominance in Dorne, already the kingdom with the most gender equality

Well that was one kingdom not involved in the war… guess that’s out now. Daenerys there’s going to be nothing to conquer any more!

Said conquest isn’t likely any time soon as Tyrion and Varys walking through the pretty devastated and tense city of Meeren find that her fleet has been burned. Daenerys herself has been kidnapped by (her suitors diseased Jorah and pining Daario are following her) Dorthraki. Being Dorthraki, they’re a racist stereotype of marauding rapists (even with marauding rape pretty much being a constant part of Game of Thrones) lusting after he pretty white lady (with Dorthraki women spitefully hating the beautiful white woman because she’s so beautiful). After many many many rape threats, Daenerys manages to invoke her status as Khal Drogo’s widow, rendering her unrapeable on account of having being raped by Drogo. While it’s a relief not to have more drastic rape on this show, it also means Daenerys has to be dragged to Vaes Dorthrak with the other widows. At least until her dragon or the rescuing followers step in.

Arya’s still around in Essos as well, beginning a rather obvious training montage.

Now back to the North, where John has been murdered (normally I would be sarcastic about this, but Game of Thrones is literally the only show where I believe them when they say “anyone can die.”) John’s loyal followers whose names I can’t remember, including Ser Davos, Stanis’s ex-chief-fan are all sad about that. Thorne is in control and planning to slaughter the loyalists – giving them a day to surrender politely to be slaughtered. It seems hopeless

But there’s Meslisandre, the red priestess who cannot say dressed for five minutes. This time when she strips and takes off her necklace we see that she’s actually a very old woman with a magical cloak. This reminds us she has woo-woo – including resurrection

I don’t think John will be dead for long.