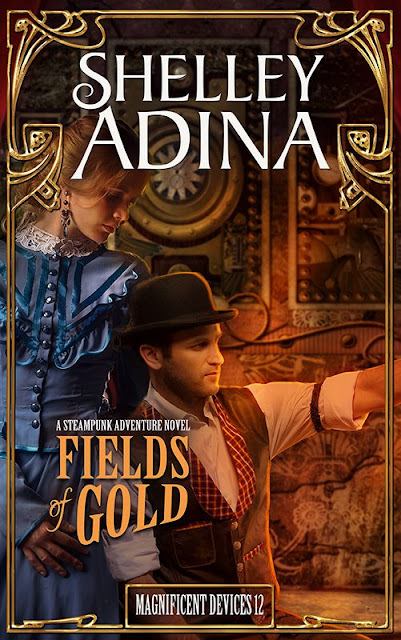 But is she willing to marry a man she just met – again – and give up her chance at love?

And how does one say no to a prince when surrounded by his army?

It’s a dangerous, difficult political game Gloria has to play – and the entire country may be irrevocably changed by it

It’s hard not to sound like a broken record when talking about a series that continues to do the same thing right every time – but I have to say it again: I love how these women work together. I love how we can have several capable, intelligent, skilled women who are happy to work together without competing, without hating each other, without unnecessary dislike or conflict, without jealousy, without rivalry but with genuine friendship and respect. We have Gloria and Alice of course, but we have the Brujahs and we have Honoria and we have Isabella

I think it’s Isabella that stands out to me, not because she’s specially stand out character – but because there was no narrative push to have another strong female character from the Spanish aristocracy. But she’s there – she’s there to show the strength and intelligence of women from every corner of this world

And I love the rose rebellion, the power of women who aren’t just going to be silent in a land that oppresses them so completely; the power of women in a place that tries to deny them all power – and how being oppressed doesn’t mean they have no capability and intelligence. It’s a wonderful element to add

Oh and there’s a moment that had me fall to my knees in praise. Two of Gloria’s good friends unfortunately, through sharing too much information, put her in a difficult position. It is a betrayal. And Gloria is hurt… and then gets over with it. I mean, she’s angry and upset but there’s no big dramatic tantrum, there’s no refusal to talk to them about it, there’s absolutely no holding a grudge for the entire book. It didn’t downplay what happened but at the same time everyone had much more important things to concern them than this. It’s also very natural and real – yes her friends made a mistake which hurt her, but they’re still her friends, she still values them and she’s not going to dramatically throw away their relationship because of it. I wish I could see this more often when we have so many protagonists who take chapter on chapter to get over an offence like this.

I love Gloria and Honoria navigating the royal court, I love the political machinations and manoeuvres and the formidable team Gloria, Honoria and Isabella made with their combined experiences. In fact, I would have loved to have seen more of this. I would have loved to have seen entire books of them rallying their hidden female army, using them as informants, recruiting wives and daughters and outmanoeuvring their opponents over and over again before we ever got to the outright war. Moooore I wanted moooore

All of his comes with some excellent writing – including a really really epic battle scene that was awesomely well done.

I also like that we have a clear lesbian relationship in this book, which is excellently well done and so important to the plot. We also have an Asian character with the Brujahs who is not just a skilled engineer but also nicely outspoken and challenging which is, again, excellent – as well as a whole lot of Latina characters. I think – ok my same equivocations from Fields of Iron apply.

There are two elements that… well I won’t say they don’t work because they did, but I wasn’t that invested in them. The first was Captain Freemont, Gloria’s love interest. I just don’t buy where this relationship came from – I saw it as a marriage of convenience but I don’t think they were ever really together long enough or notably or… well anything to make me buy that she was suddenly madly in love with her. And part of me feels that because Gloria has been so selfish so completely, she needed an “excuse” to say no to Prince Felipe’s proposal. If anything having Freemont’s love detracted from Gloria – because it would be nice for her to say no because she simply didn’t want to – and that’s ok. That a temporary marriage of convenience was one thing, but spending the rest of her life with a stranger was a sacrifice too far.

Back to wanting more, I wanted more. I wanted more Gloria (but, again, not Gloria marriage – but Gloria taking over her company, Gloria taking new business ventures and flourishing since she has such an excellent in now with the Californios), I want to see her story develop. I wanted to see how Alice fits into English society. I want to see how the Californian culture and tradition now changes… and I don’t know if I’m going to get that. Because this is technically the end of this series. I think the world is going to continue (and I am still holding Shelley Adina to her promise of Regency Punk!) but these characters may be retired and I’m really sad about that. I remind myself that Claire has taken a back seat for some time now and Gloria and Alice were equally awesome. But I can’t help but be sad

But that is the true epitaph of a great series: when the last book ends, do you miss it? Do you want just one more? Are you not ready to let it go? Well I’m not ready to let The Magnificent Devices go, not at all.