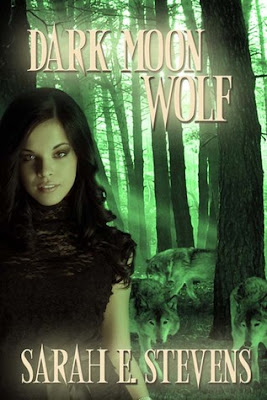 Julie is a librarian and a single mother with a newborn and just coming to grips with that. When, one full moon, her baby turns into a wolf pup.

Utterly confused she clings to the one person who may have answers – the father of her child. Only to find Mac is dead, murdered – and he’s not the first werewolf from his pack who has been targeted. And whoever took those wolves are now targeting her baby

This is one of those books where it’s a little weird that the protagonist is involved. I mean, Julie is human, completely human no special abilities, and she has an infant child in tow. Yes that baby has been threated and it’s understandable that she would want to stop this threat – but running towards it, playing amateur detective in a strange city with unknown enemies while carrying a baby along with you? That doesn’t seem reasonable or sensible. She’s not just running into danger like so many Urban Fantasy protagonist – but she decided to bring her baby along for the ride.

It’s one of the underlying issues of this book which can be hard to follow –the constant question of why the protagonist is even here. Why is she involved, why is she making decisions in this situation she knows so little about – it’s a perennial problem whenever we have a human protagonist in a supernatural book.

But it sits alongside a whole lot of things that are done so well. After all one of the minor conflicts of this book is Julie feeling so very out of place among the werewolves and the witches and being depreciating – without a huge amount of angst – in her own abilities, but still finding her own ways to contribute and help.

The leader of the werewolf pack is a woman. Yes, an actual woman alpha – and she openly pokes at the whole idea of a big hair man who would have to lead a werewolf pack. And there is a moment of girlhate with Julie deciding to make massive assumptions about Lilly because of her appearance – deciding she looks like “a stripper” and being generally shamy and contemptuous. But it’s all subverted by the fact she is the alpha and clearly powerful and capable and a more than decent leader. Julie’s prejudiced judgement are exposed to be exactly what they are in the face of her capability

And the main characters joining Julie in her mission to find out what happened to Mac (her ex) are both women – there’s Sheila her lifelong friend with her own supernatural secrets and Eliza a female werewolf (multiple female werewolves! It’s odd to say but this genre seems to have almost adopted a law that all werewolves must be male which makes this both so special and unique) with a lot of power and strength. In both cases – and with another female werewolf (another one!) companion of Mac’s, Julie does have moments of jealousy and feelings of inadequacy, thinking how much more attractive they are than her. But it’s presented very much that it’s her own insecurities being unreasonable rather than any actual fault on the part of the women. And Julie recognises it in herself as well and works through it.

I like the world building that goes into adding some level of depth to werewolf culture, some more elements and mysticism and the general moving away from werewolves and sheer physicality, violence and brutality that is so common. At the same time I would have liked to know more about it – and witchcraft – part of me thinks that Julie asked very few questions considering this whole supernatural world opened up in front of her and her baby boy is apparently part of it but at the same time given the immediacy of the threats she had to deal with and the new reality she had to absorb I can equally understand why she put all of that on the back burner. I think we can see that in the way she looks to integrate herself into the supernatural first before learning about the world as a whole. And on that – I have to say I absolutely love how she didn’t just leap at the hyper risky way she could be more fully part of the supernatural world. I mean, in this genre how many protagonist hear “you can do this but there’s a 50% chance you’ll die” and instantly leap at the chance, confident in all of their lovely plot armour? Julie is more sensible than that

In fact, except for her very presence in the investigation, Julie is a very human, very sensible, very reality based character.

We have a couple of POC – the first is a Black man, a werewolf investigator and probably the most present and involved male character in the book. The presence of these eager amateurs into his investigation in no way was used to detract from his competence or skill –far from it. They didn’t turn him into the bumbling inept failure to make them look good – instead they all worked together with competence and skill.

We also have an Asian woman – she only plays a brief role – but she’s a lone wolf and a cat lady. How rare is that? Aside from the whole idea of a werewolf cat lady it also showed a werewolf society that people can opt out of, sensibly and safely - that subtle piece of world building makes a big point about overall werewolf society (again, I feel this book does an excellent job of having little moments like this to look at what the genre has said werewolves have to be and subverting it).

There are no LGBT characters

The plot itself is a nicely paced and interesting investigation, it does an excellent job of revealing a lot of the world and the principle characters while having a story that has action and tension and lots of pressure without dragging out too long (which can be a problem of mystery shows). Revealing enough to expand the world and let Julie see it all and form some really good connections. The plot had enough twists to keep me guessing – but I think it was definitely a character driven show full of lots of minor conflicts and revelations and complexities around the side (like the young werewolves) that all nicely integrated to the greater whole

My main feel leaving this book is how refreshing it is - and how I hope it goes on from here, The Urban Fantasy genre, for all that it has infinite potential with infinite imagination, there are so often tropes that have become so ingrained as to be almost laws. The maleness of werewolves, their physicality, the aggression all feel almost enforced. This book is absolutely a breath of fresh air to subvert so much of that and in so many often subtle ways while telling a good investigation and laying out an interesting world that I really want to see developed.