The Handmaid's Tale, Season One, Episode Nine: The Bridge 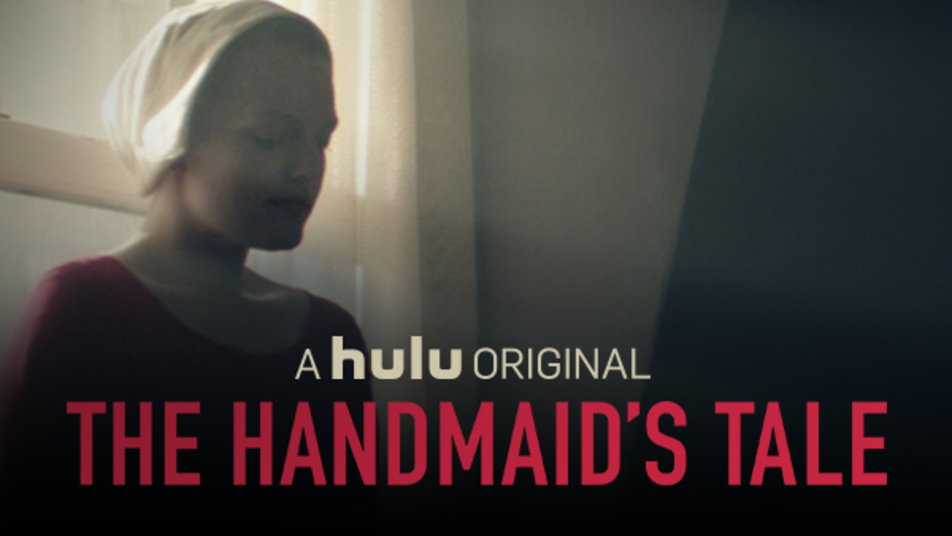 The Bridge is the penultimate episode of the first season of The Handmaid's Tale. It's yet another entree in which we step away from June for a time to see what is going on with the other characters. It's stark but presents a moment that we could all see coming.

When we first meet Janine in the re-education center, she was openly resistant to what the Gilead wanted her to be.  It cost Janine her eye and ever since, Janine has not been the same. We've watched as Janine became pregnant, delivered a child, struggled to negotiate with Mrs.Putnam and the resentment both women have of each other.  At the center of it all is Mr. Putnam, whom Janine believes is going to leave his wife and position to run away with her and their child. Janine is living in a fantasy world and everyone knows it but they are all determined to soldier on and pretend that everything is going to be okay.

It seems that there's a ceremony for Janine to hand over her daughter and she bows to Mrs. Putnam who in turn bows back.  This is meant to imply respect between the two women when nothing could be further from the truth.  Mrs. Putnam is anxious to have Janine out of her house because she sees her as a trouble maker who refuses to be obedient.  Janine's presence is a further reminder that it is she who is the mother and not Mrs. Putnam. Janine hands over her child but as she walks through the Handmaid vanguard that has been sent to witness this grand moment, Janine stops and tells June that Mr. Putnam is coming for her. This is a fantasy bubble that is just ripe to be popped.

Janine like Moira is broken. The Gilead has stripped her of her personhood, and systematically raped her. June tries to intervene with Aunt Lydia, only to be told that Janine is stronger than she seems.  It fits with the idea that one has to embrace this patriarchal mass delusion to think that women who are regularly raped, controlled and then forced to give up their children aren't suffering through PTSD and are mentally competent.  Aunt Lydia has to believe that she's doing the best she can for the Handmaidens under her charge, otherwise she would have to face her own horrible complicity.

Janine doesn't break when she's taken to a new Commander and his wife and is informed that she has a new name now.  Janine doesn't break when she realises how far away she is from the Putnams and her baby. Janine breaks when she must participate in the ceremony and is raped but a new commander. Janine realises in that moment that she's created a fantasy and that it has no bearing on reality.

It's not a surprise when June is woken up early and rushed to an outdoor location to find Janine standing on a bridge holding her infant daughter. Janine wants out and the only escape that she can see is death.  Commander Putnam tries to talk Janine down but she reveals that he asked her to do all of the kinky things like sucking his dick that Mrs. Putnam wouldn't do.  Commander Putnam is quick to call Janine a liar but everyone knows that Janine speaks the truth.  June tries to talk to Janine about being hopeful and things going back to the way they used to be. June talks about doing Karoke and going out dancing but all Janine can wonder is who would want to dance with her now. For Janine, her missing eye is but a physical manifestation of just how broken she is on the inside now. Janine cannot delve back into a fantasy but June does manage to convince Janine that her daughter does deserve a chance to grow up.  Janine makes June promise that her daughter will grow up knowing that she was loved by her mother before handing the baby over.  Janine tells June goodbye and promptly jumps off the bridge. The antipathy in this situation is not that Janine jumps because that was always going to happen. The horror is that Janine survives and has not in fact escaped the abomination of the Gilead.

Proof that the Gilead is indeed cracking down on it's wayward commanders happens when Putnam is taken into custody based on Janine's accusations. Serena Joy tells Mrs. Putnam that she hopes Commander Putnam will only receive an admonishment and that she won't suffer any further consequences. Somehow, you just know that the Gilead would hold Mrs. Putnam responsible for her husband actions. If only Mrs. Putnam had sucked her husband's dick and been a better love, Mr. Putnam wouldn't have had to stray. Mrs. Putnam isn't about to be counselled or comforted by Serena Joy and is quick to point out that everyone knows what happened to the Waterfords first Handmaiden and that men don't change. Serena Joy it seems would be better served by watching her own glass house.

Though we see a lot of Janine this episode, that doesn't mean that June is completely erased.  June has decided that she wants to help Mayday but this means a trip back to bawdy house to try and retrieve a package. The only way to do this is to convince the Fred to take her and to convince the commander that she liked their little excursion by fluffing up his ego.

June repeatedly talks about wanting to go and have a drink by the bar and she even lies and claims that she likes to see the way the other men defer to Fred but he's more interested in raping June.  This time, June doesn't cry but Fred isn't pleased that she doesn't act like she likes being raped, once gain revealing just how fragile his ego really is.  Not only must a woman submit to being raped, she has to pretend to orgasm and be into it.

June doesn't get to go down to the bar but Fred does arrange for Moira to show up at their room, having noticed that the two of them spoke the last time they were together.  Fred goes off to shower, leaving the two women alone.  Moira is not impressed to see June again and she sure as hell is not down with getting a package. Moira's been defeated by what she's seen and what she's forced to live with.  This is when June decides that it's okay to lecture Moira and I'm so not down for this.  Part of what makes The Handmaid's Tale so harrowing for many is that white women are now being subjected to what WOC have had to survive. Now that it's happening to White women, there's no pretense that the rapes are a love affair. Where the fuck does June get off?  While white women were sipping sweet tea, Black women were trying to fight their husbands off in the slave cabins. This scene speaks to just how tone deaf The Handmaid's Tale is when it comes to race. Moira may be a shadow of her former self but she's right when she reminds June that they have no idea what is in the package that Alma wants her to procure; it could quite literally be anything.

At the Waterfords, Serena Joy is keeping busy making baby clothing for the child that she wants. She decides to slip downstairs and get a drink. Serena is joined by Rita, who thought when she heard movement that it was Fred returning home. The two women share a drink and talk about Mrs. Putnam complaining about losing sleep to her new child. Rita talks about her son who died helping to build the Gilead. Later, when Fred does finally make it home, Serena doesn't ask him where he's been.

June makes her way to the butcher where she is surprised to receive a special package and a note from Moira. The note reads, "praised be bitch, here's your damn package". It's classic Moira and indicates that she ready to fight.

When next we see Moira, she's dressed as a driver, having killed the commander who requested her services and is making her escape from the Jezebels. Praise be bitch indeed.

With Nick sniffing around about just what June might be up to and the increasing focus on the wayward commanders, June is really in trouble. We know that the book ends with the Eye showing up and Nick trying to smuggle June away but we have no idea if June gets away safely.  We are taken to the future where we learn that people are studying the Gilead and they talk about the crackdowns on the Commanders that we are just beginning to see. What will become of June and the Handmaidens we have come to know?  Will Fred finally be held accountable for his actions?  Can the Gilead sustain itself when women would rather kill themselves than participate?  I don't think we will get the answers to all of these questions in the season finale but the penultimate episode did at the very least set up a situation of great peril for June.