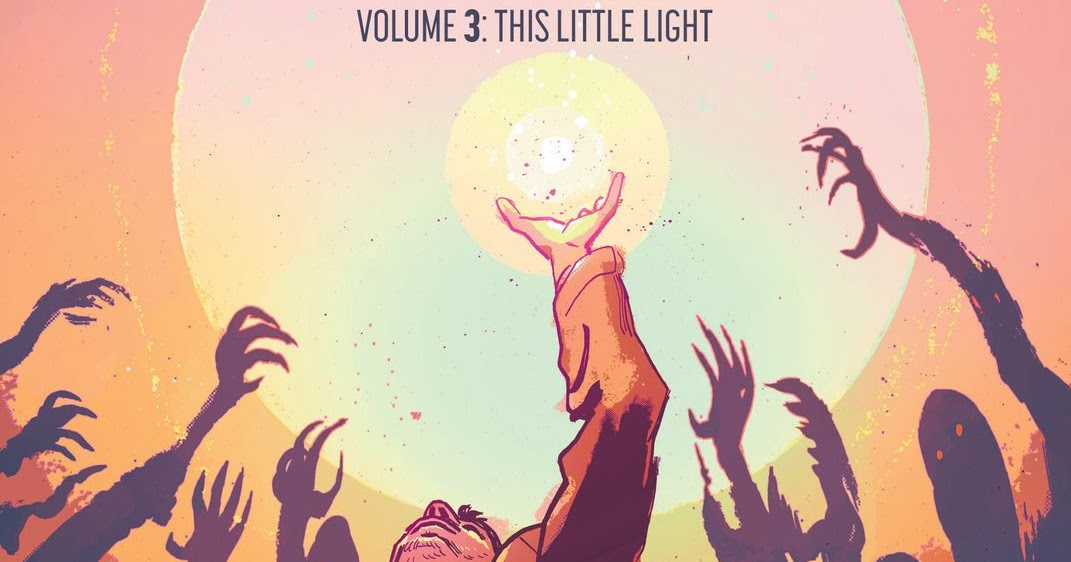 When we last left Outcast, Kyle's sister had been possessed by what we assume to be demons. It's easy to make this assumption because the Reverend John Anderson has spent his entire life performing exorcisms to remove them from the bodies they steal. The Reverend sees everything from a biblical perspective and is unwilling to consider any other angle which frustrates Kyle.
Over time and by questioning Sydney and the possessed, Kyle has figured out that the entities which are taking over humans in the town are drawn both to him and his daughter, Amber, who has inherited her unique abilities from him. Allison became possessed because the entity was attracted to Amber's light. Kyle is only beginning to piece things together.  Despite all of the years that Anderson has spent supposedly performing exorcisms, he knows next to nothing about the invaders.
Just as in the show, Anderson is quite an arrogant asshole.  Anderson is absolutely resistant to the idea that he isn't doing God's work. When he is presented with evidence, like the fact that Maurice is just as affected by Anderson reading the phonebook, as when Anderson read the biblical passages to the other afflicted, Anderson decides that God must have somehow imbued his voice with the holy spirit.  Anderson even discounts the fact that regular water seems to work just as well as holy water.  At the center of Andersons's angst is the idea that he is isn't important and that he's lost his family for nothing.  Kyle is determined to experiment and then learn from each interaction while Anderson looks for away to explain away the evidence in order to centre himself and his faith. It's telling that Anderson refers to God as an asshole when he begins to come to the realisation that he isn't the centre of everything. Anderson's faith is based on his own desire for power and a feeling of superiority more than anything else.
It's clear now that Sydney is the leader of the beings which are controlling the humans.  Sydney talks about a great merge that is coming and he clearly sees Kyle as a threat because of course, Kyle can excise the beings.  What is it about Sydney that makes him the leader and what is his ultimate goal? The merge implies that everyone in the small town is going to have a creature inside them. We know that the creatures are attracted to Kyle's light but they can still come through without that.
We really are at the point of needing some answers. Okay, we know that we aren't dealing with demons because otherwise using a phonebook and ordinary tap water would have no affect on them.  We also know that if the being is inside a human for too long, they cannot be seperated without harming the host. This is why Kyle's mother is in a coma. What we don't know is exactly what these beings are and where they originate from.  We know that we have to look outside of the biblical understanding of these beings as well.
What is interesting is that Amber has inherited the skill of an Outcast from her father. Does this mean that there are other Outcasts whose lives are in turmoil like Kyle?  Is the genetic link significant in some way? Also, who the hell is Kyle's father?  Kyle now knows for certain that his mother wasn't responsible for the abuse but he feels new resentment because he knows nothing about his dad. Is Kyle ever going to be okay with the women in his life?
One of the things that disturbed me in A Vast An Unending Ruin, is the way that Allison seemed to have no problem with Kyle stalking her. Kyle didn't tell Allison that it was she who attacked Amber in order to protect her from the knowledge of her actions while she was possessed. It's really tempting to see this as a good thing but what it really constitutes is Kyle deciding that Allison is to fragile to know the truth and taking on the role of martyr.  Kyle only tells Allison the truth when she overhears his conversation with Madison.  Allison of course thinks that Kyle is mentally ill and suffering some sort of break. Allison is angry because she believes that Kyle led them on and that there's no future for them now. Really?  Allison is barely upset about the idea that Kyle may have abused them but not being able to get back together with him is a problem? This story line doesn't make any sense. Even if Allison didn't remember the attack, for it work, Kyle would have to count on Amber not telling her mother the truth about what happened.  Why is it exactly that Amber didn't tell her mother the truth until asked? How is it that Amber didn't exhibit fear of her mother, since Allison is the one who attacked her?  None of this makes even a little bit of sense.
At this point, I'm really starting to feel that the story is being overly drawn out. Much of what we learned shouldn't have taken three volumes to flesh out.  It feels as though the series is in a holding pattern, unsure of where it's going, so it keeps treading over the same territory revealing minute details. We've learned that the newly possessed are like children because this is their first time in a body and they are overwhelmed with the sensations that come with it. Now that Kyle has been kidnapped by Sydney, I hope that we learn more. The problem however is that to learn the true reason, Sydney is going to have to do the mustache twirling villain routine which necessarily doesn't amount to good story telling.