Review of Season One of Sanctuary 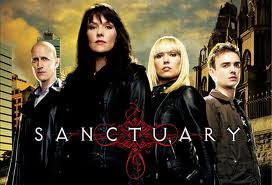 Despite all of its problems, I loved this show.  Each episode was really compelling and they actually spend some money on special effects. It is easy to invest in the characters and the constant reference to an alternate world keeps one guessing.  To tell this story, we have to travel backward in time and there is an immense potential for potential plots because Sanctuary is not limited to a specific form of supernatural that is the focus of the story.  The very fact that there are no limits to the plot is so exciting that even when they do the monster of the week, one is never certain if there is a greater point at play.