Though urban fantasy involves various supernatural characters the ones we see most often are vampires, were creatures, fae, zombies.  Some would probably argue for the inclusion of ghosts but I believe that traditionally they belong in the horror genre.  Each supernatural creature has a long mythos, with some evolving as they become more popular. 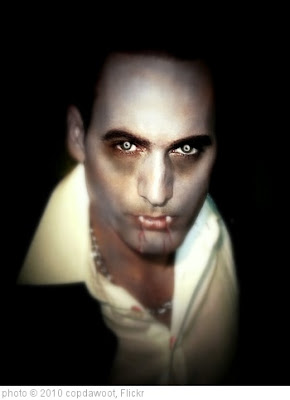 What we recognise today as a vampire is far removed from the original vampire.  When they are not filled with emo, falling in love with teenage girls, and sparkling (note: I’ll never forgive Stephanie Meyer for this)  The original vampires were more like pale bloated leeches than the stunningly attractive blood drinker that they have morphed in. Today, no one would accept Bela Lugosi as a vampire, in fact I am pretty sure that Damon Salvatore would attempt to glare him out of existence, while Edward ran around throwing sparkles on him.

Vampires far outnumber any other supernatural in urban fantasy. Part of their allure has always been the prospect of eternity or at the very least longevity beyond the human lifespan.  Today, much of their violence is romanticized and vampires are often seen as tragic heroes.  The longevity that they are admired for, ironically is usually the cause of their suffering.  The world moves on, it changes and it involves, but the vampire does not.  Who they are when they died is who they remain. 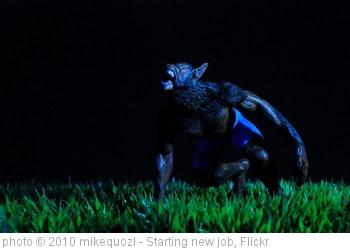 There are a myriad of sources for the various shapeshifter myths so it’s hard to say how far they have changed. From the cursed monster on the full moon, to the shifter that uses a token to change, to ancestral defenders - every land has a shapeshifter myth. It’s hard to say how far they have come from their origin - most of the genre started with werewolves but quickly branched out to the whole world’s myths (and more exotic creatures than boring old puppy dogs) - but unlike vampires, werecreatures have largely escaped the mustiness and don’t seem to spend their lives chasing teen-aged girls. This is a major asset in the werecreature’s corner as the Musty Vampire becomes an almost required element of vampire stories.

However, they’re also deprived cool, sexy British and French accents which are a must have for any vampire worth his salt. They may lose on sexy points to the vampires, but with feline grace to gruff hairiness, they still manage to hold both their own and their romantic partners with animal magnetism. And, essential for any supernatural being, the use of curse, animal instincts and painful, forced shifting ensures they will always have a source of proper angst and sadness. Though, admittedly, even the most tortured werewolf pales next to the angst-master vampires

It’s unlikely werecreatures will ever overtake the juggernaut that is vampiredom, but their diverse stories ensure they will always be fresh with new angles always waiting - and perhaps the perceived over-saturation of vampires may allow the fuzzy ones to sneak forward in the supernatural stakes 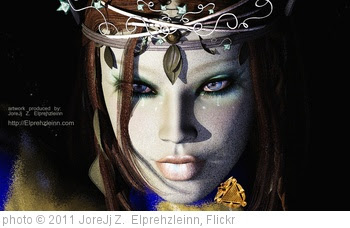 The fae are relative newcomer to urban fantasy and don’t have near the saturation of the vampires and the werecreatures. Fae are predominantly based on the myths and legends of the British Isles which means they’re also a little more obscure and not quite as established as the much more dominant vampire and werecreature myths.

Except, when it comes to shiny, sexy people with mystical allure? Step back Mr. Cullen, the fae did it first and did it better. And even more of a strong point is that, since they’re not a huge part of our cultural consciousness, we have few preconceived ideas about what makes a fae. As such we’re now seeing fae stories that group supernatural myths, legends, fairy tales et al from all over the world into incredibly diverse worlds labelled fae. In terms of sheer diversity and options, the fae win hands down - and you can do nearly anything with them without stepping ion any established tropes (daywalking vampires and silver-loving werewolves are always going to cause some huffing)

The fae may be behind and relative new comers, but they have the full weight of all the world’s storytelling behind them, all the beasts that go bump in the night, all the warnings past down from children’s tales. And, while the werecreatures are becoming ever more tame and the vampires more musty, the fae are still alien, still mighty and still ready to be downright scary when they have to be. Of all the monsters of urban fantasy, the fae are the ones still showing their fangs, sharpening their claws and prepping their curses - and when the Hunt is coming, you had better hide. 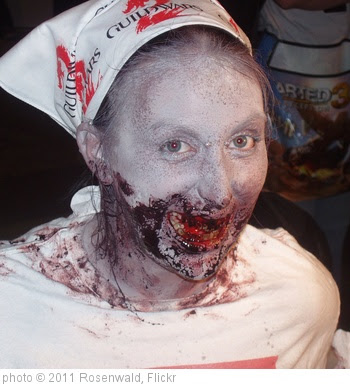 Zombies have traditionally found a home in dystopian fantasy or horror.  With the release of The Walking Dead comics, they have become extremely mainstream.  With the exception of Diana Rowlands zombies who actually are thinking beings with autonomy.  Normally when we see zombies they are mindless rotting creatures in search of live bodies to feast on. Zombies create others through feeding and there is no active choice.  Even when they are grouped in mass numbers because they have no thinking capabilities, each zombie is nothing more than a slowly lumbering shell.

The one question that has yet to be answered in most zombie stories is how they continue to exist in such large numbers.  The human body begins to rot from the moment of death, and yet we rarely ever reach a point in these stories where the rotting process removes the threat of the zombie. In fact the only example that I can think of that actually takes this into account is David Moody’s Autumn series.  Two years have elapsed in The Walking Dead comics and the survivors are beginning to worry about expiration dates on food, but somehow, these zombies continue to be a threat.  I’m no mortician, but I am pretty sure that being exposed to the elements over the years should be enough for the human body to disintegrate to a pile of bones.  This most definitely a case where the consumer is expected to suspend their belief.

However, zombies are not and will never be sexy... which will forever banish them to the sidelines.


So, readers, what do you think? Which is here to stay, which one wins and which is going to fall by the wayside?
Posted by Sparky at 12:00 PM