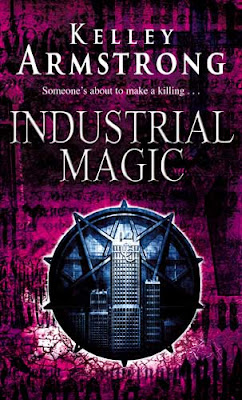 Paige and Lucas are back, now having settled down in Portland after the chaos of Dime Store Magic that completely ruined Paige’s life
But Paige herself is feeling a little disconnected so far from her world – especially as Lucas’s life goal continues and often takes him away from her. It’s even more vexing that she feels pinned down by her duties as a parent for Savannah.
Then the in-laws get involved. Lucas’s father, Benicio Cortez CEO of the Cortez Cabal, is constantly trying to rope Lucas back into the family fold however he can – and Paige just became another way to reel him in. with a case that Paige and Lucas couldn’t possibly refuse, they’re recruited to find out who is killing the children of Cabal employees
Unfortunately, working for the Cabal is far from simple. Politics between the Cabals, the Cabals’ contempt for witches and the Cabals’ own, selfish way of dealing with things means they’re not nearly as driven to find the truth as Paige and Lucas –even as the body count starts mounting.
The story was a very good mystery – there were questions and clues that were followed, political problems to get round with Cabal infighting, to say nothing of the problem of working for the Cabals in the first place. The progression was logical, the discoveries entertaining and it never dragged or bogged down all the while the character interactions were fun and amusing. And the investigation was sensible – there were no radical leaps of logic or silliness, it just followed logical clue after logical clue, using magic but not relying on it to provide a woo-woo answer to all their problems.
I still love this world with the varying supernatural forces with their own powers, abilities and politics. The cabals, the Sorcerers, the vampires, the half-demons – they all work well together and ensure everything remains diverse and interesting and they all came together well.
I really like how the Cortez Cabal is presented and balanced here, in fact, I like how balance in general is shown. The Cabals aren’t great evil organisations, but nor are they even slightly altruistic. They are callous, unfeeling, greedy and very self-centred – but nor are they vast crime organisations grinding people beneath them either. And the Cortez Cabal is better than the others, but at the same time isn’t the “good” Cabal, with Benicio being just as ruthless and cruel as any of the other Cabals when required. The same goes for balance generally – the bad guy isn’t evil for the sake of evil, he has a legitimate reason to be furious at the Cabals, just as the Cabals had a legitimate reason to make him furious in the first place. Lucas’s brothers aren’t just selfish and awful, Benicio’s actions ensure they have a reason to be resentful and angry. The motives are human and reasonable rather than caricatures and overly dramatic.

In this book we see Kelley Armstrong’s main strength shine through again – her characters grow and mature from one book to the next. Paige has grown from Stolen to Dime Store Magic to Industrial Magic. You can see how she’s matured yet still kept the traits that made her her. She’s still fiercely proud and a perfectionist overachiever who insists she can do everything – but it’s tempered by a grown awareness of her limits (like not being able to run 2 miles the first time she takes up running) and a blunting of her arrogance. She still demands respect and doesn’t regard anyone as a superior – standing up to Benicio Cortez despite his power and influence, yet not running roughshod over people arrogantly as she did trying to take over in Stolen. She still thinks witches demand respect and feels an urge to stand up for her people, but is no longer enamoured of the Coven system or unwilling to see their faults.
In short, Piage has grown from an interesting character who was childish with many flaws, through to a mature, wiser character who has become aware of many of her flaws and grown through them to develop more depth and capability. While at the same time being the fun, unashamedly sexual, energetic, pro-active, intelligent and strong woman she is. She’s one of the good ones.
Inclusion-wise, Lucas and the Cortezes are Latino. I didn’t pick up on this before because of the history of the Cabal – in Spain. So I took their names and language as indication of being Spanish rather than Latino, however they are expressly labelled as Latino in this book – and pretty devoid of stereotypes and tropes and certainly loaded down with capable skills (albeit, dubious morality – except, of course, the moral paragon of Lucas).
All in all, this book seals the Otherworld series as some of my favourites. The characters, the developments, the story and the world – it’s well worth a read