Face Off: Werewolf vs Werewolf

Werewolves aren’t nearly as popular as vampires in urban fantasy, but they have managed to carve out their own specific niche.  With the exception of Teen Wolf, they are rarely the sole supernatural characters, let alone the protagonist.  I think part of the problem is the way that werewolves are portrayed in media.  To make a good werewolf, CGI is necessary. As much as I may dislike the angst ridden Twilight, I think that it’s impossible to deny that the shifters, (I say shifters because technically speaking, the members of the tribe were not werewolves) were absolutely impressive. 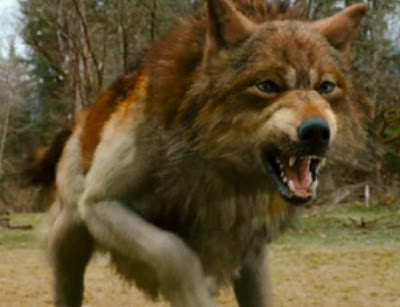 Seriously, who would ever want to mess with a creature that looked like that?  That is something to be feared.

There is also this entry from The Underworld Series. This werewolf may not be sexy, but it sure as hell inspires fear.  It is easy to understand how these lycans present an actual threat to vampires.

For the most part, we don’t see massive effects on Teen Wolf.  The following is easily the norm.

But in last year’s season finale, Teen Wolf really spent some money and we got this: 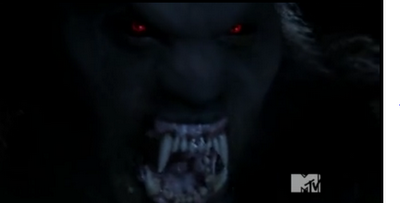 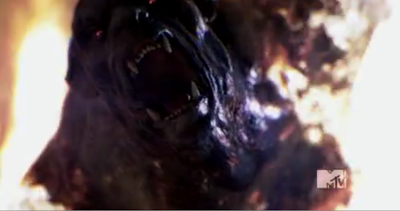 By far the greatest disappointment when it comes to werewolves has got to be True Blood.

Are we really supposed to believe that vampires really see them as a threat?  In season three, episode one Bill, the mustyest of all of vampires took on four by himself. 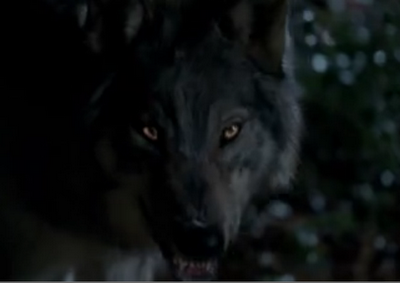 Shit, even a human with a good gun could have done some serious damage.  True Blood has clearly decided not to spend any money on special effects and that is to the detriment of werewolves.

I think part of the reason that werewolves don’t appear in urban fantasy movies and television more often is because it is expensive to create a realistic looking one. Every time I see the True Blood version, I find myself saying, "spend some damn money Alan Ball." A werewolf should make you scream with terror, not yell "awww puppy!"

Werewolves are aggressive, huge, terrifying creatures and though much of their story usually relates to a curse of some sort - the very nature of their being should lend itself to some very interesting visuals and stories.

Why do you think we aren’t seeing more werewolves and do you prefer the larger than life version, or the I’m allergic to spending any money True Blood version?
Posted by Renee at 12:00 PM