Are we too tough on Indie Authors? 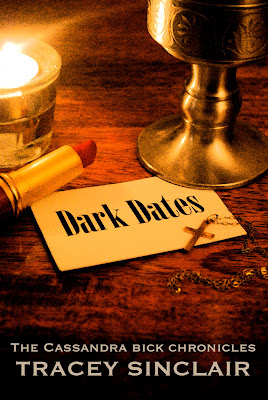 This is a Guest Post from Tracey Sinclair, Auithor of the Cassandra Bick Chronicles

I had my first novel published nearly 6 years ago. With spectacularly bad timing – though obviously I can take no blame for this – it came out on the day of the London bombings, so my jubilation at finally seeing my name on a book was understandably overshadowed by more pressing concern for the devastation of my beloved city. My second book, a collection of short stories, luckily had a happier entry into the world, complete with a wine-fuelled, well-attended launch at a central London art gallery, after which I assumed that literary fame and the accompanying riches were mine for the taking.

Which, of course, is how most writers feel when their books come out, only to quickly realise, at least for the most part, that it’s devilishly difficult to make real money from your writing, and even with a couple of books to your name, you can’t quit the day job just yet. But, in some ways, I didn’t care – I was very good at my day job and in no hurry to quit it, and I was proud enough that, after years of on-off publication in magazines and anthologies, finally if you looked me up on Amazon, there I would be. (Admittedly, that had always been the case – there’s a prolific romantic novelist called Tracy Sinclair, which has led to some entertaining misunderstandings over the years– but this time the books you found would at least have a 50-50 chance of actually being mine). My friends were delighted and supportive, and although my publisher was a small press with a limited budget so my marketing budget was very low, I felt in some crucial way I had made it. I was finally an author!

Fast forward a few years, and the day job had started to pall, so I went back to my old career of freelance writing. I’d also got bored of ‘literary’ fiction (as my previous work could probably be classed) and decided to write something I could have fun with: an urban fantasy novel. Admittedly, I wanted to make it MY kind of urban fantasy novel – tired of the teenage swoons of Twilight and its impersonators, I wanted a feminist heroine, with actual female friends, and a cast of characters that reflected the different cultural make up and varying sexualities of my adopted city. It clearly wasn’t a fit for my existing publisher – and besides, I wanted to embrace the new possibilities of the digital world, in which I was now so active. So after sending out queries to a few agents and getting tired of the same ‘vampires are over’ response, I thought, sod it, and put the book out myself.

Now, I didn’t just chuck it together: I enlisted a beta team of readers to make it the best it could be, a publishing expert to do the cover, and I had it professionally formatted. I have over 20 years of writing and editing experience: I’m not a novice at this. I know it’s not perfect – in retrospect I would hire a proofer next time, as the odd typo has slipped through, proving the old adage that you can never edit your own work. (Though, since standards in traditional publishing are increasingly shonky due to cost cutting – I recently read a Harper Collins book that referred to Henry VIII’s siblings Edward, Mary and Elizabeth I – I think it holds up relatively well). I was ready to face the world! I knew that marketing it would be tough, and a lot of work, but I was ready for that. What surprised me though was the amount of hostility and downright suspicion that being an indie author attracts.

Don’t get me wrong: I have dealt with a huge amount of very lovely bloggers and reviewers, and I’m convinced they represent the majority. But the amount of sniffiness that some people in the field have towards indie authors is astonishing: there seems to be a preconception that being an indie author will mean that you likely can’t spell, can’t write, can’t deal with any level of criticism without becoming a raging lunatic who will retaliate in a personal manner… the list goes on. Well-established authors – perhaps threatened by the success stories of indie authors (who, after all, get a much better percentage of royalties) have implied that being an indie author means you’re not only not good enough to get published, but you’re probably lazy as well (yes, Sue Grafton, I’m looking at you, and I love you so you’ve broken my heart a little).

Now of course, if you’re a blogger, and you’re doing this for nothing, you have an absolute right to say, ‘no, bog off, I’m only interested in reading or promoting a certain type of book’ – it’s your time, your blog and your decision (I’m a blogger myself and I don’t take on any reviews at all, preferring the freedom to comment on what I like, at random). But there are ways of doing that without sounding like you’re sneering at the whole concept of indie publishing, or being snippy in public forums about people whose only crime is to produce something you, personally, aren’t keen on reading. And, certainly, some ‘authors’ (and I use the term loosely, because I’ve seen the quality of some of their posts and it casts serious aspersions on any claim to being a writer) should be ashamed of themselves for the way they have behaved towards bloggers who have dared not to give glowing endorsements to their books. But as just this week we’ve seen two different mainstream authors unmasked for using ‘sock puppet’ Amazon accounts to denigrate their rivals’ books, being published is clearly no bar to bad behaviour, so why should indie authors be the only ones who get tarred with the insanity brush?

The publishing industry is changing: the big money is increasingly commanded by celebrities, and being picked up by a mainstream publishing house no longer holds a guarantee of success. More and more self-published authors are out-earning their competitors, recognising that with the right books and sales pitch, they don’t need to be handing over a big cut of their earnings to an agent and publisher. I think we should celebrate the fact that there are fewer barriers to entry in a market that has over the last few years become risk averse and stagnant, and I think that bloggers who are genuinely interested in unearthing good books should be open to where those books are can come from. I also think that we, as an online, book loving community, should foster a zero tolerance policy towards authors who harass bloggers or retaliate against reviewers, or who maliciously slur the works of their rivals. This isn’t a battlefield: it shouldn’t be published authors versus unpublished authors, or writers versus bloggers. In the end, aren’t we all on the same side – the side that loves books? 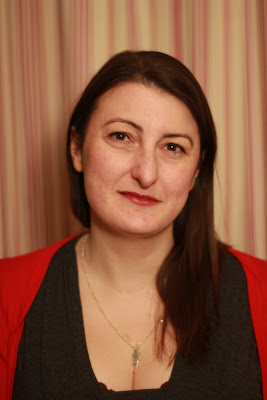