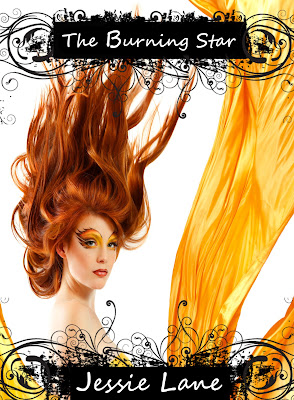 Kay has returned with her mother to her home town after a lifetime of travelling around. But now she is staying still in her mother’s last ditch effort to try and save her life - since she’s dying from a terminal disease.

But the cure comes from an unexpected source – as she finds herself exposed to the supernatural world. Suddenly surrounded by fae royalty and werewolves, fighting demonic hellhounds and going on her first date in the middle of it, Kay finds there is far more to her past than her mother ever told her.

She has a new life ahead of her, a new world and a new family – and perhaps, in the midst of it – a cure for her disease.

Unfortunately, I didn’t like this book. And it wasn’t just a matter of disliking the book, I ended up disliking it for so many reasons that it’s difficult for me to try and find parts of it I liked.

Firstly, and, perhaps, worst for me as a reader was the pacing of this book or even just the organising of events. The book opens and, after a few pages, the action hits. The protagonist, Kay, arrives in town. On day 1 she meets Ryan, the love interest and first supernatural guy. On day 2 she meets Nick, the love interest competition and second supernatural guy. This is the same day she finds out the supernatural is real. There then follows info dump after info dump after info dump. So much of this book consists of just huge chunks of world building being told to Kay, huge chunks of history being told to Kay, huge chunks or preview being told to Kay and generally lots of people sitting around telling Kay things. Worse, the actual world building that could be useful to know – like the relationship between the four courts, what they do, what the courts involved, what powers the fae actually have or why the werewolves and the fae hate each other, isn’t actually included at all and certainly would be more useful than musing on about the werewolves’ creation myth. In fact, considering how much of this book is info dump after info dump, we’re given amazingly little information.  It’s so bad that the odd points of action that do drop in feel disjointed and out of place.

Even when we meet the secondary character, Kira and her storyline, we still have vast amounts of info dumps. In her case this involves several pages of internal monologue – this isn’t “show don’t tell” this is a character randomly decided to review her entire past life for pages on pages.

The characters are also a problem, firstly because the pacing of the story gave us no chance to learn anything about them. I know Kay has a terminal illness and is sad about this – which seems callous but this is a genre that is absolutely overflowing in angsting, tortured protagonists (especially since this book has 2 – with Kira also being an angsting tortured protagonist) it really is glutted – I think I actually have “tragedy burn out” it just isn’t interesting any more, even when the character has a very good reason for that angst. It would be better if I had something other than tragedy to try and engage with, but that’s pretty much all I know about Kay – and before we get to know her as a person we’re thrown head first into the action – well, into the info-dumping. We get to see none of the characters as characters before the story launches in – there’s no beginning to this story, just a middle – and I don’t know enough about these characters to care about their story yet.


When the action starts we have instant attraction love-at-first-sight from both Ryan, a Sidhe and Nick, a werewolf towards Kay and all the usual teenaged angst that goes along with it. Nick and Ryan also hate each other for reasons unknown, so we’re also treated to a full book of juvenile bickering (it does serve to try and give them some level of character though). I think we’re supposed to see a love triangle but the choice between Ryan and Nick was never really established and Ryan was pretty much presented as inevitable. Despite this, Nick decides to give up everything – his life, his family and go live in fairy land (and there’s apparent animosity between the werewolves, for Kay, a girl he’s met less than a week ago. If that weren’t bemusing enough, Rafe, a complete stranger werewolf, joins Nick for the ride.

Kay is also a character I just don’t find very appealing. The info dumping is shocking, but her reactions are excessive - there’s a limit to how often you can swoon or your knees buckle. Then she’ll tell a complete stranger (rightfully) that she doesn’t trust them – then worry about their feelings to an extent that I want to skim back to see if I missed the part where she insulted their mothers. At some point I think the author realised she was too passive, because then we get scenes where Kay has epic temper tantrums because people make a suggestion or present options – but she refuses to be told what to do! To finish off, Kay is introduced to her long estranged family and there’s just no analysis of this… she suddenly has a brother and parents who she just accepts as such – even calling them mom, dad and bro, despite only knowing them for a day, I’d expect some transition period or uncertainty or awkwardness. And she doesn’t even slap them for being over-protective and meddlesome in her love life – despite them being complete strangers. This character just doesn’t feel real to me.

The secondary protagonist, Kira, would probably be much more interesting and her relationship is at least being developed, rather than just being love-at-first-sight – if we had more to develop there beyond an endless stream of angst and grief and sadness and torment. And it’s just too little of the book to contrast with Kay’s character

The plot is also desperately in need of an explanation – something greatly exacerbated by the cliff-hanger at the end. Lord Big Bad Guy has hell hounds running amok. Why? We don’t know. Kira has a very obvious special history which has been hidden from her. Why? We don’t know. In fact, Carlie having to kidnap Kay as a baby and run away with her never to contact faerie land again is never really explained beyond “she was in danger”. From what? Why? Why couldn’t she have returned to the Seelie or Summer court at some point? There’s a birthmark that’s clearly important? Why? We don’t know.

Inclusionwise we have Rafe who is Hawaiian. He exists for comic relief, a typed out accent for pidgin English (ugh, please don’t do this) and to serve since he’s been transplanted to the Seelie court with no motivations of his own. That’s the only minority in the book.

Lastly, I have to mention the writing. This book needed an editor. The book changes between first and third person, there’s completely random comma usage and sometimes words are mixed up: exorcise/exercise, manor/manner, vicious/viscous, intact/in tact, to/too, use/used. It happens so often that it’s, frankly, shoddy, even re-reading the book through should have picked them up. The dialogue is also unnatural and tends to be drawn out. For example, Kay doesn’t just ask “what is happening?!” She will ask that, then 3 or 4 more questions basically asking the same thing before someone answers her. It may be a quibble, but I’m also not fond of a book using block capitals to denote shouting – it’s a book, not a blog or internet forum.

This book has a decent concept – perhaps not an original one – but it has one there. And there’s enough to the creation myth, the fae islands and the courts to suggest a level of world building and certainly an underlying story that this series will get to. It’s also possible that when that story is advanced in the next book, we will see a much improved series. It definitely has the potential for that. But as it stands, it falls woefully short of that potential.

A copy of this book was provided for review