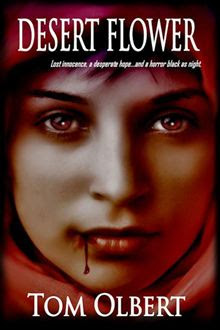 This book is a very short book and, it’s possible, if it had been longer it would have been able to add more nuance which would have saved it from some very problematic issues. Fleurette, on the run from vampire hunters in France, has fled to a boat to Afghanistan (a landlocked nation…) where she encounters Ruhee. Ruhee is a 13 year old girl who has been sold by her family into a loveless marriage to pay gambling debts. Her husband and his family are abusive – and Fleurette slaughters them and takes Ruhee to safety. They live together as Ruhee ages and tries to find her dreams in a country torn by war, corruption, religious fanaticism and surrounded by predators who want to exploit them and, in turn, become meals for Fleurette. The book is grim and painful, full of abuse after abuse even as Rhee tries to get an education, finds love and tries to make a life for herself. And it all comes crashing down when the hunters catch up with Fleurette

The book is, primarily, set in Afghanistan. In this short book the setting can be considered grim, nightmarish even, Afghanistan is a hellhole, little more. But more, there is nothing good here and that includes people. With, at most, 2 exceptions every Afghan person we meet is corrupt, a brutal religious fanatic and/or a rapist, paedophile or child abuser. The last is especially highlighted, from the parents who sell their 13 year old daughter to be a wife to pay gambling debts, to the number of men attracted to Fleurette and despite they’re being so young. This grimness is only underscored and exacerbated by the last chapter taking the story to the Congo where the same story is repeated – grim, dark, brutal barbaric land where a poor, oppressed girl is saved by a foreign intervening vampire.

The shortness of the book also leads to a rather disjointed feel with things rushed or washed over. We have no idea how Fleurette and Ruhee live or why or how they developed such a close bond. We have no depth to the hunters. We have no real impact or development of the relationship between Ruhee and Batan, he just goes from being a Taliban fighter who is just less unpleasant than the others to suddenly becoming Ruhee’s love. She hardly even knows him but will fight to heal his wounds even though it puts them all at risk.

The characters are also so undeveloped that their losses, their pain, their fear, their relationships – it just doesn’t get adequately portrayed or presented in a way that allows me to identify with any of them.

There could have been depth and nuance to this book – instead we had a white saviour move into Afghanistan – a nation of wall-to-wall grimness, populated by terrorists, religious fanatics, paedophiles and the corrupt. There wasn’t enough depth, nuance or analysis for there to be more. I think it was supposed to be an indictment of western foreign policy in Afghanistan and I think it was supposed to shine a light on the plight of women. And there are certainly mentions of the former and stark portrayal of the latter. But the lack of balance and depth also leads to a strong sense of contempt and patronising of the nation and the people – I left the book with a feeling of “look at these barbarians, aren’t they brutal and primitive” far more than any sense of “look at what has happened to this nation.”

It also is a minor complaint compared to the rest – but if you’re going to have a French character speak French, it would help a lot if the author spoke French as well.

An interesting concept – but it sorely needed more development.