Alright, I fully admit that by doing a marathon on all of the Star Trek movies, I am stepping completely outside of our stated genre, but as life long Trekkie, this simply had to happen. Given the success of this franchise, I'm betting that at least a few of our readers are also Star Trek fans. Of course, I will stick to the usual social justice perspective as we work our way through the series. 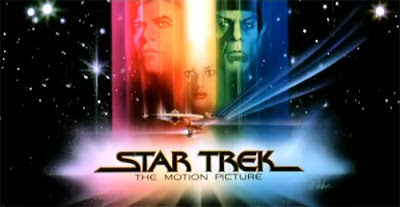 Star Trek the movie was released in 1979, and the visual effects most certainly have not stood the test of time. This movie was based on an episode from the original series and as such, was not a very compelling watch.  Other than adding a testosterone fueled battle to the story, nothing significant changed.

The movie begins with Klingons attempting to stop some sort of space oddity.  The three ships are destroyed in the process and the entity continues on its trajectory to earth. Kirk is now an admiral and the only starship in interception range is the Enterprise (big surprise everyone).  Though Scotty is concerned that the ship isn't ready, Kirk tells him that they have to be ready to go in twelve hours.  To do this, Kirk has to supplant captain Decker as the captain and Decker is not in the least bit impressed.

Much of this movie really boils down to a pissing contest between Kirk and Decker. Kirk represents an old guard trying to hold onto its youth and Decker the young upstart wanting a chance to prove himself.  It was basically a testosterone fest on dylithium crystals.  Despite the Star Trek franchise having a supposed reputation of being forward thinking, Star Trek the Motion Picture helped me to recognize the ways in which hyper masculinity has historically uplifted in the series.

There were limited roles for women. Nurse Chapelle has been promoted to a doctor but most of the medical work continued to  be done by Bones.  Though at the time having Uhura sitting on the bridge was revolutionary, she still did little more than act as a glorified secretary. I did however appreciate that she wore her natural hair without stigma.


Ilia was the most prominent member of the cast in terms of women.  The moment she boarded ship, she made a point of informing everyone  that she had taken a vow of chastity.  I get that Ilia was from another planet, with completely different morals but the choice to have a woman take a vow of chastity, when Captain Kirk has slept with as many green women as he could find, speaks loudly about how fully equal women were in this movie.  It may have been her choice to remain abstinent, but I cannot help but think about the way this is encouraged for single women, who want to be  "good girls", while men receive zero consequence for being highly sexually active.  It's an expression of Kirk's masculinity that he gets the girl and gets to consummate the relationship.

The moment Ilia is taken over from Voyageur, her more demure clothing is removed and she is in a short skirt reminiscent of the uniform for the female members of the Enterprise during the original series.  Though her emotions have been removed, in many ways, she functions as titillation. To make matters worse, she then spends the rest of the movie looking for the creator  - or more accurately - a father type figure.  So put this together for a moment and you will see that the strongest female presence is about a socially maladjusted woman, who is willing to destroy an entire planet to deal with her daddy issues.

Since Voyageur left earth three hundred years ago.  The crew is unable to reason with this supposedly logical and high functioning machine. Spock even goes as far as to suggest that they treat it as a child having a tantrum. So, Spock's logical brain is to be respected and even celebrated but when said logic appears in a female form, it is a problem which needs to be eradicated. The solution to this problem is very simple: just give Ilia a new father figure and move on with it.  Decker then evolves and the two move on to explore and live happily ever after. It's a pat neat ending to an otherwise unremarkable story.


What are your thoughts on the first movie of the Star Trek series?  What changes would you have made.