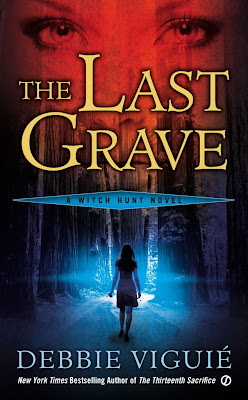 Samantha is trying to start a new life in San Francisco after her life in Boston and Salem collapsed after taking down the Dark Witch Coven there. Now is her chance to restart without magic, with a new room-mate, Jill, and a new police partner, Ed.

Until a murder has the hallmarks of magic all over it – starting with a truly impossible and incomprehensible cause of death. Samantha is again faced with an impossible choice – ignore her power and let more people die (and there may be even more at stake this time than in Boston) or again delve into her magical past and risk losing everything, again. Perhaps even herself.

Worse, her self-control is frayed. She’s using magic without meaning to and it’s getting worse, to an extent that’s beginning to make her dangerous to those around her.
One of the things I like about this book is how many characters are painted really quite deeply with relatively little information on them. We don’t see much about Samantha’s partner, Lance, but in the short moments we see of him, in the things we learn of him, I get a full picture of the character. Jill, her room mate, doesn’t go into a lot of detail about who she is and what she does, but, again we have a pretty strong picture of her

And this is really clear with Samantha with a picture of her that’s developing in my head that adds to her own narrative. From her own POV we can see the insecurity, the worry, the desperate attempt to leave magic behind, the fear of what it could do to her, how dark and dangerous it could make her. But we also see her willingness to do what must be done not only in the big scenes where she does use magic despite her fears – but in smaller scenes as well, like when she uses Jill as bait and lies to her about the danger. I like this sense that there is a ruthlessness to her, even a darkness that she refuses to acknowledge or connects entirely to her magic.

The case itself was confusing in all the best ways. Things were happening, things were escalating, but we’re not quite sure what, how they’re connected or why – which was all made even more tangled by the time shifts moving the plot line around. They mystery remained mysterious and there were a lot of twists back and forth, a lot of questions to answer and a lot of things going on to keep us engaged and involved. It wasn’t a book I stayed up all night to read, unable to put it down – but nor was I ever tempted to abandon it and nor was reading it ever a chore – I enjoyed it from start to finish.

In the end, I like a lot of the development and the story but in some ways this book feels like a tangent. She got away from her friends, but her calling Ed re-established that link and, of course, she still kept in touch with Anthony. She held her tenuous ties to Salem and, ultimately, ended up going back there. I can’t shake a small feeling that the book was a distraction, that the plot, the meta being established, is all in Salem so why did we zip over to San Francisco only to return again? Especially since the way this book ended invalidated so many of the personal relationships she forged in San Francisco. It felt almost like the book finished with a great big reset button. Despite that, I am glad that the events touched on in the first book haven’t been brushed into the irrelevant past and are still going to loom large in the coming story – and that we have meta plot that was begun in the very first book.

I really do like the imagery involved with Samantha’s repressed memories, the different years she’s buried, the things she had to deal with then and it adds to her ongoing representation of trauma. Her past isn’t just something that troubles her or upsets her – she is still haunted by it, by the memories, the flashbacks and the nightmares. They can be heavy at times but it’s a powerful depiction and a relief from so much of the genre where traumatic pasts and horrific childhoods are used for relatively empty characterisation without.


I also enjoy it as an interesting way to limit a super-powered character. It’s clear that Samantha is powerful and knowledgeable and probably more dangerous than anyone else in the books. She also has vast potential – it’s difficult with such a character not to have her become all powerful, that she has reasonable limits or to make sure that she doesn’t become defined by her power. Having a powerful character with a strong reason to avoid her power  coupled with these memory blocks leaves her with all of her potential without her becoming a roving, dangerous.

We do have an inclusion issue that has continued from the first book. This San Francisco is entirely straight. We do have some POC – a Latina medical examiner (who appears once and then speaks occasionally on the phone. Which is a shame because she seemed to be an interesting character I would have liked to see more of) and one of the murder victims is Native American. The Native American elements have some interesting issues that were touched upon – the idea of losing culture and heritage over the generations, the importance of preserving cultural lands and artefacts. But both had the sense of being included for story purposes rather than to build a more well rounded character – the lands so they could have a woo-woo cave with legends attached, the shaman so they could discuss a magical practitioner. It creates a sense that, had the woo-woo justifications not been needed, these characterisations wouldn’t have been either.

I’m left really fascinate with this series and hooked in. The story is interesting enough, novel enough and exciting enough that I definitely want to know what’s happening next, what is behind the Last Grave, what is the source of so much trouble in so many different places. The world building is intriguing enough to make me curious about the demons, the magic and what may come. But, perhaps most, Samantha is a character I’m invested enough in to want to know where she goes from here, how she develops, how she deals with her past and what is she going to become as she uncovers more of her memories and self. There’s a lot more to come here and I look forward to it.