Werewolves: They Just Can't Help It 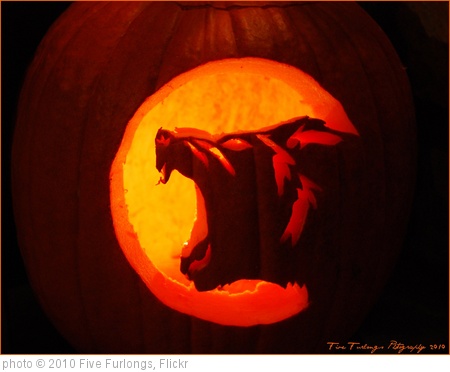 The very nature of urban fantasy means an interaction with the supernatural. Regardless of the supernatural creature that the author chooses to focus on, the one thing is certain, unless an author is making up a brand new creature from thin air, there will be a strong lore in existence, which will highly influence how the character is written.  The vampire has most certainly taken a lead in terms of representation. The werewolf is far less popular but when it does make an appearance, regardless of who the author is, the characterisation is nearly uniform.  In many ways, the werewolf can be understood as a metaphor for hyper masculinity and violence. Over the years, werewolf nature has become commonplace to explain away abusive relationships and a forced submission upon their partners.  That this is romanticized is one of the largest issues with how lycanthropy is constructed today.

Perhaps the most common werewolf trope is extreme possessiveness to the point of jealousy. These wolves demand to control and own their women and defend them like an actual wolf would its hunting territory. I still await the story when a werewolf actually cocks his leg against his woman, but I won’t be surprised when it happens.

This overwhelming possessiveness and control is constantly presented as romantic. In the Otherworld Series when Elena returns to Stonehaven, Clay simply will not accept that she won’t be with him and considers them married, despite her objections. Even after she is reconciled to their relationship, he demands near constant attention from her. Other men cannot even look at Mercy from the Mercy Thompson series with Adam growling, roaring and coming close to attacking and he is extremely reluctant to ever let her out of his sight. In the Caedemon Wolves, the fact Devin feels possessive of Tamara and is jealous when she speaks to other men is the very first sign that he actually has feelings for her - before love or affection or kindness, it’s possession. Even in Twilight Jacob forces a kiss on Bella despite her objections - to say nothing of imprinting, including small children and even eggs in the womb; marked from the womb as owned! Taking, controlling and owning their mates is an incredibly common theme.

Dominance issues are nearly synonymous with werewolf stories today. It is based in the false idea that because werewolves literally have an animal nature that they will behave like wolves in a pack.  This would be a fine assumption, if this is what actually happened but that is not the case in most stories. In the books that I have read, alphas are almost always male though we know that in real packs there is an Alpha female or male or both.

The constant jockeying for position as Patricia Briggs portrays in the Mercy Thompson series is non existent. In Briggs’ world two wolves can barely stand to be in the same car with each other simply because they haven’t figured out who is the most dominant. Dominance in this way is more of one male testing his masculinity against another through violent means.  Because the violence is happening in a werewolf pack, it is never questioned and always rationalised, as though these men don’t spend more of their time in human form.

It’s also telling how so many of these dominance games put women at the bottom of the hierarchy - a major contrast to the lives of actual wolves. In the Mercy Thompson series, women are given the same rank as their mates, no matter if they were far more dominant than the men they were with. In The Protector female werewolves are sheltered and protected and often forced to take mates for their “protection.” In the Anita Blake Series just about all the shapeshifter packs are dominated by men, female heads are remarked upon for their rarity and the main source of influence for female shifters is as mate to a male leader.


Female werewolves are often the exception to the rule and are generally not constructed as violent as their male counterparts. For instance, Natalya Stravinsky, of Shawntelle Madisons’ Coveted series is specifically stigmatized for her lack of aggression and plays an absolute second to her werewolf lover. There are strong female werewolves in the series but the story does not focus on them per say. Kelley Armstrong’s Elena of the Otherworld Series,  is the only female werewolf and we are reminded of this ad nauseum. She is nowhere near a match for Clay, her lover and in fact, spends quite a bit of time being kidnapped. While the men of this series use their werewolf nature to attack and defend, Elena’s nature is only useful in turning her into a special snowflake. This situation also occurs in Douglas R Brown’s Tamed, wherein Christine is the only werewolf allowed in a civilized area and unlike her male counterparts, she is highly lucid during her change and not prone to violence. A pack hierarchy never really develops though there are wolves who hunt together. What we get  instead is a constant desire by the male  wolves who cannot be tamed, to become violent at the first opportunity. Christine does her best to avoid violence and even saves the life of the man who was trying to kill her.

Of course, all of these tropes are justified by the fact that the werewolf can’t help it. It’s the beast. It’s instinct. It’s the woo-woo, they can’t control it, they can’t stop it, so this is why it becomes acceptable. This completely misses - or dismisses - the situation of the woman (and, let’s face it, it is 99% of the time a male werewolf is with a female human). Why should his inability to stop, justify her having to tolerate this treatment? Why are his undeniable urges justification for her abuse and victimisation? Why should she sacrifice her agency, her control, even her very well being simply because he can’t control himself?

We see this constantly over and again, women making massive concessions and endure completely unacceptable conditions to appease their men’s uncontrollable urges - in The Otherworld Series, Clay does not seek out Elena’s consent before changing her into a werewolf, which reflects his refusal to allow her to have agency over own body, even when something as serious as a change would risk her life.   He knew the dangers involved but his desire for a partner overrode her even having a say on whether she wanted to remain human or become a werewolf. Clay’s  desire to possess Elena  is so strong that when he begins to force himself on her sexually, he actually has to make it clear that he is not going to rape her because up until that point, not only was he not seeking consent, it was not given or implied. With Clay the excuse is that he was turned too young and had lived in the wild so long, that he was more wolf than human.  Once again, the animal nature is blamed for violence against women and it’s all okay because there’s woo woo involved. In the Mercy Thompson series, Mercy has actually crawled on her belly and repeatedly averted her eyes to appease Adam and other werewolves. It’s not just that the men are behaving this way, but the women are expected to accommodate their behaviour - that it’s understandable and even reasonable that they have to live this way because he’s a werewolf and can’t help it.

And never is this more blatant than when the werewolves are violent. Perhaps closest to the classic legends of the rampaging lycanthrope that loses control every full moon, this has often turned into werewolves that cannot be antagonised for fear of provoking them changing and attacking. In Twilight we see Emily, a woman with scars on her face caused by her werewolf partner, Sam, losing control and shifting. Bella is constantly warned of the danger of antagonising the werewolves - including Paul snapping, shifting and attacking her. Again, Mercy Thomas has been physically afraid of the werewolves around her, should they snap if she doesn’t play their dominance games. None of this is considered abusive - tragic, perhaps, but not abusive. It’s a burden, usually for the werewolves not their female partners who live in fear, or have to tip-toe round their lover’s rages. Frankly, I can hear the echoes of “it’s just his way, he can’t help it” excuse, while the woman tends her injuries and walks on egg-shells. A violent partner is dangerous and unacceptable - that doesn’t change because the partner is a werewolf, that doesn’t change because he’s fighting his instincts and it doesn’t change because of the woo-woo.

The problem we see time and again in the genre is that the woo-woo is used as an excuse to justify completely unacceptable behaviour. We continually see relationships that make us cringe and are outright abusive but they are considered acceptable because the woo-woo is involved. No amount of fur and fangs will make an abusive relationship one bit less abusive - and no amount of lunar shifting or clumsy, patched together wolf-behaviour is going to change that we are presenting predatory, abusive relationships as romantic, loving and desirable.

We cannot dismiss the messages that our fiction sends, we cannot dismiss the values and ideals it supports: and we must criticise the pattern of placing abuse on a romantic pedestal. While there are some excellent books that challenge these tropes - Carrie Vaughan’s Kitty Norville Series, and Gail Carriger’s Parasol Protectorate series for example - these tropes are all too common.
Posted by Renee at 9:00 AM