The Death of Marginalised Characters 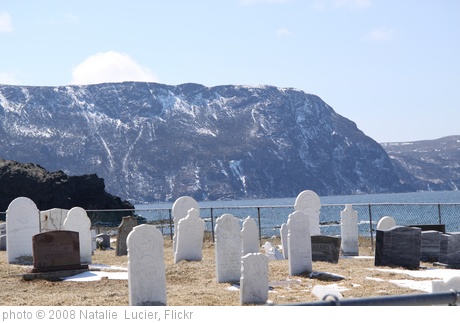 We talk a lot about how marginalised characters are depicted in our shows and books. How they live their lives, what stereotypes they conform to and, most often of all, how many times they’re completely erased. But one of the most prevalent problems that dogs all marginalised people is not how their characters live - but how they die.

Firstly, they die a lot. Death is something that hits marginalsied characters disproportionately - and that’s especially true in genres where character death is common or expected, like dystopias. We see this time and again on the shows we watch, on Supernatural there’s an enormous number of fridged women, a string of dead POC and half of the very few GBLT people the show has included have died. Warehouse 13 has killed off a Black woman Lena and killed (and resurrected) a gay man, Jinks. Falling Skies, especially in the first season, had an astonishing number of dead POC and do we even have to mention how many POC have died on The Walking Dead? The Vampire Diaries has a host of Black witches who serve the vampires - before dying, and so many random Black people have been devoured that it has become a running joke. I don’t believe American Horror Story ever had POC except to kill them - and while it was a show with a huge death count, the POC didn’t last more than an episode or 2. The violence and death on American Horror Story also disproportionately targets gay people and women.

So you minority character has kicked the bucket and joined the choir invisible; the survivors pick up the pieces and start to move on to their next adventure and... what do you know, all the living people are straight, white folks! How shocking is that!?


This is the next problematic element we see so often. Too often in shows with a high death count, it is not just the minorities who disproportionately fill the graveyards, but they start with smaller numbers in the first place.


See, this is where tokenism can be a problem. When you have a nearly entirely majority cast, even one or two deaths among your minority characters can halve their numbers - or wipe out your minorities entirely and, as the death toll mounts, so too does the diversity plummet. When I first started watching the first season of The Walking Dead I was impressed by the number of POC - who then started dying, splitting off from the group and otherwise disappearing until we end up with an increasingly White cast. In the Falling Skies we see the same issue - we started with several POC who were whittled down through the season, even new POC joining the cast killed off until we ended with a far far far Whiter cast.
In extreme cases this can make the enemies seem very targeted in their killing. Increasingly surrounded by dominant characters, the marginalised are still unerringly picked off. And there’s no greater example than shows that simply don’t have more than one or two tokens at all and even they die - wiping out everyone or nearly everyone of their marginalisation - as we saw on Warehouse 13 and Haven.
When faced with this problem, too many shows will introduce a new token. This doesn’t fix the problematic death so much as it underscores it - T-Dog’s death wasn’t made more worthy by Oscar’s introduction, it just emphasised how little T-Dog mattered, how much he was reduced to being just a token inclusion. After the decimation of POC in the first season of Falling Skies, we had a brief introduction of Jamil and Diego before they were both shuffled off.

Do the Other Characters Feel Their Loss?


Since most of the minority characters have a tendency to die to produce a moment of growth for the privileged protagonist, unless they happen to be Black on The Vampire Diaries (cause they’re just food on that show), there is a feeling of loss.  The problem is that these characters then are only valuable by how their deaths affect the Priveleged protagonist and not because they were equals. On Supernatural, we have a huge number of dead women whose deaths existed only to increase the pathos and angst of the male characters.


Consider for a moment Jackie choosing to die at the CDC on the first season of The Walking Dead. Her death was barely considered a loss and only mattered to Andrea because she felt her choice to die was taken from her. It had nothing to do with Jackie herself.


Once Upon A Time invested a lot of money to advertise the character of Lancelot yet he only lived a few episodes. He was only important because he played a role in fixing Snow’s infertility. When it was revealed that he died, she had a brief moment of silence and then was quickly off doing other things. Had he really been the friend that he was constructed to be, Snow would have taken the time to actually mourn him.


What we get at the deaths of these characters are expressions of sadness but not actual mourning because they are quickly forgotten and the characters move onto to other things. Anyone who has actually lost someone they care about can testify that it can take a long time (and even sometimes never) to ever come close to dealing with the loss. Grief is a process and this is something that the dominant characters never have time to do. Tossing out platitudes is something we do when we don’t know what to say and most certainly not how we react when we have lost someone we care for. This is even more offensive when the characters don’t bother to mourn at all - how many seconds were spent on T-Dog’s death? In The Falling Skies Dai’s death is almost overlooked next to the death of the Red Eye alien.


The ultimate problem that causes all of this is not, generally, hatred of minorities or wanting to see minorities die. We’re pretty sure that most authors and TV writers aren’t sitting in a circle and cheering passionately every time a minority shuffle off their perch.


This isn’t a matter of active vindictiveness - but of the tropes and assumptions that dog minority characters most of which rest on the core of them not being as important as protagonists or main characters - and rarely, if ever, good enough to be protagonists themselves.


On the Falling Skies, most people could die - but Tom and Hal Mason are probably ok. The Walking Dead is famous for it’s “anyone can die” philosophy - but I think it’s a safe bet that Rick Grimes is going to be with us for a long time to come. The chances of Charlie being killed off in Revolution are remote. Whoever Vampire Diaries kills off for Elena to cry over next, we’re pretty sure it’s not going to be Stefan, Damon or Elena herself; whatever carnage falls on True Blood’s Bon Temps, we can be sure that Sookie, Bill and Eric will survive the aftermath. Sam and Dean are surrounded by dead loved ones, but there’s little chance of Supernatural killing one of the brothers (or Castiel if they know what’s good for them - oh yes) and while Warehouse 13 doesn’t have a habit of permanent character death, if there ever does come a moment where dramatic death happens, I can be pretty sure it won’t be Pete or Myka in the coffin.


Ultimately, protagonists and major major characters have “plot armour”. It’s actually one of our repeated complaints that shows try to make big dramatic cliffhanger moments by putting Sookie or Elena or whoever in dramatic peril which we know they will survive. You don’t - or very rarely - kill off your lead, it’s a rule somewhere, I’m sure. And if you do it’s a big deal - a main character dying is a big dramatic moment and you can be sure the conditions I’ve mentioned above will happen. The other characters will mourn them, painfully, dramatically. We, the audience, will miss them, will be saddened by the character death - not because X character has lost a loved one, but because this character has died in their own right. This character will die to end their own plot line, not inspire others, and their deaths will be poignant, powerful and meaningful - or the writers will try to make it so anyway (whether they succeed is another matter, there’s no defence against poor writing).


But minorities are hardly ever the protagonist - straight, white, cis, able bodied men make up the majority of show front runners and they’re hogging all the plot armour. With the dearth of minority protagonists and minority major characters, we rarely see them developed enough for their lives to be meaningful. If their lives are not meaningful, they’re not worth preserving. The plot, the story of the programme doesn’t rest upon them, the fans are not invested in them, the other characters are not invested in them. By being extras, side characters, sidekicks, they are unimportant and can be discarded and their deaths will always lack meaning - how can you expect the other characters or the audience to realistically invest in their death if there was nothing to invest in when they were alive?

Ultimately, to stop minority character deaths being problematic, we need to make their lives less problematic, more meaningful, more developed and more central to the stories being
Posted by Sparky at 8:51 AM