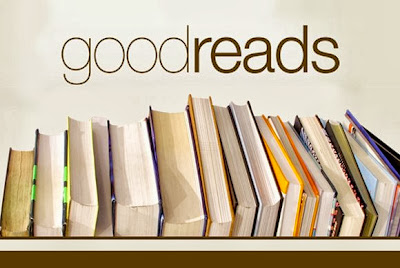 Goodreads has made the decision to delete reviews and shelving that it feels “attack” authors. This includes such shelving as “due-to-author” (this is now an attack apparently). They claim this is because they want reviews to focus on the book, not the author for whatever reason (though, for some reason that doesn’t apply to shelves like “author-is-awesome”).

Of course, this has nothing to do with Goodreads's recent acquisition by Amazon, I’m sure.

At Fangs we only occasionally (often because we don’t know about an author’s various bad behaviours until after we’ve reviewed them) refer to the author when we deem it relevant (often because of actual flaunted bigotry on the author’s part) nor do we generally shelve books on goodreads (at all, because we’re far too lazy to do so) but we oppose this terrible and privileged policy change

This whole idea that the author doesn’t matter is something we have discussed before. Author identity matters, author experience matters, author authenticity matters. Each of these things add context to the books produced, adds a level of depth and a level of knowledge; the context of a book can add considerably to that book.

It also matters when it comes to bigotry. There are a lot of people who were and are unaware of Orson Scott Card’s bigotry. It is grossly ridiculous to claim the author’s giving money to hate groups and actively campaigning to have gay people imprisoned is somehow irrelevant to buying his books. That is ridiculous. It is not just ridiculous, it’s grossly offensive and obscenely privileged to discard these concerns as unimportant and speaks volumes about the priorities of those who try to do so.

And that is hardly an isolated issue. While Save the Pearls is horrendously racist without knowing anything about the author, the scandal around it is added to by Victoria Foyt’s own added excuses, explanations, anecdotes and attacks that add considerably more meat to her bigotry.

Similarly, Out is virulently homophobic – but far more so when you realise how much Laure Preble is schilling her book as pro-gay and trying to use PFLAG advocacy as a marketing tool.

The author’s behaviour matters. It adds context to the content of the book. It underscores the bigotry of not just the writing but the real world consequences of empowering bigotry – of giving bigots not just more money but a greater voice with which to spread their bigotry. Readers have a vested interest in knowing that they're dropping money on, say, John Ringo “Scalzi’s only popular because he panders to women and gay people, not REAL fans” and decide whether they want to support that.


As a reader, as well as a reviewer, I want to know where my money is going – I want to know what I may be supporting and I want to know what I’m putting on my shelves. I have a full shelf of Dune books. They’re gathering dust now, ever since I learned about the author’s homophobia I can’t bring myself to read them again. I wish I’d known before I spent money on them. How can I agree that people telling me that an author is a bigot is irrelevant in a review when there are books I cannot read because of the author’s bigotry? How can we say it doesn’t matter when I cannot open books I already own? They’re there on my shelves silently accusing me of what I supported. Right next to “tent peg” Anne McCaffrey’s Pern series.

Refusing to buy products produced by bigots and the forces of bigotry has been one of the mainstays of equality movements from the dawn of time. Over and over, whether it’s to fight racism, misogyny, homophobia, transphobia, ableism – boycotts have always been a weapon of choice. Not just to financially hurt those trying to hurt us, but also to send a message. To send a message that this behaviour is not ok, that we refuse to be part of it, that we refuse to participate or support this. That some things are so outrageously awful that we are sickened by the idea of being associated with this.

This is a cornerstone of any and all equality movements. For goodreads to decide that the actions of authors is irrelevant in a review – a tool we used to decide whether to buy a book or not – is revoltingly privileged and a complete and utter dismissal of the real effect of bigotry in any media form to say nothing of utterly ignorant (or indifferent) of how fighting for equality works.


In addition to these very broad concerns about the power of boycotts and the need to know what we’re paying for, on a personal level as a reviewer I would quite like to know if an author I’m considering reviewing has a reputation for epicly losing their ever loving mind. I don’t have the time or the inclination to deal with entitled meltdowns. I certainly don’t want to put myself or my family at risk if an author is one of the STGRB’s affiliates or one of their supporters given their history of stalking, revealing personal information, harassment and trying to cause potentially severe physical consequences for negative reviewers.  I find it appalling that Goodreads, a site for people to talk about books and a place where these stalkers frequent (hence the title of that site) would consider information on author behaviour irrelevant on their site. It shows a flagrant disregard for the abuses of STGRB and similar authors and a shocking callousness towards their victims.
Posted by Sparky at 12:00 PM