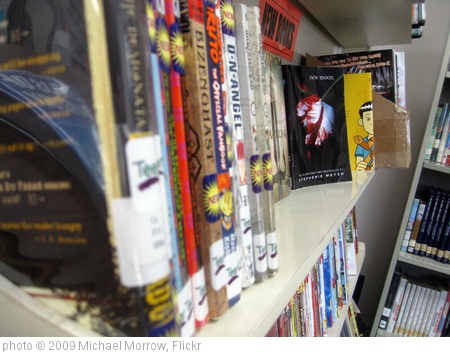 Sometimes, when we read a book we get a dreadful sense of deja vu, almost like we’ve read the book before. After a brief desperate hope that we’ve developed some kind of psychic powers or perhaps have discovered Time Travel, we succumb to disappointment (and check that the Doctor isn’t in the next room. Just in case) and realise nothing supernatural is afoot - what we’ve got is another book that has been Written-by-Numbers.

Yes, like those paint by numbers kits we all did as children, it’s a book that feels it’s been written following a pre-set pattern. At each stage the same old clichés are faithfully followed more rigidly than any fundamentalist ever adhered to his dogma. The result is often called a rip-off by some critics but I have to disagree - it’s just that so many books are following the same rigid patterns that they feel like they’re copying each other. Not so, they are merely all worshipping at the altar of the same tired clichés and flogging the zombie horse of overused tropes.
So how to get through one of these books that, while not bad enough to DNF, does feel like a reanimated Frankenstein’s monster of old tropes sewn together by an inept hand?

We propose a drinking game! And this week, it’s for Dystopian. Grab your bottles, folks and prepare the stomach pumps (we are not responsible for any alcohol poisoning that may develop)