Recap and Review: The 4400 Season Two 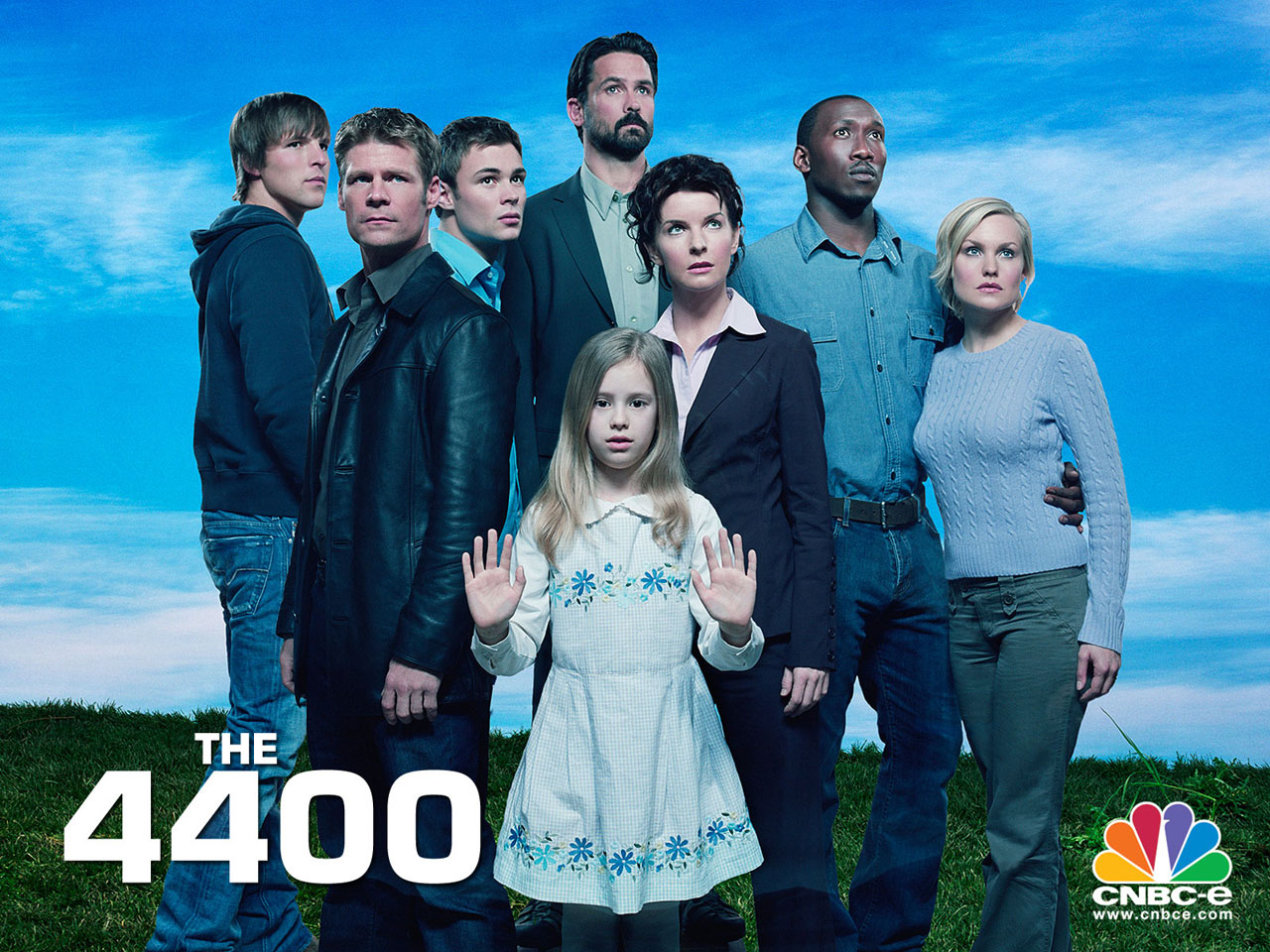 In the first season,we learned that the 4400 were returned to effect change in the current timeline to forestall a future disaster.  Now that the public is over the shock of the arrival 4400, they now have to deal with the fallout.  Not all the 4400 who have powers want or desire to use their powers for good because like any group of humans, they are flawed.

We see a lot of Diane's private life this season.  It begins with her legal adoption of Maia.  In many ways she is unrecognizable as the woman we first met in season one.  We also meet Diane's estranged sister April who is as different from Diane as night from day.  The three settle into a sort of domestic bliss until April decides to use Maia's ability to tell the future to make money gambling. The moment Diane finds this out, she asks April to leave.  While this shows that Diane has truly settled into her role as mother, it indicates how out of touch she is with Maia's life.  April represents Maia's only real access to the outside word and chance for normalcy. Maia is home schooled and left with a baby sitter whenever Diane has to leave and whenever Maia tries to interact with children her own age, it always turns out terrible.  I like that Diane continues to  work and is a strong single mother but it is telling that she doesn't think about how Maia's powers or isolation from others is impacting her growth.  In some ways the message screams that working mothers cannot have it all because something always falls through the cracks.

This season, Lilly finally gives birth to baby Isabelle. Isabelle is a truly terrifying baby because she has the ability to kill when she feels threatened. What I do find interesting is that Isabelle is initially set up as the chosen one.  This is very rare, as normally whenever there is a chosen one, the role is usually filled by someone White and male. Unfortunately, Isabelle doesn't remain the good mystical chosen one for long. This is made clear when she participates in the death of Collier by lying about him surviving an attack.  This is somewhat redeemed when her blood is used to save the 4400 who become ill after the government injects them with an inhibitor.  Isabelle is very much a mystery at this point and it's due largely to her age but she bares watching.

Despite Diane, it's fair to say that The 4400 had a problem with its representation of women in the first season. To counteract that, we were introduced to Nina Jarvis, the new director of NTAC.  Nina largely asserts her authority to act as a check to Tom and his flagrant disregard of the rules.  Nina initially gives the appearance of a strong female character but we learn essentially nothing about her and her mission to control Tom turns her into a defacto babysitter. We are also introduced to Alana Mareva who was given the power to create alternate fantasy worlds in order to have a soothing effect on Tom.  Alana is a human pacifier for Tom and has no role outside of her relationship with him.


Tom is very much the protagonist of The 4400. On one hand Tom wants to believe in the idea of the 4400 effecting positive change and the other is overwhelmed with the so-called "ripple effects" created by the actions of the 4400. Everything a 4400 does effects change in the world on some level.  In a ripple,  Tess, a returnee who is mentally ill creates a device, which ends Dr Kevin Burkhoff stay in the mental hospital by curing his mental illness. This gives us yet anther example of woo woo (in this case mystical force) being used to cure a disability, which is considered a defect. Tom's belief in the true purpose of the returnees is challenged by Edwin Musinga is wanted for abetting genocide in Rwanda when he is taken.  Upon his return he tried to hide in the U.S. working as a nurse but felt compelled to cure the sick infants in utero that he came across. When his ability was made clear the government decides to balance the lives Musinga could potentially save against the lives he was directly responsible for ending in Rwanda.  Tom cannot reconcile himself to this and chafes under the order to give Musinga protection.  Tom thinks that the slaughtered people of Rwanda deserve justice and therefore cannot understand why it is that someone like Musinga would be given an ability which could exculpate him. It it is only when it is revealed that every child Musinga heals moves him closer death that Tom finds calm.

Musinga also represents the introduction of another character of colour but unfortunately, he is evil.  In total season two gave us three one off characters of colour. T.J Kim was the only female introduction and she used her powers with soundwaves to launch an attack on NTAC.  And finally Gary Nevarro, who has the ability to read people's thoughts.  Nevarro turned to NTAC because he was being overwhelmed by his ability.  Tom promised to help but instead Nevarro got handed over to the NSA to help with spying.  of course we are only given access to Tom's guilt for breaking his promise rather than Nevarro's perspective. Given that the only reoccurring character of colour are Richard and baby Isabelle, this is definitely a problem.

A lot of this season focused on the death of Collier, the creator of the 4400 foundation, as well as his murderer Kyle.  Kyle experiences blackouts which he doesn't share with his father leading to him murder Collier. We learn that as devoted as Tom is to being a good father he is also and absentee father and often neglects the people he loves in order to perform his job.  Tom's position as an NTAC agent also leads to friction between himself and Shawn - the 4400 who becomes thee director of the 4400 hundred foundation after Colliers death.

Collier's death is only the beginning of the trouble for the 4400.  As aforementioned now that they have been back for some time, and have manifested abilities which are clearly terrifying the government strikes back. Dennis Ryland a close friend of Tom initiates a program to inhibit the powers of the 4400, which results in many getting ill and several losing their lives.  The program was initiated shortly after the 4400 returned. I didn't find this turn of events surprising but a necessary plot twist. While there are 4400 who are capable healing diseases like Shawn Farrel or Heather Tobey with the ability to bring out the best in others there are also 4400 like Jean DeLynn Baker who kills an entire village with the spores on her hand, or
Trent Appelbaum whose saliva causes people to starve to death. Quite frankly, the government has no ability to cope and even though Tom and Diane are highly capable, they often spend their time playing clean up.

In episode five, Suffer the Children, Diane and Tom are called in to investigate charges of a 4400 teacher molesting children. As it turns out, Heather Tobey has been using her powers to enhance the abilities of the children in her class. One becomes a talented virtuoso and another a talented photographer. Some parents embrace the changes as they see it as a chance for their children to move beyond their working class status and achieve something. Others respond in fear and anger with the idea that their children could surpass them. This is juxtaposed to Shawn's meeting with Liv - a young homeless girl. Shawn is quick to involve himself with Liv and her friends. Liv's predicament and addiction is explored only so far as it informs the audience the stress Shawn feels about his ability to heal. Class struggle on The 4400 is barely explored and quickly overwhelmed by the sci-fi elements of the story.  It's best described as cursory at best.

Moving forward, it's clear to see that the 4400 are going to become greatly divided. What happened to them is a crime and while their powers feel natural to them, they still must acknowledge the threat that they potentially pose. I would like to learn more about the advanced humans who sent them back and more about their objective.  It all seems rather vague at this point.  In many ways, this season felt like filler until it reached then end with the illness of the 4400.  So far, The 4400 is also skirting the path of Lost, as it i asking a lot of questions without providing a lot of answers.