The Elements by Zhu Hsia 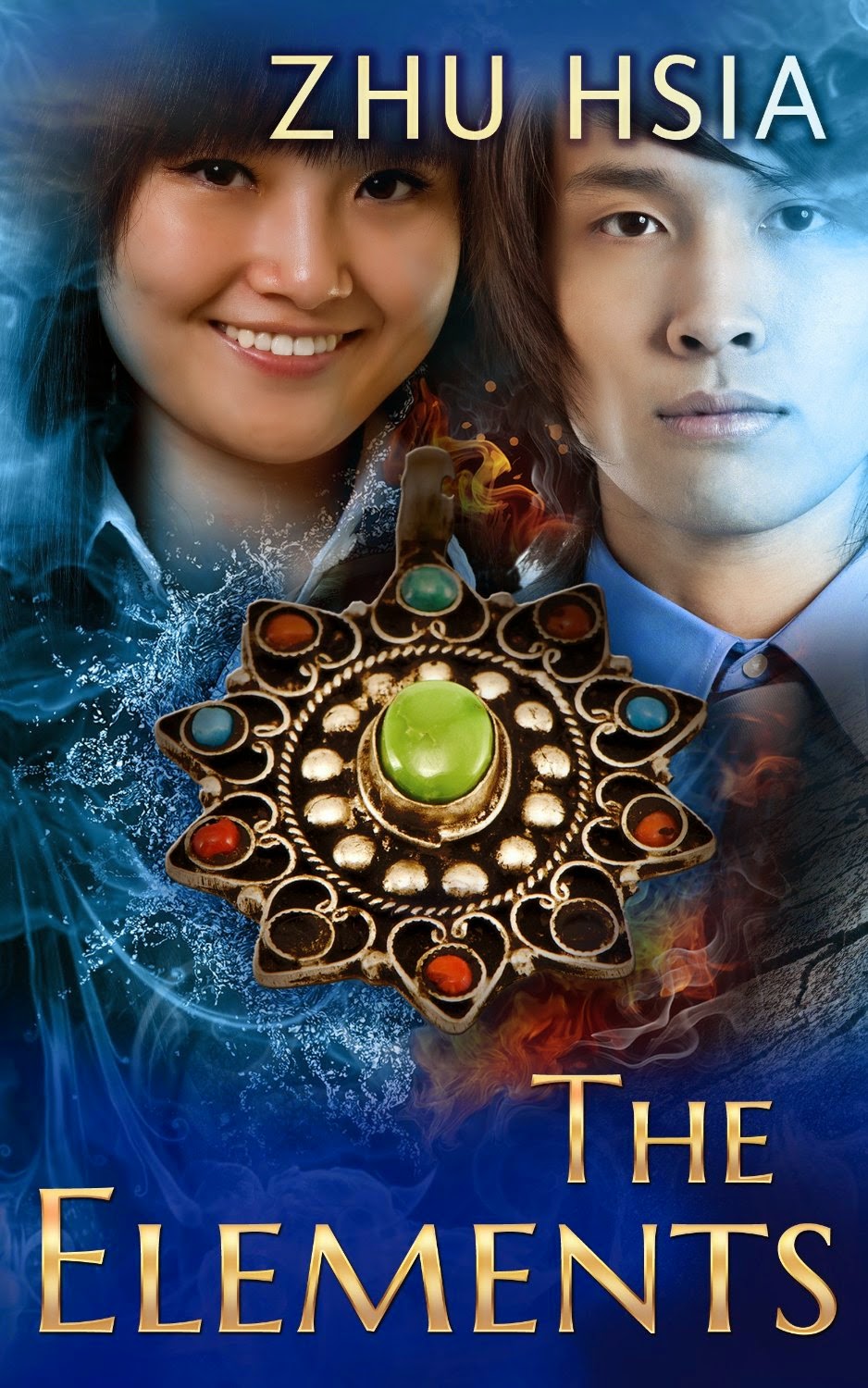 Kayleigh, spoiled teenager to extremely rich parents, seeks to get away from it all, to start afresh. She finds Draker, an isolated private school and perfect for a fresh start – but the school harbours many secrets she never expected

Our protagonist is Kayleigh and we’re introduced to her by her getting out of her ever loving mind drunk and vomiting on people in a swanky party her so-very-important-parents forced her to attend. Her parents are evil, by the way. Except we don’t actually see them do anything evil (though they do object to public vomiting on expensive suits from their school-aged daughter which is just so unfair) and, coupled with Kayleigh’s POV make this seem a lot like an extremely spoiled rich child having temper tantrums. This is not endearing.

Because she is flouncing with her parents she decides to go to a private school. No, really. She looks up a school online based on the fact it’s secluded and doesn’t allow mobile phones. That is her criteria for which school she will attend. No, really.

Having found said school she manages to enrol, pay the fees and attend not only without her parents’ knowledge or consent – but also managing to get out of the house and to the school before her parents even come home from work. This secluded private school has… astonishingly lax admission standards.

It’s also in a castle. Her parents dream of her going to Harvard, so, along with general word use, I’m assuming she’s American. I have no idea why the school is a castle (with four poster beds as well). It has very few rules though, the chief among them being “don’t go in the forest”. Kayleigh resolves to follow these rules since she’s in a new place.

Which means trying to explore said forbidden forest she is repeatedly told is dangerous twice in her first week. Especially when she hears mysterious and creepy howling coming from it. One of these attempts is in the middle of the night, by moonlight with no torch or other source of artificial lighting. Had she run into a werewolf and it had eaten her, the werewolf would have then howled “DARWIN AWARD!” to the moon.

But most of the first week was spent going to one single class (the one with Love Interest in it) and being massively over dramatic about said love interest. His name is Spencer and over that first week I think she has monumental tantrums at least 3 times (and the angsty monologues, oh gods the angsty monologues!) over whether he likes her or not. Most of her deciding he hates her so much and it’s all terribad and awful stem from the fact Spencer occasionally spends time with another girl, Alice (WHO WE HATES! WE HATES HER!) who Kayleigh hated from day one when Alice decided to stick her hand inside the very uninterested Spencer’s clothes in the middle of the Physic’s class room and Kayleigh let fly the following stunning wit:

“Do continue to mke a fool of yourself, will you? It’s quite entertaining.”

This was hailed as such a scintillatingly cutting put down that Oscar Wilde came back from the dead to applaud by all of her many friends (who became extremely good friends in the first week on first meeting because REASONS). They hail her for outsmarting Alice to which Kayleigh says:

“Oh, I didn’t really outsmart her. You have to be at least as smart as I am to outsmart me, and I don’t think she can claim that.”

Uh… that doesn’t even make sense.

Anyway that’s the backstory, now to the truly ridiculous

And yes, it gets even more ridiculous.

See, the local villagers don’t like the school, when she visits someone screams she’s cursed and… tries to stab her. No police are called, no authorities sought, they just resolve that a) village is dangerous and b) Spencer is a wonderful saviour. This doesn’t stop Kayleigh going back again, on her own (which also breaks school rules. In her first week) and being hypnotised by an evil magical child. She’s rescued (again) and… takes it in stride. No, really, the fact the local village has magical hypnotic non-human children to help them kidnap people is something that gets one day’s consideration and is then forgotten.

No, really. Non-human magical hypno-kids are just not worth worrying about. Piffle, there’s a hot guy who may not be into her! THIS IS FAR MORE IMPORTANT THAN MAGICAL HYPNO KIDS!

Or werewolves. Yes there’s a werewolf. Yes it howls. Yes Kayleigh gets the amazing moment of seeing the werewolf shift and she realises something vastly important – that werewolf howled and totally interrupted her make out session with Spencer! ZOMG!

And I was done.