The Problem With The Societal Default 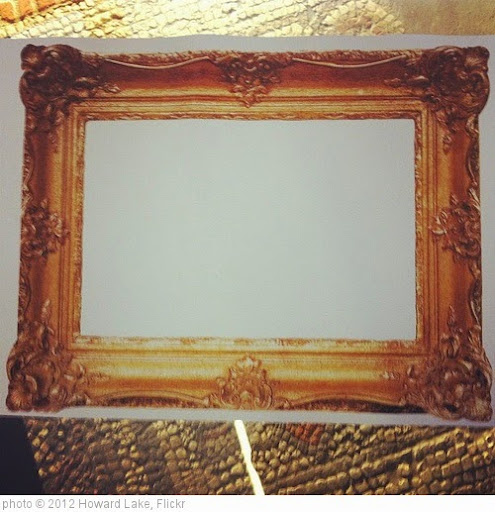 One thing we often talk about when criticising books and TV shows from a social justice perspective is the “Societal Default”. Basically, what counts as your “standard” or “normal” person. What do we think of when we think “person” without any qualifiers? Inevitably, the image conjured is the most privileged members of society - able bodied, White, straight, cis men. This is our default human, our standard for “normality”, the base template of person from which everyone else is a derivative.

And there are consequences of that, especially when it comes to fiction.

Firstly, it does a lot of damage to marginalised character design. See, when we’re building a character we begin with a default then add the unique elements that fleshes them out and make them a full person. We add the “template” of personality and traits to the Default template. So we take the cis, white, able bodied, straight man and we add likes, dislikes, profession, hobbies, motivation, opinions, characterisation, relationship, history - we take the blank sheet and make a character from this unmarred beginning.
When we make marginalised characters we, all too often, take that Default blank template and add “woman” or “gay” or “Black”. This is the characterisation, this is the development and this is one of the ways Tokens are created. This is why you can get large casts full of able-bodied, straight, cis white men who have a other defining labels (even very narrow, stereotypical portrayals like “geek” or “jock”) while women of POC or LGBT people don’t even get that - because being a woman or Black or Gay IS their label - like being “Geek” is a quick characterisation for the able-bodied, straight, cis, white male character.  Another example of this is you get female characters who are literally just female versions of male characters (what Anita Sarkeesian calls the Ms. Male Character).

The Societal Default character (the able-bodied, straight, cis, White man) needs more development to be even a minor character - because otherwise they’re a blank sheet, a non-character. But that’s exactly what happens with marginalised tokens but it is accepted because we see their marginalisation as inherently filling in the blanks.

Which brings us to another problem of not challenging this Default narrative - by allowing a marginalised identity to fill in the blanks of characterisation, that leaves us with a very narrow set of stereotyped behaviours and appearances to stand in place of actual development - so we get Felix on Orphan Black and Aaron on Switch whose characterisation, personality, behaviour, dress - entire existence is basically “gay man”; or T-Dog, Oscar or Jacqui on The Walking Dead (and POC tokens may literally be just walking dark skin). This is something the Societal Default avoids simply by being the Societal Default - a status which inherently requires more development. Sure they may be stereotyped when a tiny amount of characterisation is added - a stereotypical geek, a stereotypical frat boy, a stereotypical business man - but that tiny amount of characterisation has to be added first. The Default itself, able bodied, cis, straight, White men, has the infinite potential to be anything and is not limited by automatic assumptions and predefined roles to anything like the same extent as marginalised people.

The Societal Default also causes problems by being the Default, by being the baseline. If you want a character, you start with an able-bodied, cis, straight, White male character. if you want them to be anything but that, too often there’s an expectation of a reason. Deviating from the Societal Default requires justification. This is something we’ve examined in more detail in our post Marginalised Characters Do Not Define the Story. Too often, if you critique erasure in a series or TV show, someone will ask “why does there have to be a {insert marginalisation} character”? When surely the question should be the opposite - why ISN’T there a marginalised character? Why is the actual existence of these people overlooked?

It’s notable that we do not question why a character has to be an able bodied, cis, straight, white man nor do we expect there to be a special story reason, justification or necessity to have one in any role in a story. If we do not use a Societal Default character, then there is an assumption of an agenda on the writer’s part.


But the Societal Default can also cause problems with even well meaning depictions. Writers, deciding to be inclusive and non-stereotypical, write marginalised characters where their marginalisation seems often to be “in-name-only”. Cultural markers, references to their experiences, identity or anything that might make their lives different from that of an able-bodied, cis, straight, white man are completely removed. This has led to the description of, for example, Bonnie in The Vampire Diaries as a White girl with Black skin. Or the use of mixed-race characters to import some “exotic features” and woo-woo to a White template. In some cases, that can leave a marginalised identity being only noticeable by a single, easily-missed reference, like Helen Magnus in Sanctuary (this is something that can be a common problem for LGBT characters, especially since even authors who wish to be inclusive seem allergic to actually having their character claim an LGBT identity.) At worst, they’re not even that and the only way we can tell marginalised characters exist at all is if we have access to the author’s own notes.

This is meant to depict these characters as free from stereotype and tropes which is laudable, but in doing so the writers are not just stripping them of stereotype, but also identity markers; in other words, they are being reduced to the Societal Default. The “label” of POC/LGBT/Disabled/etc is being applied to the Default - to the base characterisation of an able-bodied, cis, straight White man. This is the inherent pervasiveness of the Societal Default - that when we think of a person free from any other characterisation, a blank person, it is this able bodied, straight, cis, White man we picture.
This isn’t a call for more stereotypes, nor do I imply that marginalised people are aliens from the planet zog with radically different lives. But marginalised people do, very often, have different experiences than those who are privileged - from different culture, from a society that is marred by prejudice, from a society that is built to assume the average person isn’t like them, different experiences and different defining moments.

A common return argument is that it’s hard to insert these markers onto the marginalised characters when they are “not relevant” to the story. This is especially a point when we consider that so many marginalised characters are only included in “issue” storylines expressly about their marginalisation - but just because your gay character exists beyond a tired and oft-repeated coming-out story and your Black character isn’t there just because you’re writing an empowering story of one girl’s struggle to escape the ghetto doesn’t mean that their lives and characterisations cannot or would not be shaped by their experiences.

In fact, I’m often tempted to call shenanigans on the idea they wouldn’t be. We generally follow a character in a book for at least a week, often times a lot longer (if it’s a series then much much longer), I find it highly unlikely, having lived as a marginalised person, that their marginalisation never became relevant in all that time. Let’s take some possible scenes:


Your character has finished work and is walking to their car at night, longing only to get home, have dinner, and relax. They hear sirens a street over and pass a small group of young men walking the other way, clearly they’ve been enjoying themselves while your character has been working. The character reaches their car and stop, surprised: there’s a note on their windshield….


Nice and generic, right? Well, they’re walking alone at night - if your character is a woman, that could make her nervous, especially with the young men passing nearby. She may have parked her car under a light, specifically. She may be looking forward to removing the faded make up her work requires her to wear - or be irritated that it has faded. If your character is a POC, the sound of the nearby sirens could have been more of a concern than the group of boisterous men. If your character is GBLT they could check themselves to see how well they’re holding up the closet as they pass those young men, or could think that a town with such a small LGBT community has no chance for them to have such a night out. If your character is disabled did they find a parking spot nearby? Is there disabled parking? Is it accessible? How will your character relax, what food do they have waiting for them?


your character should have known better, no meeting arranged by anonymous notes is going to end well. Now, thanks to an irate werewolf, they need to find a new car and drag their partner to the dealership.


Another nice, simple scene. But a woman may face the salesman talking over her or assuming she knows nothing about cars. A POC may face considerable doubt they can pay for a new car. The disabled may have all kinds of trouble ensuring the car can accommodate their needs.

These are just two examples of a bazillion - being not of the default can and does impinge on your life in a hundred different ways. And it’s not just overt discrimination - it’s simple things like where they go when they have fun, their favourite food, their favourite hobbies, their clothing, their friends; any of these can be reflected by their culture, their experiences, their need to make accommodations with the default world, their refusal to make accommodations with the default world. Our identities are a part of our lives in a thousand little ways - and I’d find it odd if, over the months we follow your character, it never became “relevant.”

The Societal Default is pervasive and powerful - it affects not just our media but is a looming force in our every day lives as well; just looking at the way crime is reported will show you how marginalised groups tend to be upheld as collectively responsible while the privileged are treated as individuals. It sets our definition of “normal” and casts everyone who doesn’t fit it as some kind of weird, alien “other” that is inherently different while, paradoxically, at the same time demanding the Other try to conform to that Default normality. It is, of course, precisely because of that pervasive and powerful presence that it is so vital for us to challenge it in our fiction.
Posted by Sparky at 9:00 AM