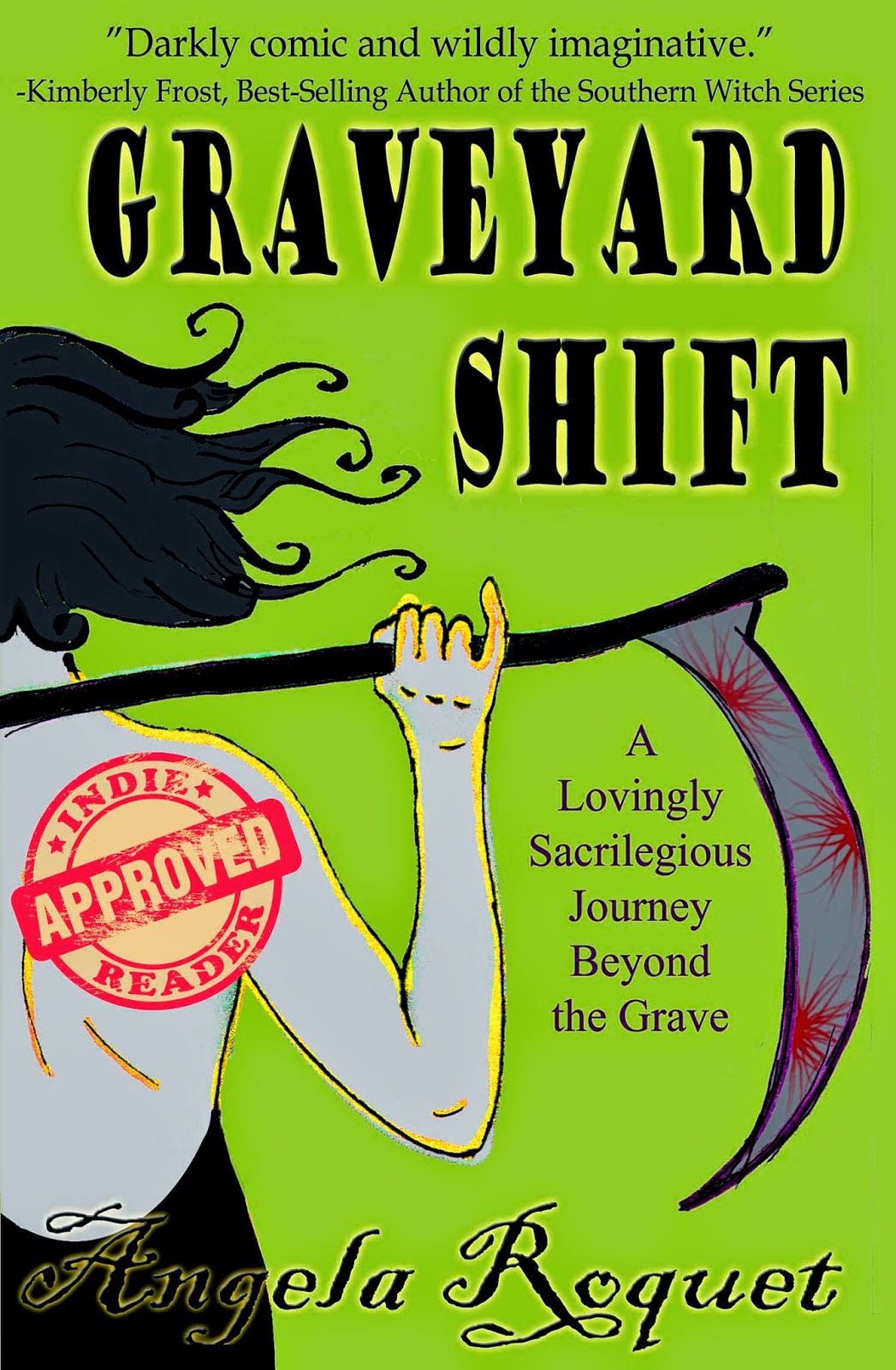 Lana is a Reaper, her job is to transport souls from the land of the living to Limbo city then across the sea to whichever afterlife they belong in. She’s not very good at it – oh she’s competent enough, but she doesn’t have a lot of respect for Limbo’s rules and can see clearly through the nice PR of her boss, Grimm.

So when a promotion lands on her desk she is surprised to say the least. But as she sees more behind the curtain she sees how fragile the while system is. And she might be the only one able to keep it running; but she’ll have to fight through the Afterlife Council’s byzantine politics to do it.

This book is immense fun – and the best part is it never ever forgets that. From start to finish it holds onto that no matter what conflicts arise, no matter what complexities rise in the plots not even when faced with dire problems and grief and even angst, the book remembers that it is fun and it never stops being fun and sometimes that’s exactly what you need.

I read much of this book with a broad smile on my face – it hits that right balance of being ever-so-slightly silly (Athena runs a dress shop! Archangel Gabriel is an alcoholic party boy slacker they keep around because he has such great PR in the mortal world!) without ever letting the silly get in the way of the world actually working and being coherent, the characterisation being consistent or the plot actually working

It’s silly and fun – but let’s the silly and fun work with plot and characterisation not constantly get in the way of it or just decide that silly fun is all you need in a book and the rest can just manage without it. I like that, too many books that aim for zany only aim for zany

So we have a world with multiple afterlives and Lana and her fellow Reapers ferry souls to those afterlives. Which isn’t as simple as it sounds, Afterlives and gods have territory and power and political clout based on the number of souls that they have (causing many odd alliances and amalgamations) so there’s lots of pushes backroom deals and fudging of the rules between the various factions, with the Reapers squarely in the middle – and underneath it all. With no ability to quit but the threat of “termination” hanging over them and generally considered beneath everyone else, Lana has no illusions about where Reapers stand in the grand scheme of things – as semi-pampered slaves at best. And she’s not unwilling when it comes to a little rule fudging as well.

This is where that wonderful balance comes in. We have the shops run by gods of various pantheons, Eternity city that brings new souls, deities and various other notables together in a wonderful mishmash of beliefs, mythologies and pantheons with some nice slants on various legends (poor Holly Spirit) while at the same time coupling that with some devious plotting, political intrigue, Reapers who are viewed as disposable tools and nephilim who are relegated to an often disregarded servant class.

Lana is a wonderful reflection of that – positive and with some moral illusions, but still very cynical. She is part of a system and ensures she does what she must because she has no choice, but she’s not willing to jump through too many hoops and has zero respect for the system when she can clearly see the man behind the curtain. This combination of naive morality and bitter cynicism makes for a very interesting character and even reflects in her budding romance with Maalik (which I can’t say I was thrilled by since it didn’t add much to the book for the time it took) as she initially puts him off and assumes the worst because she knows where she stands in the grand scheme of things – and that is beneath his notice, so he must have a more nefarious motive to want to be with her (this means we do have a bit of the old “I shall keep pestering you until you say yes” trope). It also makes for an excellent interaction with her best friend and fellow Reaper Josie who is positively eager to be the bestest Reaper she can possibly be. I like that they are friends, they clearly do work well together even though they annoy the hell out of each other more often than not. You can have strong female friendships even if they do argue a lot – it works for them.

All of this leads us to the plot – and it’s a good plot. It’s well paced, it’s mysterious without being convoluted, there’s action without us losing the world, the characters or the tone of silliness. There are major issues that work hand in hand with the sense of fun – rather than the fun and the major issues being at war with each other but mainly the plot is there and it’s interesting. Again, I have to say that most books that sell themselves on humour or fun tend to be really really light when it comes to any kind of serious or coherent plot – this book isn’t. The fun is there but it supplements the plot and works with the plot – it’s not expected to replace the plot. In fact, if the run were removed in some kind of strange, horrific experiment, the plot would still be fascinating and the book still worth reading without it. Towards the end I do get a little lost and confused by the odd little holiday to hell which is stunning and fun but does feel a little like it has been tacked on for… reasons? Probably to tie up the romance which I wasn’t especially sold on in the first place

We do have a large number of POC, many deities from the Egyptian pantheon, Meng Po from the Chinese pantheon, Maalik is Muslim, and there are background characters from the Hindu pantheon as well – none of which are white washed. Maalik and the Egyptians – Horus in particular – also play a major role in the story, more so than any but Lana herself. Khadija, the first wife of Mohammed, plays an extremely powerful role in the book – perhaps the most powerful of everyone there. We also have an Asian Reaper who we spend some time with (Asian in appearance, rather, since none of the Reapers are human or from Earth) Racial inclusion is the norm here, it’s not blanket white with the odd, much touted exception. Unfortunately there are no LGBT people.

This is an excellent book, it hits that perfect balance between having a serious, well written plot while still having a fun and slightly zany world, all layered with a nice sense of coherency some really great characters I can’t help but support and a general setting that just makes me want to know what happens next