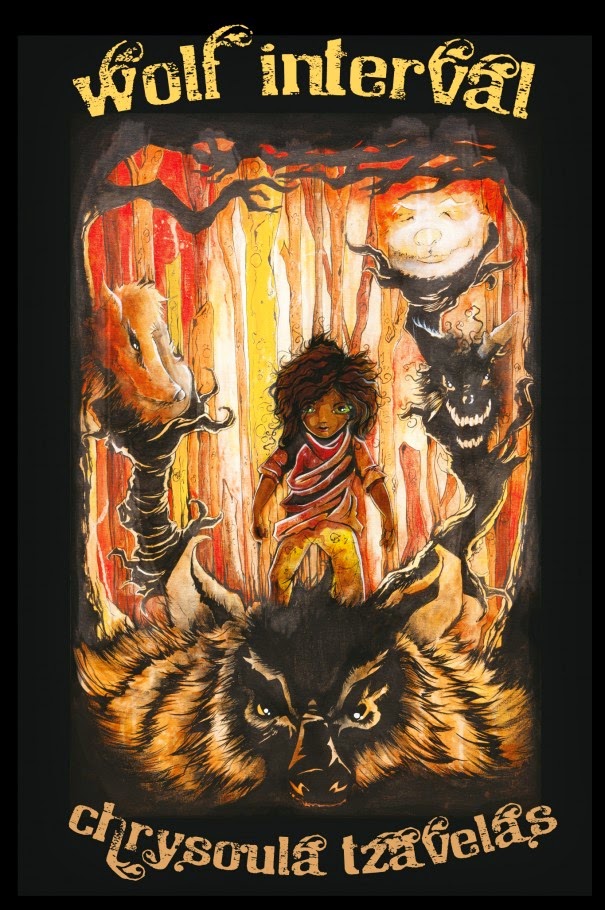 AT is stuck with her father – it’s where she belongs and no matter how much she hates him, where else would she go? She already ruined her one chance to escape and betrayed where she truly belonged

Until the demon Tia pulls her into a new quest – the Wild Hunt is free and hunting souls. Long since corrupted from its original goal, the hunt will not hunt and destroy any free soul it finds – and with the breaking of the chains that held the fae captive, the hunt is also free to roam – or will be after Hallowe’en

AT has a short time and a few allies she daren’t let herself trust to try and remove the hunt before it’s too late. This is something she can’t do alone – but can she bring herself to work with others?ss

The world of this series has always been fantastical. The other world quite literally a realm of imagination and dreams where anything goes; this always creates this wonderful surreal feeling that has really made the whole series to date. The non-humans aren’t just people with fangs or claws or magic – they’re truly alien and strange beings, they don’t think like us, they don’t resemble us in any fundamental fashion, they can be anything we can imagine and more. I don’t think I’ve come across many books that have carried off this sense of the alien nearly half so well

And for most of the series – certainly for the past two books – it has really worked. And it works in this one as well… but the characters also spend the majority of their time in the Otherworld in this book with nearly everyone being something completely alien to any real reference points. AT with her hounds, her shadow and her parentage, Brynn with the shadows on her arm and Yejuen with his alien, unknown magic that confuses even them are all outside of any frame of reference I have – throw in the completely unknown Cat, the odd Jen and the truly alien and unexplained Fiddler all combine to throw in a lot of alien and a lot of confusing. Even Tia, Alastor and Hunter confuse me because I’m not sure where the distinctions lie between them, what this distinctions are and what they mean

In previous books we looked at the alien or focused on part of the alien. Here we’re plunged into the middle of many many kinds of alien and I felt a little lost. I fell through the Looking Glass and didn’t even have a Cheshire Cat as a guide so I was left with a truly powerful sense of the surreal that has permeate this series, more than ever before, but I was also more last than I care to be. I wanted some explanatory notes or for my surreal, mystical confusion to be rationed to a smaller quota.

Then there’s AT. AT is a gloriously complicated character. She’s lonely, desperately, painfully lonely but at the same time terrified of companionship. It’ not just a simple being afraid of her father or even being afraid of herself. It’s both. She hates herself for her weakness but also hates herself for not being weaker – for being too strong, too vicious, too dangerous to be around other people, while still being too weak and too soft to be the daughter her father wants (and she’s complicatedly conflicted on not actually wanting to be the daughter her father wants but still feeling his disappointment keenly – and the sadness and pain of her mother who wanted the opposite). AT is a morass of conflict, not knowing who she is, who she wants to be, who she can be, fearing to have friends because she is too dangerous and may hurt them or isn’t dangerous enough and her father may hurt them, hating herself on multiple conflicting levels. She’s amazingly complex to unravel, especially since this conflict drives so many of her actions that would be confusing in the extreme without this snarled confusion that drives her.

But we have a complicated, alien, surreal world and a character with complicated, snarled personal conflict – that’s a lot to bite off. On top of that we have a world that doesn’t have to follow any logical rules – so we have an alien, hostile city and odd cracks and black holes and strange magic – and demons like Tia playing a long and complicated game that requires you to think 11 moves ahead to come close to keeping up with it all layered with a quest that is difficult and ill defined: sure they have to find the horn but what they do when they get it is another matter entirely. Then drop in a companion they’re never sure they can even trust who swaps sides for a dash more complication

It’s all glorious. Each individual element is amazing and complex and well written and well explored and full of deep issues and themes and characterisations. But all together? Well, to say the least you have to concentrate and you may get a headache and in more than few places it’s like a dozen masterpieces printed on top of each other so you kind of get some kind of muddy mess out of them all. Sometimes less is more, and it would certainly have been here.

The book does have some excellent diversity. The main group is made up of AT (who is straight Black woman), Yejun (who is a straight Korean man,) Brynn (who is a white lesbian) and Amber (a straight, white woman) along the way they meet Fiddler (who is Chinese), and one of their closest allies is Tia (who is a WOC, I think Latina). Jen is another ally who is bisexual. The group is integral, with each member having moments to step up and show their power, skill and ability; even with AT definitely being the protagonist all of them have a powerful involved role to play and all of them are vital to the success of the quest.

We have an excellent world, an interesting, fast paced plot and some truly deep, complicated character coupled with some very strong diversity. The only thing it needed was more explanation and, maybe, some of the complexity pared back so I didn’t feel like I was having to run to catch up all the time.