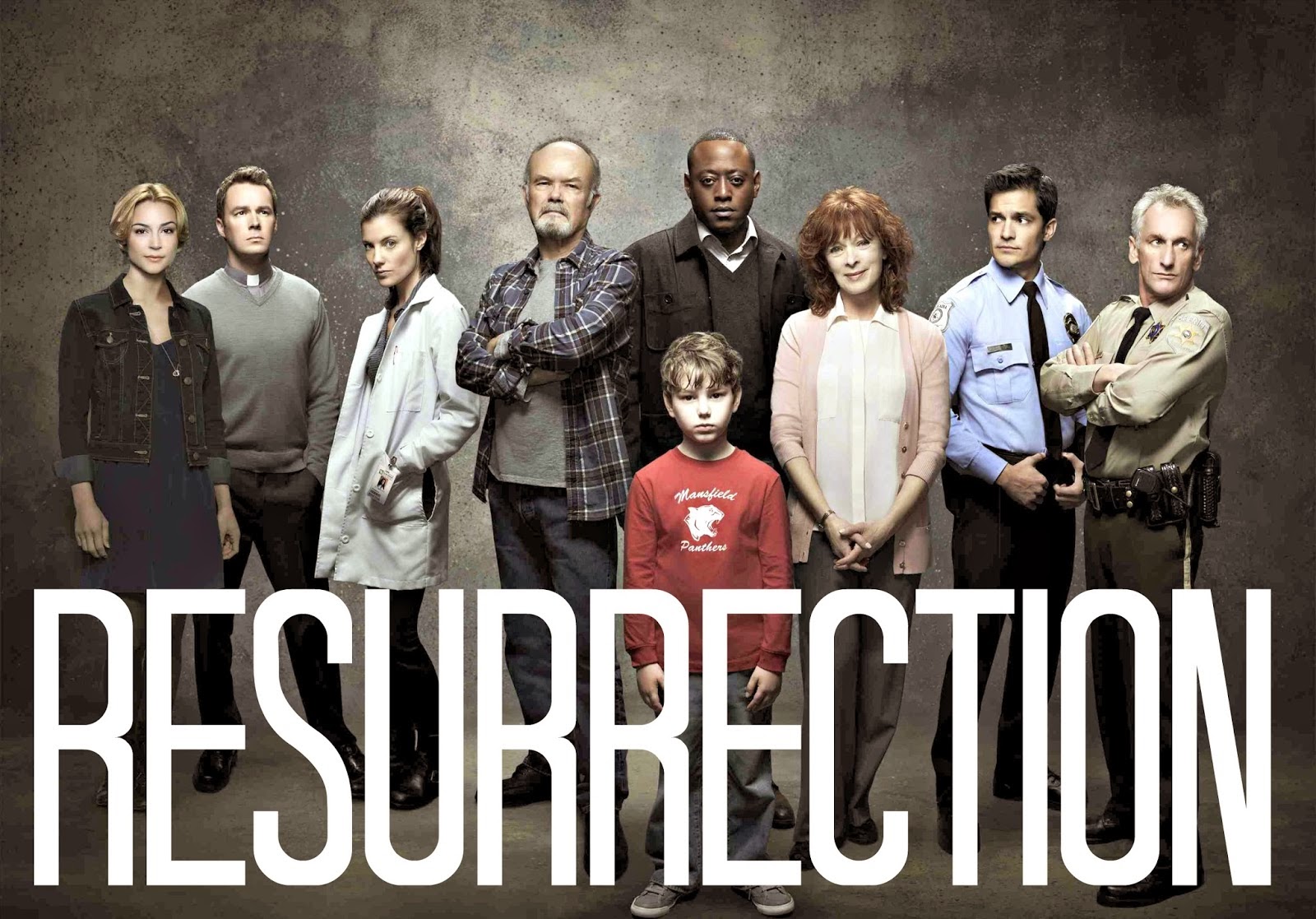 We open with a little girl who has apparently not just survived a plane crash but has managed not to spill her soda while doing so. She looks quite irked by the whole experience though

Then flash to the… present? Maybe? Where Bellamy’s name-less boss stops staring into space and holding a can of the same soda to answer a call from Bellamy. He’s really nastily sick and, to prove the point, passes out on the phone. (Side note – do not try this when trying to pull a sicky at work – it never ever ends well)

Bellamy wakes up in spooky hospital ward with a government doctor ready to make with the sedatives. Bellamy says no to sedatives and yes to information and the doctor runs down some info on the virus – brought back with the Returned and only they are susceptible. They can treat it, but they can’t cure it. Bellamy demands to see Lady Nameless (yes, until she gets a name this is her new moniker). Lady Nameless isn’t especially thrilled with Bellamy being awkward when they saved his life, but fills in some of the virus information including mortality rates and disappearance rates. We also learn Lady Nameless’s job – she’s a statistician with a reputation for being able to predict the unpredictable.

While talking to him she recognises the moon-shaped birthmark on his neck, and connects it to the big cliffhanger in the last season (ABOUT TIME!)

Later, Bellamy decides to do more fact finding so knocks out a guard/orderly and goes snooping. He finds Lady Nameless’s office – and she has a name! Angela Forrester! Awww, I didn’t get nearly as much use out of “Lady Nameless” as I wanted. Inside is a whiteboard covered in sciency-mathy-stuff, a cork board covered in clippings plane crashes – and his own file that notes he is a Double Returned; that he was originally Robert Thompson, a baby who was born and died in 1934.

He confronts Angela and she talks him through his history and she confirms that all the Returned were born in Arcadia. He asks after his birth parents and she mentions the Thompsons, Returned who he has already met – unfortunately both his parents have died/disappeared from the virus, only his sister Jenny (a child though technically his big sister) is left. He gets to see her, to comfort her and promise to look after her.

Bellamy is still suspicious so hides his phone in the centre. The send him back to Arcadia with medication – only 10 a day supply. In case we missed it, Bellamy asks about Angela’s interest in all the plane crashes which she quietly avoids answering. She also adds her skills at prediction and how she is show she will be able to predict the Return.

Bellamy is taken back to Arcadia unconscious.

To Maggie who is having major issues with her disappearing mother (and her hair - which may be more traumatic) she’s also super not happy that Bellamy’s nowhere to be found (because dying. Which used to be a great excuse before the Returned ruined it). Elaine is there to provide comfort and declare that, yes, evil Margaret was there when Barbara disappeared.

Maggie decides to go to the Langston house to tell everyone about Barbara’s disappearance and Margaret being there – Margaret lies through her teeth assuring everyone she totally wasn’t there and Elaine must have mistook her for another evil undead lady. The whole family clings to Margaret’s denial and Maggie at least is willing to go along with that

Henry is continuing his plans to open the factory and for Jacob to one day follow in his footsteps – Jacob is leerier because he’s not sure he’s going to be around much longer (he’s had waaaay too many conversations with Margaret) so Henry pulls out some gentle wisdom before they greet a new arrival at the site – Brian Addison who wants to either buy the site or, when Henry refuses to sell, invest in it. He has “ominous” tattooed on his forehead.

Maggie goes to her dad, the annoyingly-redeemed Sherriff Fred, to tell him about Barbara. He actually manages to be a decent human being and force Maggie to take a breath and 5 minutes to process. Maggie has a full blown panic attack which she desperately hides from her father – she goes to her office and self-medicates

At the diner, Margaret tries to intimidate Elaine into agreeing she didn’t see Margaret with Barbara but Elaine makes it clear she’s supporting Maggie in this. Margaret huffs out and Elaine then has to argue down her brother who has joined a group of Returned-haters called the True Living who blame the Returned for… everything. Including stealing wifi and keying cars (I would call this ridiculous, but sadly it’s also very very realistic); more frightening, they have a map of where the Returned live. Elaine is very clear how much she disagrees.

Fred goes to see Margaret and confronts her, he’s sure she’s lying and is the reason why Barbara disappeared (at least someone sees Margaret for who she is – but why did it have to be Fred?). She tries to guilt Fred and dodge the question but she can’t reign in her spite for Barbara

Fred goes to the bar and briefly considers falling off the wagon before managing to avoid the alcohol. He and Elaine discuss the Returned disappearing and Elaine offers the vague comfort that maybe the Returned aren’t who we think they are. Fred isn’t comforted since he is now very sure they are

The Langstons discuss the factory – both Lucille and Margaret are leery of letting Brian Addison invest but Lucille agrees to hear him out and support Henry. We also have a little moment with Jacob asking his mother why adults lie- she tells him about white lies when she really should have been cluing in about evil mother-in-law

When Margaret puts Jacob to bed he reveals he knows she’s a liar and she tells him that one day they will both have to disappear. Grandma is not very comforting. Lucille has definitely become a little suspicious of Margaret. Henry is still completely oblivious. He makes a call to investor Brian and they agree to discuss the factory; much to the happiness of Brian’s Returned grandfather who is apparently no fan of the Langstons.

Bellamy returns to Maggie and she is Not Happy. He gives her the medication they gave him so she can decide who gets it or not. Using his cell-phone tracker app, Bellamy finds the location of the secret base. He also takes a lot less than the recommended dose of the medication.

Does anyone actually known what the Langston factory made? Except bodies.

Hey that cliffhanger at the end of the first season? We finally acknowledged it! About damn time, it’s only episode 6. Of course, killing off Bellamy’s parents first is a very annoying way of ripping most of the drama out of it.

The True Living seem almost comic at this point – but this is how a lot of hate groups operate. They may seem ridiculous from the outside (the Returned stole my wifi!) but accepting, believing and promoting this level of ridiculous hate stories keeps a lot of bigotry alive and sharp.