Between, Season 1, Episode 1: School's Out

A young man in a night shrouded wood tries to head to some large metal gates – as soon as he gets near alarms sound and soldiers point guns at him.

Now we’re going to start the story, going back to Day 1. Death toll 0. Did I ever mention how I hate the trope of having a flash from the middle/end of the episode at the beginning?

We’re in the rural town of Pretty Lake and in a highschool where Wiley, a pregnant teenaged mother and student declines her friend Adam’s offer of skipping class (a neat moment explaining that Adam is smart and has already been accepted to MIT and drawing attention to Wiley’s pregnancy. Nicely done). She refers to herself as the “minister’s fallen daughter” with lots and lots of sarcasm to deal with Adam’s concern. She’s also keeping the dad a secret.

Wiley’s rather jokey sarcasm takes on a much harsher tone when talking to her sister, Melissa later at her dad’s church (and she clearly feels judged by the Jesus windows) when Melissa finds their dad, on the floor with blood on his mouth.

Adam is really looking forward to going to MIT since he’s not a fan of living in a small town – and he’s supported and congratulated by his 21 year old teacher, Ms Symmonds currently doing her masters she seems kind of sad that Adam isn’t more receptive (budding teacher romance?)

Some other quick introductions: rich guy in a big fancy car who drives like a fool. Ronnie, small time drug dealer, and his much despairing plumber’s apprentice relative (who are nearly killed by arsehole rich kid). The relative (we need naaaaames!) goes to confront rich kid’s rich parents. The rich kid, Chuck, lies and says that it was him who hit Chuck’s car and he’s managed to rustle up a couple of people to lie for him. The confrontation is derailed when rich mother starts bleeding from the mouth – and dies.

Then there’s a guy who just joined the army and his awesome little sister who skewers his decision in a perfect slap down that means I want everyone else on the show to step away so we can focus on her. He apparently works on a farm owned by his father (with the implication that his dad is close to bankruptcy) with his grandfather looking on as he delivers a calf. Grandfather becomes the newest victim of the plague

Panic begins to grip the town, passed around by social media and texting (which is a really nifty scene) as scared people share news and worry.

Interlude with drug dealer guy going to by guns

Adam’s uncle Dave is trying to examine the many many dead, but he admits to his nephew that he’s way out of his league (unlike Adam’s brilliant but dead dad). There isn’t a whole lot of hope and Dave tells Adam to leave town asap.

Adam tries to convince his mother to leave though she thinks he’s prone to conspiracy theories (Adam also had daddy issues, it seems)… but then she becomes the next plague victim going from completely fine to dead within seconds.

The death toll is now increasing at a massive rate.

More and more bodies mount up and Melissa prays desperately over her dead mother while Wiley angrily resists her request to do the same. Melissa demand Wiley prayer for salvation with damnation looming – Wiley angrily replies that she doesn’t want forgiveness – not from Melissa or god.

The powers that be move in and Minister Miller explains on TV that Pretty Lake is now under full quarantine (she’s outside the town, sensible but cynical lady). The citizens of the town are really not happy about this and express their rage to the mayor who didn’t get chance to flee the city.

When drug-dealing teen, Ronnie, tries to return to town with his bag of guns, he finds the quarantine fence and is stopped by troops who are pretty hardcore to begin with and get much more so when they see the bag of guns.

Big science people from the government come to see Dave and his room of bodies (and point out Dave isn’t wearing protection which is what I thought too) with the basic news that, beyond the black bile they all drool (not blood – goo zombies?) they’ve got pretty much nothing

Wiley agrees to sell her baby, speaking to someone who talks like a lawyer who also stresses that she can’t tell anyone who the father of the child is. Wiley remains hurting and sharp tongued.

Back to the prison where the inmate we’re following gets more grief – and the guards watch (the older guard saying the confrontation will happen eventually but at least now they can step in before it gets too severe). When attacked, the man hits back with explosive rage – and a knife. When the guard pulls a gun, he drops the blade – and the older guard brutally beats him with a baton.

To the rich family, with Rich daddy who is still alive obsessively looking at CCTV (it looks like he owns a store) while his daughter Lana is just angry and stunned at his ridiculous focus, though her outburst upsets sister Amanda, who seems to be mentally disabled

Ronnie’s brother and sister realise that Ronnie was outside the quarantine even as they face the seeming inevitable death approaching.

At the farm, little girl Annie tells her new-soldier brother that their dad has died.

Hacker and genius Adam has made a connection though – no-one under the age of 22 has died. He also checks the guard schedule for the perimeter.

Adam goes to find his uncle in the building that is completely overwhelmed by bodies – and finds he has died. He tells Wiley about his findings and that the computer hacking has revealed that the guard was right – the quarantine is a permanent solution, for years if necessary.

Adam convinces her to leave with him and she goes home to pack – which is when her waters break. She texts Adam – and says she’s changed her mind and he should go alone. She doesn’t mention her labour.

At the quarantine fence, much to his surprise, Ronnie is released into the quarantine zone: it’s not the quarantine soldier’s job to care about guns or drugs. As he leaves he’s told by one cynical guard that the powers that be are leaving the town to die so they don’t infect anyone else.

He joins his friends and is all excited about looting and mayhem they can have in the dying town.

They steal a car – which is watched by the owner, Rich Guy (who still isn’t dead!). He calls the police but there’re probably no police left. Instead he and his son Chuck go to track the thieves themselves. They catch up with them and lay a trap – then hold them at gun point. Rich Guy, Mr. Charles Lotts, decides on his own justice – he decides to strip them then tar then – but he has no feathers. Having heard the shot the farmer/soldier (I’m going to just look up his name, it’s bad enough with Olympus not bothering with names without this) Gord arrives with his own gun and disapproves of these shenanigans. “The last time I checked you were just a rich guy, not the law”. Charles leaves after making some ominous threats.

Gord takes Ronnie and his friend to the police station since they did steal a car, but they point out that a) there may not be any police and b) Gord just pulled a gun on the town’s richest man – what does he think will happen?

Melissa arrives then asking for help from Gord (who has birthed cows which I guess is sorta similar?) taking precedence over some car thieves. He helps Wiley and she gives birth to a son. He’s alive – but for how long?

In the prison, younger female prison guard tries to make friends with the inmate who rejects her. The implication is their prison is inside the quarantine and people are dying there as well (I wondered how it fit in. Most of the staff are dead or have left – and the older prison guard decides he quits and hands the keys to one of the inmates (the one who was stabbed by the inmate we’ve been following). The guard doesn’t get 3 feet before dying of the plague.

The inmate takes his gun and goes and lets the other inmate out, ready to shoot him – when young prison guard arrive (damn it! NAMES! NAMES ALREADY!) with her own gun. She disarms him – then shoots him, twice. Then she tells the other inmate we’ve been focusing on who really needs a name to get back in his cell.

That’s a whole lot of characters you’re throwing at me show. We also need names. A lot more names. I also need the main character not to be called Wiley. 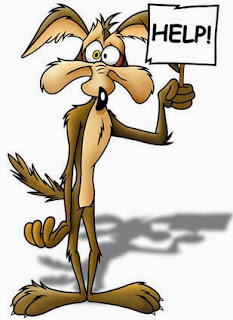 I’ll be honest, I didn’t have high expectations for this. A plague that killed off everyone over 21 may seem intriguing, but given the Urban Fantasy and YA books I’ve read and the shows I’ve seen I also didn’t expect it to stand out (parental supervision? School? HA! Not for these teenagers!). I expect love triangles and teen angst and to be rolling my eyes so much I’d get friction burns – my one hope is that it didn’t air on the CW

I’m pleased to say that I was being unduly cynicism. There seems to be very little teen drama of the over-angsty-love-triangle-CW style and Wiley is certainly a novel character – teen mothers are not common in this genre

Like many pilots I find myself waiting for more. I think especially since there are a lot of characters on this show and we’ve only been briefly introduced to most of them – I need to see where this is going because I can make any more judgements. Nothing stands out as being especially interesting or especially horrible