After a brief reprieve last week, Olympus is back – clearly we have not suffered enough.

Hero is being all blooded and tortured by Medea for funsies (and the Lexicon) and then they face a far more terrible fate – awful special effects. Seriously, is this show funded by the change the producer found down the back of his sofa? The vision has the beast complaining about him being weak and with a clean heart and his future self being free and something about a mortal god dying and rising again.

He wakes up with an unpleasant wound on his chest and a curious Medea – she’s got all sorts from his vision including that the Guardian of the Lexicon is Kronos! God of Time. Putting together more elements she declares he has to defeat Aphrodite – killing love.

After a bit of a woo-woo, Medea finds Aphrodite and sets off with Hero – though Hero questions why Athena would give up Aphrodite knowing, as Medea puts it, nothing of sisters nor the war between reason and passion

In Minos’s camp, Minos insists that Daedelus have his siege engine ready by the end of the day or he be disembowelled, cooked and eaten. And yet, I sill kind of love Minos. I have no idea why. Daedellus is, thankfully (or regretfully, depending on whose side you’re on) a genius

Part of the prebattle ritual involves Minos having to eat a sacrificed ox heart – he amuses me immensely. He decides if he has to suffer, so does Daedalus and sends him the brains.

Oracle –who-doesn’t-have-a-name goes wandering and finds some random cannibals attacking a boy. Her cold-reading ability fails to intimidate them – but Chalciope drops in and her actually-killing-them tactic is much more effective. Then she kills the boy, in case we forgot she’s the bad guy. She wants Oracle to tell her where Hero is and they have a bit of snarking about comparative religion.

Medea leads Her to a cave where Aphrodite is supposed to appear – he goes in and finds Oracle praying. There are 8 levels of misunderstandings between intercepted notes and visions and plans involving Kimon’s note, Chalciope using Oracle as bait and a lack of an army. And Hero realising Chalciope is the woman who killed his mother

Oh and there’s a different interpretation of Hero apparently finding love in this cave/temple and instead finding Oracle. Or is it instead? Oracle is quick to all but yell “me me, I’m your love, me, pick me!” Hero explains the whole god murdering thing and Oracle is not impressed with his shallow theological knowledge – instead pointing out the gods are abstracts and “kill Aphrodite” means killing the love he has for a person not actually beheading a woman on a clamshell. Oh and that person you love is totally Oracle. Honest.

Outside Chalciope and Medea run into one another – and they know each other. Chalciope even references a past love – they are sisters. Chalciope remembers Medea killing her children but Medeas asks if it’s Chalciope making amends. There’s deep currents to this conversation and I kind of like it – characters with a big epic past we don’t know about but they don’t exposition –because they wouldn’t. They throw in some virgin vs promiscuous attacks (echoing the discussion earlier about Aphrodite and Athena). When Medea offers herself up to be murdered by her sister, Chalciope demands she ask forgiveness for her sins so her god (she’s monotheistic) will forgive Medea. Medea’s powerful response: a god who will forgive her sins is not fit to be a judge. Well… damn.

Before she can kill Medea, Hero attacks her with his rope – dilemma, he is a master of the rope but he can’t kill her with it like he can the sword which he isn’t all that good with.

They fight and she wins – the clear superior, even with Medea’s help. He agrees to give her the ring of the Magi in exchange for their lives and while she’s admiring her new bling, he stabs her. Medea looks horrendously sad as she comforts her dying sister. They make their beautiful goodbyes – and then the ring vanishes as does Chalciope’s body.

They go into the temple and Medea starts putting 2 and 2 together and asks Oracle of they love each other and she confirms that yes, Hero loves her (despite his denials) and she loves him. Hero is all quite clueless about this and reminds her that he’s cursed. She tells him this makes her feelings stronger (now that’s a pretty rare kink). Medea has a different interpretation on things – Hero has to kill Oracle. She heckles him and challenges him to get with the murder while Oracle is all “whut, why, seriously?!”

Back in Athens Lykos confronts Kimon about the accusation that he’s actually Pallas’s creature set to spy on him. Kimon protests his love and they kiss and Lykos melts – until he learns that his uncle is about to be tried and executed for his crime. Personally I’d cheer and sit this out, alas, Lykos is more moral than smart.

Pallas is on trial which… well isn’t the most just of proceedings, starting with Pallas having to find a way to refute Medea’s accusation without *gasp* accusing the queen of lying! Xeres tries to back out of accusing his co-conspirator by appealing for unity while at war but that’s far too reasonable for Aegeus. When he passes a death sentence on his brother, he does seem saddened and pained by having to do so.

But Lykos turns up to confess. He argue he was willing to sacrifice himself for the city, for the people and that every new order from Aegeus was bringing them closer to destruction. All truth. He also didn’t think that Minos would have managed to gain the Lexicon because Medea, uber witch, had failed.

While Aegeus was willing to have his brother executed, executing his son crosses a line. Aegeus needs someone to lean on here – but Medea and Hero have both vanished.

Minos amasses his armies to attack and Aegeus is falling apart without Medea and Hero around – though they found Medea’s notes pointing to her having made a breakthrough on the Lexicon. He completely fails to come up with a strategy, orders or anything in the face of the impending attack

That night Xerxes prays to Apollo, apparently having missed the memo about him being a sun god (but then he’s also the god of a fuckton of other stuff as well. I always have a mental image of him lurking around the Greek Pantheon picking up any random shit the other gods leave unattended “music? I’ll take that – oh healing? Yeah throw in that. I’ll take the son as well, and oracles, hey Artemis put her bow down – totally stealing archery sis!”). Pallas drops by for a word about the whole throwing him to the wolves thing along with Kimon to offer a choice- poison or stabbing (I’d take the stabbing – poison hurts a whole lot more than people think)

Except Lykos arrives and is rather unhappy to find his totally-not-Pallas’s-servant lover aiding in a little late night assassination. Not only does he realise that Kimon is on Team!Pallas, but Xerxes also reveals why Medea didn’t just send the boy away if he was a threat – because he’s an illegitimate son of the royal house.

Lykos gasps, asking if Kimon is his cousin, Pallas’s son? Nope – he’s his brother! Yes he’s Aegeus’s illegitimate son. Lykos reels back realising he has been kissing and potentially-implied-because-the-show-never-went-there shagging his baby brother. Aegeus doesn’t know (how that fits in with Kimon being too sheltered to be sent away I don’t know) or he’d kill him because Aegeus. I think Lykos is still on the “ZOMG I NEARLY/ACTUALLY DID SHAG MY BROTHER!” and runs for the hills.

Kimon catches up with his brother lover and Lykos is hella pissed – loving Kimon was a life defining and life changing moment for him and now it’s all rather undermined. Kimon protests they can still be lovers while also telling him how much he owes Pallas and how he’ll never be able to repay that debt. Lykos says hell no – and banishes Kimon from his sight, calling Kimon “dead to him.”

The war begins, Minos pokes Ariadne about Hero a little form his camp. In the city Aegeus is a sobbing wreck. And Daedalus’ invention moves towards the gates.

I give points to some surprising mythological elements on this show (they spent their special effects budget on some classical scholars), I’ve seen many depictions of Aphrodite as the daughter of Zeus, but few of her alternate origin, the primal force (I’m sure there’s a lot can be said of the goddess of love being a powerful female primal power then becoming a daughter of a patriarchal deity in later depictions) born of Cronus and sea foam.

The show decided to have a gay character. Yes one of the almost-main characters was going to be gay and have a love interest. Sure we’re going to throw in a lot of weakness tropes, having him more easily manipulated than a UKIP voter and drop a whole load of historically dubious homophobia but it’s possible this is going to go to a decent place so long as they don’t ruin… 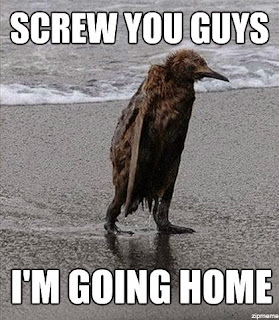 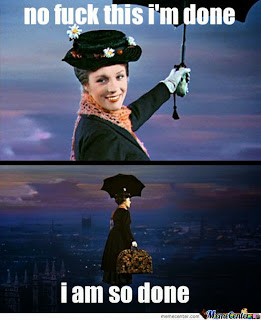 Well, I suppose it’s different from the usual gay death – but only someone with an unhealthy love of the Supernatural fandom would consider this a step up.

I was going to say Chalciope’s words of love suggest that she and Medea were lovers – but in mythology, a Chalciope was Medea’s sister. But then, given the givens, is that a barrier for the sexy calf messages that this show seems to think constitutes lesbian sex?

Also that one scene with Chalciope and Medea was more awesome than anything this show has produced (a low bar) except maybe Minos (and no, I still have no idea why I like him so much).

I’m also curious to see how utterly collapsed Aegeus is without Medea. She leaves and he literally falls to pieces.