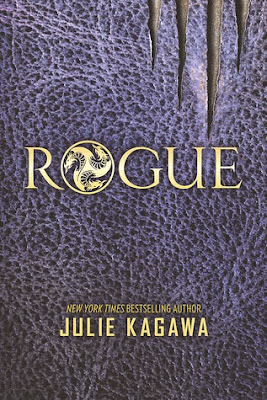 Ember and Riley have escaped from the Talon and are now Rogue dragons on the run. In theory they should go into hiding, especially since Riley’s network of freed dragons is under threat and needs his attention

But Garret is still imprisoned, the former St George soldier faces execution if they do not save him – and he did save their lives. But are they really going to risk everything to save someone who once slaughtered their kind?

Dante, Ember’s brother, is also desperately hunting them. If he finds Ember, bring her home maybe he can still save her – and maybe his own position in the Talon won’t be irretrievably damaged. But how far will he go against his sister for the sake of his position?

I think this book is better than the first one as it has made an attempt to get some motivations in order beyond “hot person is hot so I will happily throw away my loyalties and beliefs even though I’ve only known them for a couple of days.”

So Ember is focused a little more on how the Talon was demanding she kill, including killing her own kind since, as a Viper, she would be required to hunt down rogues. There’s a lot of her reflection that she can’t bring herself to do that, doesn’t want to become that and, even as she fights for her own survival, is afraid of becoming someone who can kill without remorse. She’s afraid that her own fight for survival will turn her into the creature that Talon always wanted her to become. It’s a level of depth to her supremely shallow story that works far better than her deciding Talon was evil before she had any evidence, or deciding to be a rebel without any good reason or trust a stranger with even less. If you forget the first book, Ember now makes something approaching sense.

Similarly Riley/Cobalt had a wonderful back story that explored a lot of his reasons for going Rogue in the first place. His motivations are excellently explored and his history really does display perfectly why he could no longer work for the Talon and why he was driven to start working against them. Through his past we see a full reasoning for him trying to get Ember and the other hatchlings out of Talon’s control and a really strong reason for why he either wants to bring them down (along with Wes who we can see has his own real motivations). This was excellently done

Which then crashes and burns with the huge chunk of this book where Riley decides to risk himself and his entire network to rescue Garrett for Ember. We spend so much of this book exploring his past, really bringing out why he has such a beef against Talon and how important his work is – but he’s willing to jeopardise all of that for Ember? Similarly, Ember is willing to risk her life and freedom (which she just fought so hard for), Riley’s life and his network (which she knows is so important) for the sake of Garrett who she still doesn’t know all that well? This book is trying to get away from the generic and dubious romance that clumsily dominated the first book but still badly undermines that progress.

The same applies to Garrett – now Garrett realising that Ember and other dragons are actually beings with feelings rather than monsters and demons should have been an excellent character moment. And I liked that he made this point before his tribunal rather than call on his love for Ember. His realisation that it is wrong to kill dragon-kind simply for being dragons should have been a powerful one and a character defining moment. It also should have been a moment of soul-shattering revelation and a whole lot of introspection because he has been hunting and slaughtering dragons for so long and so successfully his fellow hunters called him the “Perfect Soldier”. But we don’t get that – most of his storyline far more focuses on his attraction and love for Ember than the revelation that he has been involved in an unjust genocide – it doesn’t even make the character feel evil because it’s just so badly executed. Again, there’s an attempt to move on, but the romance that started this series is dragged out even when it’s grossly inappropriate.

There’s still a lack of nuance to the story. There’s lots on the evil of Talon but little acknowledgement that Talon was created to protect dragons from extinction or that Talon – or a Talon-like organisation – may be necessary for that reason. There’s so little exploration of issues like this – the need for Talon, the importance of Riley’s network, what he actually intends to do with this network… it’s all lacking.

There’s also a real lack of development of dragons as dragons. Starting with the romance where, for reasons unknown, a giant reptilian is even attracted to a bald ape in the first place. But there is just no real difference in the thought processes of Ember and Cobalt than there are any human – there’s no real development of them AS supernatural beings and certainly not as dragons. It’s generic supernatural creature with generic evil organisation and generic hunter group all of which can be switched with little real change to the story.

Thankfully we do have less of the rather ludicrous “my dragon thinks…” but it’s still there and it still makes no sense. Though a couple of times Garrett thinks “my inner soldier thinks” which makes me wonder if this is going to be a thing and later I’ll read things like “My inner pizza-chef thinks this needs more mozzarella.”

And can we talk about the name “Ember”? It seems like a minor thing to snark about but it continually made me laugh. I mean we have this society of dragons desperate to hide who they are among humans and they call her EMBER? Why Ember and her friend, Scaly McFlamylizard and Fang Notadragonski were shocked that their perfect cover was blown! Another snarky moment – Wes’s English accent is a pretty terrible Dick Van Spike rendition.

As far as marginalised people go, Ember is developing motives above and beyond the romance but still making terrible decisions – but then, so is everyone else. We also have several cunning, capable and lethal female characters on team!bad guy but they are certainly good at what they do and no overly troped (even relying on other people’s underestimation of them).

There are a few POC in vanishingly minor roles that I remember – bit part humans who were barely involved in the plot. There were no LGBT characters at all.

In all this book is marginally better than the first one. It still feels painfully generic, it’s still lacking in world building and development and, above all, it is really failing to live up to the potential of its concept. But it is better and it is dropping hints that the series is on the way to becoming much more than what it is. It still fell short of being anything close to a compelling or exciting read.