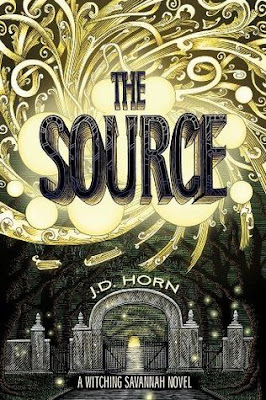 Mercy is now the family’s Anchor and technically in charge of the magic of her family and one of the most powerful witches in the world. If the other Anchors would let her be. Hemmed in, limited, constantly spied on to say nothing of her struggle for control, Mercy isn’t finding power particularly easy to live with – especially since all that power cannot be used to find her lost sister

Her fragile world is further thrown into disarray with the return of her mother – who she thought dead in child birth. Her mother has an entirely different story not just of her death and her family but of the origins of magic herself. Mercy, who knows all too well that her family can and does lie to her, now has to try and find the truth between the competing sides and the reality of magic itself – knowing whichever side she chooses will mean losing family.

Throughout a lot of this book we’re left very much in doubt about who to trust, who to support and what the truth is.

A lot of books trey to create this – and usually fail pretty badly. Usually it’s very clear which person is actually the bad guy and while the protagonist may trust them, it’s usually while the reader yells “noooo what are you doing?!”

And the Line itself adds a whole new level of complexity and uncertainty. We have the “official” version of what the line is – of the barrier that keeps the demons at bay that would enslave them all as they have in the past. But that is the official version, the Anchor’s version – a version that suits them well and empowers them. A version pushed by Ginny who we know was deceptive and dangerous and manipulative and certainly didn’t have Mercy’s best interests at heart.  But there are rebel families – it seems rather unlikely that the rebel families aren’t fighting for the eager chance to be slaves – so an alternate narrative seems likely, especially since those Anchors love their secrecy.

This is even more complicated by the witches even acting in the best of faith simply not understanding the true nature of the line or the world they’re in – which, in turn, makes them potential antagonists towards Mercy.

Throw in the added difficulty of family connection, Mercy’s long lost mother and her mere existence pointing towards deception among those closest to her (and after those closest to her having already hurt her already) means we’re genuinely in a position of not knowing who to trust.

This makes the whole plot work – it makes Mercy’s conflicts work on top of not knowing what to tell Claire and Peter (while at the same time expanding the world building in a very new way with them) and be far more than Mercy just sitting around stewing and worrying.

We also have some really good relationships. When we first saw Mother Jiro, she seemed like a walking stereotype and I love how it turned that on its head, how her language and behaviour was an act based entirely on how people expected an old Black witch-woman to act, especially since she was so well educated but the prejudice she faced prevented her realising her ambitions. While she was often presented as an outsider before, here she not only receives the respect of the Taylor witches but she is openly described by Mercy as a mother to her AND as the only person in this complex book she actually trusts. When distrust permeates this book, that’s a rare accolade. On top of that, Jiro, often derided as weaker, proves she has skills and powers that far exceed the Taylor witches, she more than proves herself.

Of course there is a real problem of a Black woman becoming a mother figure to a white lady – a southern white lady at that, comes with some really damaging Mammy tropes.

Oliver is a gay man and is in a complex relationship with Adam, a Black gay man who is struggling with being openly gay in a homophobic society. Their relationship is still in a foundation stage and has the same complexity as before. I generally like both characters especially since Oliver is one of the few characters Mercy comes close to trusting… however Oliver is the self-absorbed manipulator, Tucker, a bisexual character, is the hedonistic philanderer who can’t stop cheating and while Adam is free from stereotype except for being closeted we still have Mercy, a straight woman, feel that she can lecture him on being a coward because of that (and not being told how very wrong she is and how she needs to shut up as of yesterday). Still I like these characters a lot more than I am concerned about the negative elements.

I also like that Mercy’s aunts are not just competent older women – but that they’re sexually confident and active older women and not shamed for it (even if the utter horror Mercy et al feel about the terribad magical orgy is rather over the top. ZOMG! Consenting adults! Having sex! Oh my goodness gracious me! Loosen the grip on the pearls). There is complexity about Ellen and her choices – including with a man Mercy loathes but I also like how Mercy understands how wrong she is – and how those around her both struggle with Ellen’s alcoholism and how she pushes back against unhelpful “support”.

There’s a lot of good in this book – a nice twisty plot, an ever expanding world and some decent minority characters even if they don’t dominate the book. Most of all we have a lot of very real, very complex characters which really sell it all. The world, plot and machinations work because even minor characters have some depth to them and are believable in the roles they play. It says something that just about any of them could become protagonists in their own right because they are such developed characters