The Iron Warrior (Iron Fey #7, Call of the Forgotten #3) by Julie Kagawa 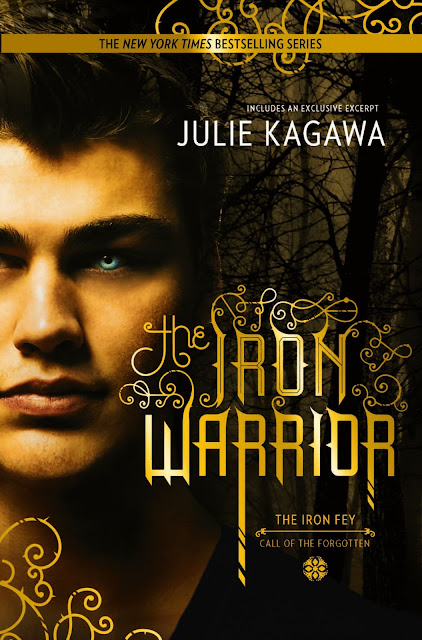 Ethan wakes up – which is something of a surprise since his uncle, Keirran, stabbed him to destroy the Veil

He isn’t dead and the Veil hasn’t been destroyed – but Keirran has joined the Forgotten and their terrible Queen in their war against the other courts. Even Meghan, his mother and the Iron Queen will be forced to move against him.

My main love of the Iron Fae series is the world. The different fae courts, their politics, their magic how they all combat each other – I’ve always liked this world and it’s an excellent backdrop or adventures.

Ethan is this book’s protagonist… in the past I haven’t been a big fan of Ethan. In a way he’s an excellent every-man except for his combat skills. He’s not… stellar in any real way, I find him kind of bland, to be honest, especially next to the major personalities around him. But this book he did have some excellent character growth and maturity that made me like him a little more

The star of the book had to be Kenzie – she works so excellently well with Ethan and, in a genre full of action heroes who can kick arse, she showed us a powerful character who wasn’t defined by her ability to break things. She’s clever, she’s prepared. She has a big pack of useful items. She can negotiate with the fae because she thinks. She’s the brains and she’s one of the most powerful characters because of that. Ethan may be able to stab things, but ultimately Kenzie is the one who knows you need costume jewellery to bribe yourself over a bridge, or to carry a big canister of salt. It’s Kenzie who is most able to cut through the fairy politics and make raging, uncooperative fae stop and think for 5 seconds. Ethan can stab things, but it’s Kenzie with the brain to direct that stabbing.

I liked this plot, but I do find the Iron Fae series to be a trifle formulaic. That’s not essentially a bad thing, if a formula is entertaining and a spin is put on it. If you can add more interesting elements, more original features then a good formula still has plenty of fun left in it to keep it going.

It is fun to see

But it does mean you can kind of see the shape of the story as it begins. I can see the quest, can see the twists we’ll get. We kind of know it’s not going to get really dark, we’re probably not going to see any real losses. I suspected what was going to happen to Keirran since near the beginning of the book and by half way I was nearly certain. The fate of the Forgotten was always pretty predictable since we’d already seen, at its core, the same path with the Iron Fae.

Again, that’s not a bad thing. And there’s even some nice notalgia-ish moments when we see old characters like Wolf and Grimalkin rejoin the party for the old classic story.

I liked it, I did like the plot and the story and even the characters – it was predictable but it wasn’t bad for that, it just didn’t really go anywhere expected.

I did find myself somewhat frustrated by the ending – I feel that there was a rather grand glossing over of the wrongs that were done. Especially since there was a war and a lot of people died – they become somewhat nameless after the fight. While we made a big thing about the single poignant sacrifice, she was cast as the only sacrifice, the other dead didn’t matter and consequences were no longer important. Especially since all the “good guys” except the designated sacrifice managed to get out of the big battle unscathed.

This series continues to be poo in terms of inclusion. The one POC in this book – and, to my memory, the entire series, is Guro, who exists to dispense woo-woo (even the fae have POC dispensing woo-woo) and be the wise supporter to Ethan. There are no LGBT characters at all. After 7 books that’s a pretty poor showing.