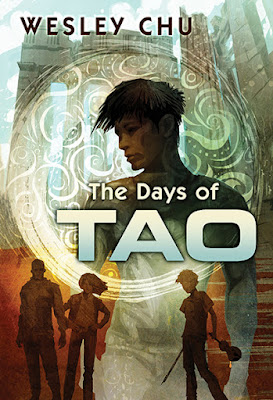 Cameron Tan is having a summer break – somewhat enforced by his less than impressed mother – a very important figure who is not amused by his latest grades.  It’s a break from his training as a Prophus operative – carrying the alien Quasling in his mind – but not too unwelcome
That is, until he finds himself on the front lines of World War 3.
This book was fascinating and frustrating
Fascinating because I love the world setting and the concept. People bonding with a Quasing, alien beings who then bring their experience and knowledge to the partnership while at the same time drawing human nations into their own civil war. I like the balance of this, Tao brings experience, knowledge and intelligence to the partnership with Cameron, but he doesn’t bring super powers or awesome abilities. He has insight and intelligence to offer, but skills and abilities are all Cameron‘s own. Including his great combat skills
It’s also easy to make a character a combat monster and call it done – but Cameron has a lot of stress riding on him that no amount of combat ability can really change. He has huge expectations laid on him, a large legacy to fill, demanding parents, a demanding Tao and hard decisions to make. In many ways, no matter how dangerous he is, he is not even remotely ready for this task. In fact, his doubts and difficulties make his combat skills seem almost surprising – which says a lot about the ideals I’ve absorbed from the genre. A male protagonist who can cause so much damage is surely super confident and can’t have any doubts! In Cameron we see skills and insecurity, ability and inexperience and a whole lot of doubts and pressures that he’s desperately not ready for
It’s also one of those books where you can sit there smugly as an audience and say “you’re making the wrong decision” because there’s an obvious, logical choice. But it’s easy to make those logical choices when you don’t have an emotional connection to those left behind.
I think that may be one flaw of this book – because while Cameron’s growth, conflict and emotional development is impressive and excellent – I can’t say the same for the people around him. I think it’s because the book is pretty short and there are a lot of people and they kind of just become names. I mean, from Cameron’s reactions I can see how painful it would be for him to leave a person behind or to see them hurt –but I don’t have any connection to these characters.
The characters are racially diverse, or generally seem to be. Cameron is Asian, and many of his friends from school are definitely POC – generally the characters are not described in great detail, though, so in some cases it can be hard to make sure. One of the main characters who Cameron is trying to protect who is so important to this war is Nazar, a disabled Kurdish man (and nicely complicated after his time as an undercover operative). Cameron’s fellows come from many countries including Iran (perhaps the character he is closest to beyond his mediate friends) and China which adds extra conflicts since these countries are allied with Cameron’s enemies which is touchy when a Cold War turns hot. There are, sadly, no LGBT characters
So why am I frustrated with this book? Because it’s very short and feels very much like an introduction, a prologue, more than a complete story. That’s not necessarily a bad thing fora novella. This book sets up our main character and the opening shots of a main story arc, We see the stakes - the terrifying global stakes as the first shots of world war three are fired, as well as the very personal stakes as we see what Cameron has to go through in such a short time. This is the prologue – and the story from here is going to be brutal and fascinaing
Of course, part of that frustration could stem from my belated realisation (after finishing the book) that this is The Days of Tao and not The Lives of Tao which means, yes, silly me has started a series half way through.