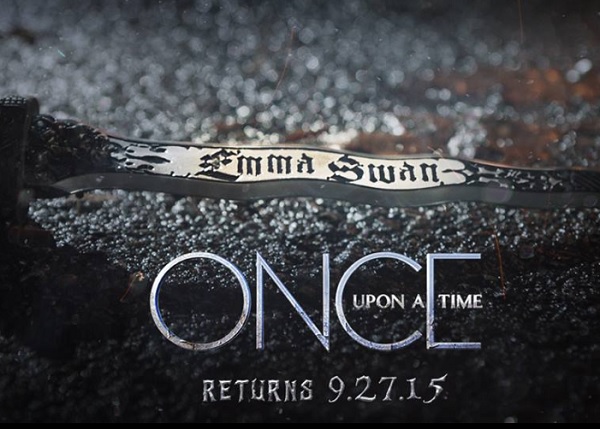 Regina is having the worst day ever. The love of her life is dead and at her funeral she has to enduring the sappiness of the Charmings and then her lover’s rapist trying to comfort her

Regina, if you want to curse this town again I’d totally understand.

But Regina stays on team good guy if nothing else because Gold is pulling some shenanigans with the Olympian crystal he took and everyone would rather they didn’t. He’s linking all of the town’s magic to the crystal in order to try and get Belle back – considering he already has the power of all the Dark Ones and the power of the Olympian crystal, adding more is… worrisome. Unfortunately Emma is still suspicious of Regina going all dark again so we have several arguments and Regina, rightfully, being rather angry that a grieving Emma can drag them all into the underworld while Regina has to go to her room.

Seeing his mothers’ fighting pushes Henry over the edge and he and Violet decide to end all magic  he blames magic (not entirely inaccurately) for all the misfortune in his life. And he still has the magical ace in the hole – the author’s pen. I’m not sure why he can’t just use the pen to write magic out of existence – but he can use it to steal the crystal. Which he then intends to destroy – but going to New York

His logic for this is his dad, Neal, also wanted to destroy magic… except… that’s not quite right. His dad wanted to flee to a land without magic (and wanted Gold to come with him). And he succeeded. Why would New York City have ANYTHING magical in there, let alone a magic-destroying trinket? It makes little sense

Do you know what makes even less sense? Henry and Violet wandering into a random library and finding OODLES of storybooks just like his (suggesting a gazillion new stories he can screw up when he destroys magic) and a grail. A black grail. An anti-grail. If the grail is the source of all magic then, yes, he has found its destruction

In a random library. In New York City. Is this an attempt to make Zeus resurrecting Killian seem less convoluted? Because this is one ridiculous storyline right here

Emma and Regina are better as they set off after Henry. Regina is still torn up and pretty much decides she’s doomed (which doesn’t surprising me given what she’s been through). She is doomed to constantly struggle between good and evil, constantly resist the urges of the Evil Queen (to curse Killian which, again, I would have given her a pass over). To embrace evil would be to lose all her friends and family. To embrace good means to always be doomed to live with the evil she’s done ad always face the consequences

Which she considers deserves – Regina is tragic and utterly overwhelmed with self-loathing. Oh Regina, she deserves better –and it’s sad that this scene is probably the most involvement she’s had in the entire season. The one bright spark is Emma’s firm insistence that she doesn’t believe that, that Regina can be happy and deserves to be happy.

Gold does catch up to Henry and Violet, taking back the crystal, before Emma and Regina do (Henry regrets nothing, still believing magic is all evil) – but Henry keeps the black grail to himself.

But while all this has been going on, the Charmings, Killian and Zelena have been using the wand-portal to get the people of Storybrooke home. After all, if Henry destroys all magic, they’re stuck. This works well until random-convenient-plot-point the portal messes up and Zelena, Killian and the Charmings end up in a strange realm – and quickly imprisoned

I think imprisoning then on sight’s a good plan. Zelena is evil, Killian at least a little evil and the Charmings very very very evil (remember the baby sacrificing? No I’m never ever letting that go).

But in this case, of course, their gaoler is the evil one: or half of him is. Introducing Dr. Jekyll (who is good and wants to help them get home) and Mr. Hyde (about time Sam Witwer returned to spec fic) who has a huge beef against Gold for some reason. But then, doesn’t everyone. Hyde is in control thanks to his abused, servile yet evil servant Mr. Poole (chances of Once Upon a Time having an evil Black servant and not being terrible with it? Epicly slim! This is going to be bad) keeping Jekyll in check. Hyde uses the wand to magically steal Pandora’s Box from across the realm – the box that has Belle locked within (for reasons absolutely no-one could explain…)

Hyde apparently can work the wand, knows who Gold’s lady love is and that she’s stuck in a magical greek box despite having only learned Gold had a love interest 10 minutes ago because…. Reasons

Yeah, this season finale is falling flat for me. There’s a whole lot of narrative shakiness going on here