Starting with him and Abe finding his mother – whose knew super powers make lions afraid of her – and Jackson decide, since he made no plans at all – to talk his raging predator mother down.

Instead she tries to eat Abe. The only choice Jackson has is to shoot his mother,

They get him to the super-hero-head-quarter-plane to confirm that, yes, she was injected by Jackson’s evil dad, just like Jackson

Ha, no, MOOOOORE angst. Because Jackson’s dad didn’t inject his mother. Abe did. Abe was paid by Richard Oz to inject Elizabeth – which he did and then she was such a shining compassionate woman that healed his pain and anger from his terrible upbringing. For moooar guilt.

Poor Abe is, of course, wracked with guilt. He plays this excellently, the grief is phenomenal and I’d praise the performance if I didn’t want to get on with the plot rather than see Abe and Jackson out angst each other

Wait, this is Zoo. There is no coherent plot

Sadly Abe decides he simply has to tell Jackson. Oh and that his dad is alive. I and everyone else screams “NOOOOOOOO!!!!”. Jackson, predictably, goes for Abe’s throat and Abe is only saved by Dariela’s return to shoot Jackson. Which is exactly what she wanted to avoid. Jackson runs away.

But Dariela is back! So were was she? She was running around in England telling a vicar how much she didn’t want to actually shoot anyone and be the team’s killer. Well, sucks to be you, Dariela. She manages to lead the convoy of people to safety despite an attack by a herd of horses with no casualties. Why? Because all the horses focused on her

Dariela assumes that there’s something wrong with her, she is the opposite of Jackson, she summons the animals. Or, the horses ignored the rest of the people because they’re all infected. This latter one is the one we’re supposed to believe – despite the fact she was leading them from their village because they were UNDER ATTACK by animals.

They realise this means that all of them are susceptible to the Ghost-Gene-Killing-Reiden-Global Noah Initiative gas. It’s going to be unleashed in 4 days – and will kill billions more than they imagined

I’ve avoided it time and time again but, alas, I have to finally reach the plot. Get your safety harnesses guys, this much shark jumping needs severe safety equipment. Or a very big pogo stick. 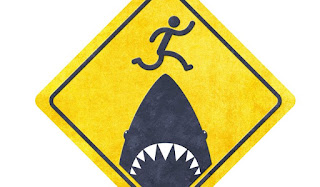 We’re reminded that the world is completely falling apart with news that co-ordinated animal attacks are doing things like threatening nuclear plants. Yeah, see this would have been scary about 8 episodes ago. Before we had EARTHQUAKE SLOTHS. Seriously, “animals attack a nuclear plant” is nothing compared to “Sloth causes California to fall into the sea by singing”.

Anyway that mystery pile of bones that Mitch can’t decipher? It’s an extinct Saber Toothed Cat. A Sabre Toothed Cat that should have been extinct thousands of years ago was actually around 100 years ago because of a secret laboratory in Chile bringing extinct animals back to life in the late Victorian period.

I can’t even snark this. What. Just what… why? WHY?

They find this information by going to Mitch’s dad, cryptozoologist, who Mitch hates and who Alison hates and who we get lots and lots of drama from. He flirts with Jaime which is something he does as he’s previously seduced another of his son’s girlfriends. Allison. Mitch’s step mother.

I don’t know what I want least… Jamie’s annoying angst and relationship drama. Mitch and his dad arguing over Allison like she isn’t there. Or Mitch sleeping with his step mother

Do Not Want Any Of It.

That may be the new tag for the show: 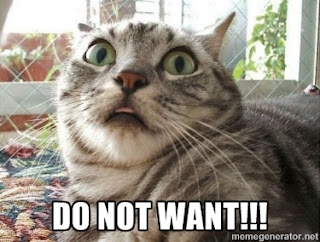