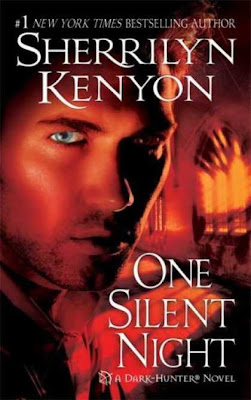 Stryker, for reasons that don’t make sense to anyone, has decided he is finally going to bring down Acheron and Nick once and for all – by unleashing the very essence of War. A deity only the combined might of several pantheons – pantheons that are no longer complete – managed to defeat and imprison before.

Things do not go as planned.

Not least of which is the rise of old powers – powers older and greater than even War himself rising to make his mission difficult. And Artemis, rather annoyed with Stryker, sends her own assassin – Zephyra, the woman he wished to marry when he was 14, the woman he has spent 11,000 years missing, the woman he abandoned and a woman who most certainly wants him dead.

This book failed terribly for me. Utterly and awfully – and it did it in many ways that are almost too long to list so I shall stick to the most annoying of them.

More than anything else, there is one fact that breaks this story for me. It’s a number: 11,000 years.

See, in the Dark hunter series just about everyone is older than god – and this has only become more pronounced as the series has possessed. At this stage mere 2,000 year old people are positive children! No, it’s 10 millennia or nothing!

The problem is absolutely no-one acts like it. In fact, most of them would be pressed to act like they’ve hit their 20s. Now I know there’s some backing to this in that the series is heavily based on Greek Mythology and there are few deities more inclined to childish, petulant overreactions than the Olympians (except, maybe, the Norse) but there’s a limit. It’s a problem that has been growing through the series and it really is the straw breaks the camel’s back on this one. Nick, in his mid-20s, acts no less mature than beings that have been around for literally longer than recorded human history (and he acts like a whiny child far too often).

So we come to the two main characters Stryker and Zephyra (which has to be shortened to Phyra for no damn reason than women needing to have a cutsey pet name to denote them as love interest). When they were 14 (yes uckies, but they rely on the history of the time to justify it) they were engaged to be married, briefly. But Stryker’s daddy said no (Apollo) and to marry the woman he chose. Stryker agreed because he eternally sought daddy’s approval and abandoned the pregnant Zephyra who was hellciously pissed.

That’s the history – fine. And from that we know that a) Stryker regrets leaving Zephyra, b) Styker has daddy issues (oh boy does he) and c) Zephyra hates Styker with the fiery passion of a thousand sons. Fine, I can sign off on all of that – if they were, say, still in their 20s. But they’re no, they’re 11,000 years old. 11,000. Eleven millennia. One hundred and ten centuries.

Zephyra has maintained her vast, all consuming hatred for her ex dumping her for 11,000 years. This is beyond restraining order territory. If you found someone still bitter and seeking the death of their ex 20 years after the break up you’d consider them to be a disturbed and frightening person. Yes he dumped her. Yes he was cruel. Yes it was tragic – but it was 11,000 years ago. Move on already. I can’t dredge up the slightest sympathy for someone who has managed to cling to burning hatred and sexual tension for 11,000 years

Much the same applies to Stryker “daddy likes my sisters more than me and said mean things!” Stryker, you are 11,000 years old. 11,000 years. By all means hate Apollo for the curse he has put on his people – but to run around looking for a pseudo-parental figure, apparently the source of his angst with both Acheron and Appolymi is ludicrous. I don’t care how mean your daddy was, when you are 11,000 years old it’s time to put on your big boy trousers and look beyond parental validation.

And the patronising way they treat their daughter is utterly ridiculous. That would be the same daughter they had aged 14 – meaning she is also 11,000 years old. At that age being 14 years older than someone hardly grants you even the slightest hint of parental authority – it’s ludicrous, it’s farcical and just adds to how much these characters fail to act anything remotely like their incredibly vast ages.

The second biggest break in the story for me is this series eternal power creep. When it began we had a wide world with one big, overwhelmingly terrifying horror lurking in the base – Appolymi, the Atlantean goddess of destruction who would cause an apocalypse if she was ever released. This was the big bad everything was terrified of. Then there was Acheron, her son, the Deus Ex Machinae who kind of drops in to unleash his awesome powers whenever a story needs resolving. Ok, I can work with that, both have limits by Acheron’s morality and Appolymi being stuck in hell. Then there were the Cthonians. And Savitar. And probably Jaden. And now there’s War, the Sephiroth and the Malachai.

The book is LITTERED with ridiculously over-powered stronger-than-all-the-gods characters. It doesn’t make the book more epic – because the writing doesn’t support the epic – there are no grand epic confrontations, there are no grand displays of epic powers, there is no real tension written in the book, no great scenes telling us what epic powers are about to clash – it’s just clogged with super powerful beings. The fight scenes were clumsy and distinctly unimpressive and it was pretty impressive that we had all of these uber-beings dancing around but there was no attempt to actually write them with any kind of interesting uber-powers. And the beings who HAVE had that epic established – Appolymi – now has bodyguards! Which really makes me question the previous books in the series when she was the thing to fear above all else.

Related to that we have moments were it seemed they were going to work on the epic – Zeus and all the Olympians gathering to stop War, an appearance by Hades and Ares and the Egyptian goddess Ma’at. We even had a moment where several of them, along with Artemis, were willing to go into battle and we never even saw it. You don’t even have to work to make these characters epic! They come pre-epicced! They have entire mythologies and belief systems behind them to make them epic.

These 2 elements rather ruin the plot. The romance, which takes up most of the book, requires you to care about the romantic turmoil of two emotionally stunted fools who have spent the last 11,000 years sitting and stewing in their own angst rather than growing up, getting over it and moving on like any kind of sensible human being. And then add in that Zephyra decides that instructions from her goddess, Artemis, actually belong in the “optional” column.

The second story, the battle against War is ruined by really anti-climactic confrontation scenes, epic super powered beings clogging up the place and not actually doing anything, a complete failure to build anything resembling tension or fear or any sense of the power or consequences involved.

That could kill the book on its own.

Then there’s some more pointless tension. See there are numerous figures here that could end the world or the world would end if they died/broke a promise – Appolymi and Acheron for 2. But that’s ok, Appolymi is really hard to kill – it’s not like she links her life force to someone who can be killed by sunlight… oh wait. She did. Well it’s not like Acheron makes promises he’s realistically going to have a damn hard time keeping… oh. Yeah, he does kind of have a habit of that.

Inclusionwise, apparently Stryker’s chief lackey is gay which we got complete with a fashion joke about shoes (did I mention these people are Ancient Greek? Yes and they still cling to the desperately insulting stereotypes). Ma’at is portrayed as a Black woman which is a relief – because Ancient Egyptian deities portrayed as white people would be incredibly annoying – but she’s also a servant and protector to Nick’s family and her power as a goddess is pretty understated

We have some strong female characters in this book – Zephyra for example, which is a relief after so many damsels, but she’s not exactly characterised well. But then, nor is anyone else. I’m irritated by Appolymi requiring a guard and how the big hostage situation involved, of course, a huge number of women both living and dead; because who else is going to control the menfolk?

Often, when I finish a book I haven’t enjoyed I think of the many ways it could have improved – what about the story needed to change, what needed to be included, what needed to be tweaked, how the writing needed to be adjusted. In this case I can’t – the entire concept of this book is so deeply flawed that it actually damages the whole series it comes from. There is no redeeming this book. The entire foundation of Stryker and Zephyra’s romance, the decision making of just about all of the characters, the very basis of their characterisation, the sheer plethora of super powered beings and what it means for the world and how the writing utterly failed to marry any of this together or make any of it even remotely work. This book is broken and I really can’t think of how it could be changed to make it work