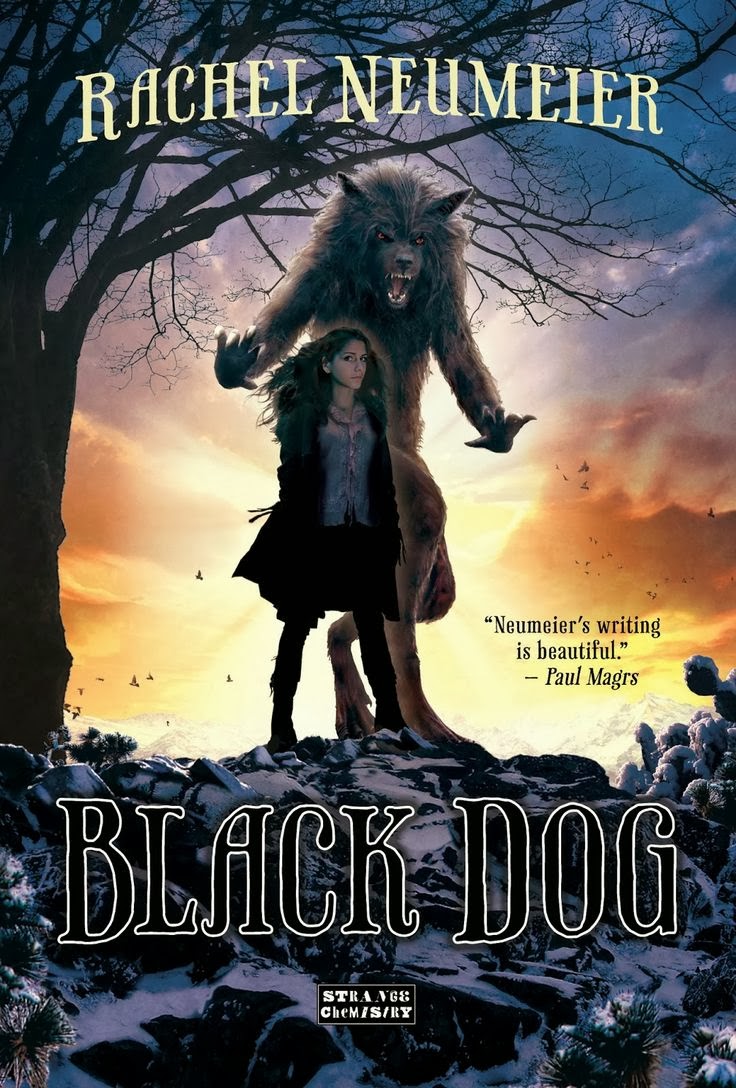 Natividad and her brothers Miguel and Alejandro are heading to the Dimilioc, the last clan of civilised Black Wolves (werewolves) left in the country after the devastating war against the vampires. The Dimilioc represent their only safety against their parents’ murderers.

But the Dimilioc have no reason to trust and accept them – and the war has hurt them as well. Only Natividad being one of the rare and magical Pure, highly valued among the Black Dogs, gives them a chance to hold on to. But that very value attracts a lot of attention – not least of which from the Dimilioc’s executioner

Even if they are willing to help, will the diminished clan have the power to stand up against the sinister forces that hunt the siblings?

The world presented is fascinating and presented in a way that is almost frustrating at the rate of reveal. This is another author who has learned to include the world building organically throughout the story without relying on too many clumsy info dumps. This means in the beginning it’s actually really frustrating because so much is alluded to: the vampire war, the end of which has exposed the supernatural to humans, the different werewolf clans, the difference between a Black Dog and bitten werewolves, the Pure with magic like Natividad, the history of Dimilioc – there’s so much that it feels a little lost. You have to hang in past these first confusing moments

As the story develops the world all fits together excellently presenting a really rich and broad world with some truly unique elements – both entirely unique and different takes on old concepts. The way werewolves and Pure are related, the nature of their magics and the source of the supernatural is a fascinating background for the world - and there’s also more immediate pressures creating conflict – the decimation of Dimilioc numbers and the decision over whether to recruit to increase those numbers but risk changing the inherent nature of the Dimilioc clan makes for a conflict that isn’t so much a side plot as an element that permeates the whole story

The story itself is an epic one, huge battles, survival and epic upheaval very much in the balance. We have a lot of cunning plans, everything fits well with the world and our characters are involved heavily in it all. We have a mystery that was actually mysterious and completely beyond guessing with an excellent twist ending. If I have one criticism it’s that the fight scenes didn’t flow and participants often felt like observers.

One thing I do like is the way this book managed to present werewolf aggression. The whole dominant/aggressive werewolf is a trope – the werewolf growls and everyone has to cower to appears its beast. So it is with Miguel and Natividad towards their brother, Alejandro and indeed to any of the Dimilioc. But at the same time it is constantly made clear that the submission is a shame, even Alejandro is aware that his siblings aren’t submitting to him, they’re play acting to placate his Black Dog shadow. It’s also very universal – there isn’t one alpha love interest with these instincts everyone has to cower before, every Black Dog has these issues. In fact, the obvious love interest is probably the one with the least dominance issues – so the trope is touched by in an entirely different way

I didn’t always agree with all of Natividad’s decisions. I think she ran off on her own without telling anyone far too often. I think she made decisions she should have really consulted others about. I think, considering the volatile position she was in and how little she was sure she could trust the Dimilioc that she put herself and her brothers at considerable risk making these decisions. I also think that her rash actions bordered on open insult to the Dimilioc which seems beyond ridiculous given the circumstances.

However, I have to hesitate before condemning this as Spunky Agency, though I have to say I’m tempted. Each time Natividad is moved to act, she has a strong motive (helping others) and a determination not to be put up on a shelf to be preserved and protected like a delicate, precious but helpless object. She is a firm believer in her own strength and that she has a duty to use that strength to protect those who do not have her power. It also helps a lot that everything she decides to do is actually possible – she doesn’t set off on epicly impossible quests all on her lonesome, it is reasonable of her to expect success (albeit at some risk) in her endeavours.

I still don’t like the way she made the decisions, but I can respect why she did and her determination to be her own agent and basic compassion that drives her. It makes her an excellently strong female character in a book that has a lot more dominant men than it has women, especially powerful or meaningfully present women.


In particular, I’m not happy about Kezia – beautiful, sexual, predatory and, of course, Natividad has a complete hate at first sight moment with her which is returned with interest. Why oh why do we always seem to find decent female characters loathe each other? Kezie herself, thankfully, is presented as a pretty rounded character with nuance and depth to her motivations given her situation, her less than firm loyalties (that’s not a criticism, she has no reason to be firmly loyal) and her devotion to her sister. Even that silent sister shows a surprising side to her that makes her more than the cowering victim (but not a whole lot more).

I’m also dubious about the idea of Natividad having to choose a mate – even if it’s made clear that she will choose which one - though that is severely restricted by Ezekiel’s threats – but again to challenge that Natividad is not impressed and is pretty convinced she will choose who she wants no matter what Ezekiel threatens. Sure she’ll probably choose Ezekiel – but she will choose Ezekiel because she wants Ezekiel, not because he has threatened the other men. Still, it is shaky and I want to see more develop as to why this is.

Unfortunately there are no GBLT people. We did have a large number of POC in this book. Natividad, Alejandro and Miguel are all Mexican and strike that excellent balance between carrying who they are with their characters without stooping into stereotype. Their language, their culture, their beliefs, their food and numerous other hints remain part of their characters rather than footnotes and briefly passed over reference. They inform the characters, are a constant part of their personalities without ever reducing their characters to JUST these elements. They’re also all very competent in their different ways

Kezia and her sister show less of their Saudi culture – but then they are still very wary and restrained and grey up in a werewolf culture besides. I think a lot more will come from them. We also have a Black werewolf and it’s another example of a trope being approached but not run with. He is big - he is big and a strong fighter and generally the huge, dangerous Black man. But he’s not the most dangerous among the werewolves, he has excellent control and is no more animalistic than the rest of them – and all that size and power is directed to one thing and one thing only – protecting his wife and child (both of whom are also Black).

What really holds all these depictions together is that all the characters are rounded. There’s an effort to make sure most, if not all, of the characters are more than just background names or faces in the crowd. That in turn not only helps the inclusion but really works to bring the core elements of the conflict to life. After all, it’s not just fear of outsiders that could cause a rift within Dimilioc if they recruit them, these outsiders don’t have the same investment in Dimilioc as those whose families have been part of it for generations – why would they? And seeing their own motivations drives that home and makes the conflict much more real.

There’s so much about this book that works. The realness of the characters, some strong racial inclusion, an intriguing story with a few twists and turns and a very nice bait and switch at the end all set in an interesting new world that is going to be fascinating to explore. This ticks all the right boxes and is well worth a read.