At what point are fans being screwed? 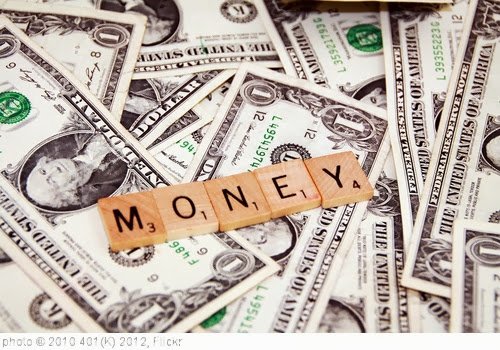 Fans can be wonderful, passionate, amazing people (they can also be aggravating, obsessive and more than a little scary). To be a fan is to really invest in a series, to invest time and energy and passion and hopes and enthusiasm - and money.

Definitely money. Fans love their precious and will reach into their pockets, grab the plastic and buy all kinds of things associated with their beloved series. They’ll lay out money for the next book as soon as it comes out, they’ll buy DVD series - and much much more. Just having the name of the beloved show or book on something will guarantee invested fans will show up desperate to hand over their cash.

And content creators, producers and certainly marketing people know this too well and are quick to cash in. There’s gold in them thar fanpoodles!

But there’s ways and means to cash in on that resource - because some tactics employed are downright sketchy and certainly show very little actual respect for the fanbase. In fact, the need to screw every penny out of the people who have made a series such a success can feel pretty damn contemptuous.

Probably the first thing that springs to mind is merchandising - but to be fair we don’t really see a problem here. Sure we’ll laugh at people like George Lucas’s notorious merchandising everything that can possibly be sold (and it was wonderfully lampooned in Space Balls), but if fans want to buy Game of Thrones playing cards or glasses or a Dragon Egg paperweight (it’s a rock! You’re buying a damn rock! IT’S A ROCK!) then more power to them 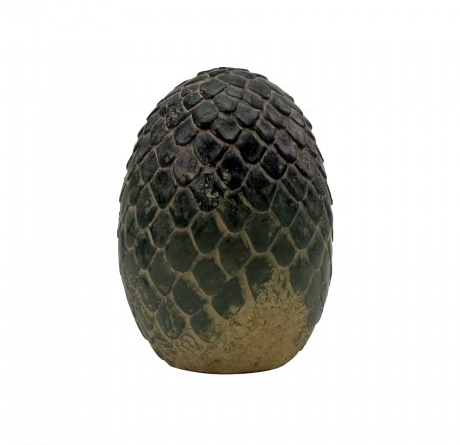 Because it’s honest. What you see is what you get. If you really want to drop your money on Game of Thrones beer (and yes, yes you can) then you know what you’re drinking and for how much. It’s the fanpoodle’s choice and it’s clear what they’re getting - nor are even the most dubious items required to continue to be part of the fandom. You may get super geek points for having that statue of Lord of the Ring’s Gollum or the genuine City of Bones Shadow Hunter make up - but it’s not an essential for anyone following the series.

Especially when the series hits the television or movie screens. Urban fantasy has caught the attention of visual media. There is no such thing as a fanpoodle who isn’t giddy with delight to see their favourite series turned into a television show. The fanpoodles have much to dance about with Twilight, True Blood, Game of Thrones, The Mortal Instruments, The Vampire Academy, The Hobbit, The Lord of the Rings, Bitten, The Hunger Games, The Walking Dead and The Vampire Diaries having all made the leap from the page to either the television or the large screen and there are more in the works. Since these new shows or movies are all based on very successful books, movie and television producers can agree to fund them with a modicum of confidence that they will be a success. These converts from books have yielded great financial rewards and once the gravy train starts rolling in, actually pulling into the station is more difficult than starting the damn train in the first place.

By all accounts neither the books or the movies of the Twilight series were great. In many ways the Twilight series is a literary disaster but it made money. There is nothing interesting about any of the movies but they also made money. The only problem for the producers in this case is that Twilight is a finite story. It has a very definitive beginning, middle and ending but when the money is that good why not stretch it out just a little bit more - especially when this can result in $281,275,991 USD. The problem, of course, is that there certainly was not enough plot to justify splitting Breaking Dawn into two movies, but hey, since people will pay, to hell with integrity.


Twilight is certainly not alone in this phenomenon. The Hunger Games has also decided to follow Twilight's lead and split its last book into two movies. The Hobbit is one book yet somehow there are three movies. It is worth noting that at least in the case of The Hobbit, people aren't watching for the story but the special effects.

I suppose these deviations could be justified as just giving fans a little bit more of what they crave but we would be fools to ignore the real motivation - money.

It doesn’t, however, take a movie deal to make content creators push for every last penny from their fans - or even potential fans. More than any other time in history it is incredibly easy to access the written word. With a few keystrokes one can access millions of books. This has lead authors and publishers to engage in some dubious behavior. When you purchase a book in a traditional bookstore you have some inkling of what you are getting based on the blurb and the physical size of the book itself. This sadly is not the case online. A reader must trust that when an author or publisher lists a book for sale that it's actually a book and not a pamphlet masquerading as a book. If the book in question is actually 150 pages or less, what you have is a short story or novella but certainly not a full novel. Once again, money is the motivation behind this deception. One simply cannot charge the same for a novella as a full book, therefore making the difference between these two words amount to a hell of a lot of money. Sure, people will complain but neither the writer or the publisher need to issue a refund. The pamphlet book is becoming increasingly popular, particularly with self published authors.

It isn’t just new authors trying to take readers for a little more money though - established authors are perfectly placed to join in. We can really see the lines being crossed and the producers really exploiting the goodwill they’ve built with their fans with some of the companion books that long series bring out. They know they have a loyal, faithful fandom who will rush to the bookshops to buy their next book before the ink is even dry. It could contain nothing more than a sheaf of takeaway menus loosely bound together, fans would buy it.
And authors, editors etc know this - and sometimes those takeaway menus would be better value than the books they release. Sometimes these are books that would have little chance to sell on their own merit, relying entirely on loyalty and reputation to ensure that loyal fans will buy it assuming it’s good quality simply because it has the author’s name on the cover.
Some of them are merely dubious - like the Jane Yellowrock Companion: as a lover of Faith Hunter’s Jane Yellowrock series I was sorely disappointed to find vast chunks of this book to be nothing but recaps of the previous novels, repetition of what we’ve seen in the novels and rather pointless lists. There was some original content that stopped me throwing it across the room - but in the end I was glad I received an ARC because I would have been angry had I dropped money on it. This book was poor, it would not have sold on it’s own without the fan investment in Jane Yellowrock’s awesome story.

But if that is dubious, others are outright insults. Charlaine Harris’s After Dead, looks, when you first buy it, like a full novel. It is not - a series of scrappy, irrelevant paragraphs strung together for no good reason: there’s no development, no plot, no worldbuilding, it’s quite literally nothing. It’s empty nothing, with the name Sookie Stackhouse emblazoned on the cover. It’s a rather blatant last attempt to raid the fan’s pockets for one last dip before the series ended.
It is hardly alone in this - nor are guides, companion books etc the only ones guilty (nor, for that matter, are all guides and companion books poor or a rip off). We’ve seen it in other books as well - such as Laurell K Hamilton’s Beauty. Other authors would include this as a snippet on a website, or padding at the end of the book; after all, it isn’t a short story: it’s 2 micro-chapters that were edited out of a previous book now packaged and sold. It would be an embarrassment to sell - but it sells because it has Anita Blake on the cover.

It’s not even limited to short stories - The Walking Dead companion series, Rise of the Governor, started well with the Rise of the Governor. But once that book was done it quickly went downhill until we reached the blatant money grab of The Fall of the Governor which was nothing more of a retelling of events in the comic. It took the old story and telling it again from a slightly different point of view - it wasn’t a new book, it was a rewrite of an older work.

At this point you might as well hold fans by their ankles and shake them until the loose change falls out of their pockets, at least it’s more honest. 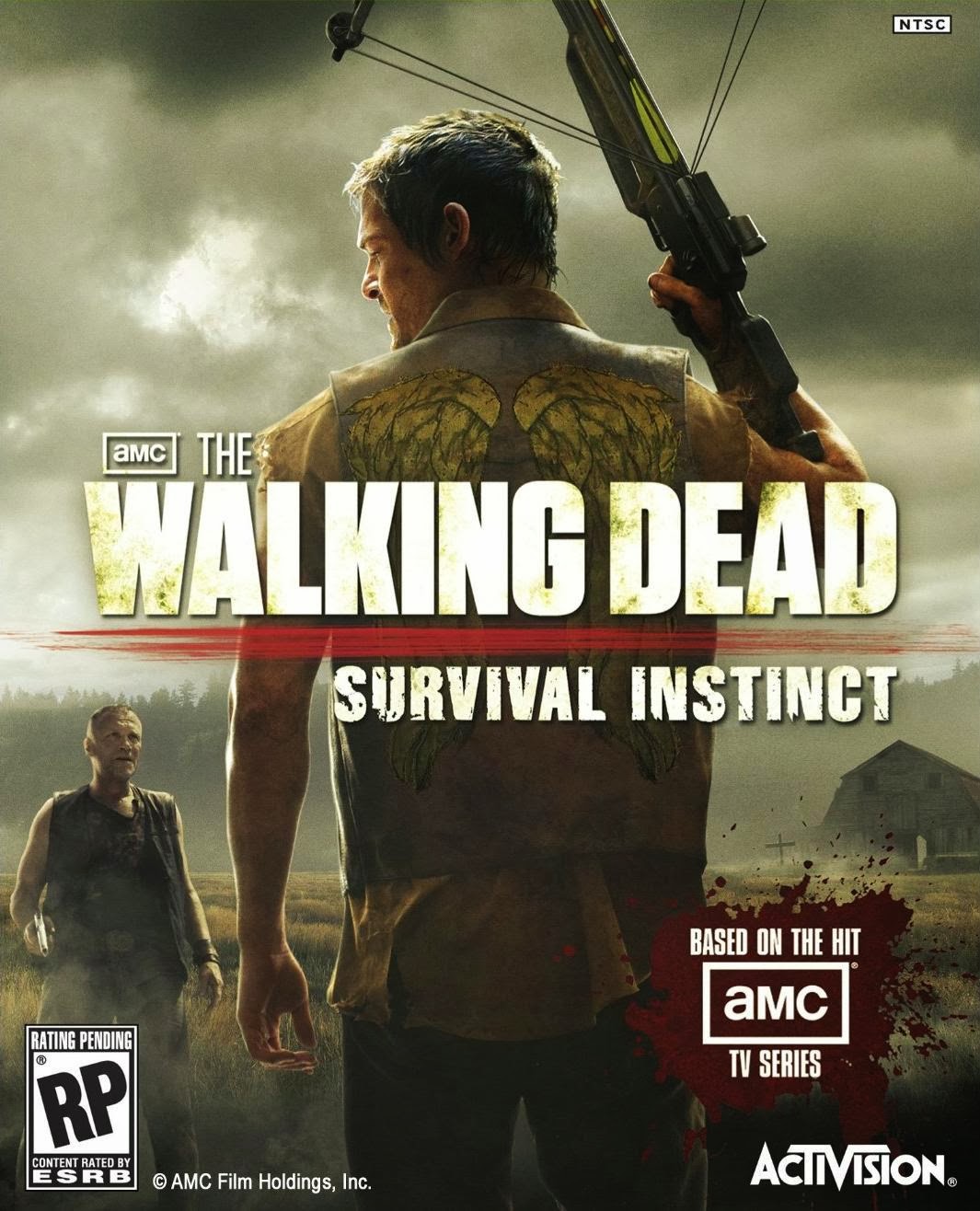 It can be argued that it’s the fan’s choice to buy these products - but the fan’s are buying something they have invested in, something that has shown a given level of quality. They are buying something that has shown itself worth their time, energy, investment and, of course, money. They are showing the creators good faith - they trust the creators to produce something worthy of the reputation they have developed. It is an abuse of that good faith and good will of the fans to decide you can throw any crap at them, knowing they will pay for it - and that applies equally to blatantly shoddy derivatives like The Walking Dead: Survival Instinct computer game (not to be confused with the awesome game from TellTale Games) or the Game of Thrones computer game - both shoddy, poorly made, cheap rubbish that rely on the titles to sell them.

Fans invest in the stories they love. They invest time and money that ultimately makes the creators a success - in exchange for this investment they get an awesome story that is worth every second and every penny. Until the creators decide to exploit their fan’s trust and good faith, that is;  trying to extract every penny before that trust is broken - that shows a depressing level of contempt for fans. Speculative Fiction is especially vulnerable to this kind of fan-screwing since long series tend to be the norm and the genre faces a lot of outside scorn - encouraging fan defensiveness and further investment - and an unwillingness to criticise.

It’s often said that authors/creators don’t owe their fans anything - which is very true. However, respecting the fans who made them a success isn’t too much to ask.