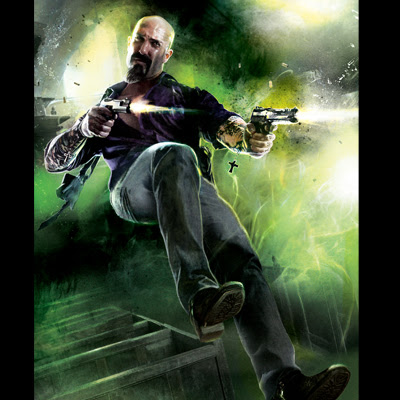 The aliens are attacking, the zombies are hording, the vampires are flocking and all seems lost - the shattered remnants of humanity fall to despair, who could possibly save them? Fear not humanity - General Gary Stu is here to save the day and lead them to victory!


We have spoken before about Mary Sues (those protagonists who are exceptional among women, living in nearly all male worlds, mistaking characterisation for stabbing things repeatedly and generally giving us friction burns from the amount of eye rolling) who often embody impossibly perfect protagonist - but most of the General Gary Stus we’ve found tend to be male (not that there aren’t notable male examples) especially since they’re very common in dystopians - and the dystopian future is nearly always lead by cis, straight, white men but also because, as we’ve said before, there’s some bullshit that only the most privilege of people get away with.


The General Gary Stu is a leader, usually in a violent, militaristic and desperate setting (these are usually dystopians but not always). In some cases he will reluctantly step into the roles, in others he will boldly step into leadership but either way, leadership will simply and easily settle on him, simply because there will be no other reasonable choice or competition.


This could be because, all too often, the General Gary Stu will be ridiculously perfect. He will be so good, so skilled, so knowledgeable and so damn badass (nearly always so damn badass) as to completely eclipse any normal human or even a decent handful of super heroes. The most extreme example I’ve seen is Deacon Chalk (that name!) who is so over the top badass that even Batman would gasp at his awesomeness. But Owen from Monster Hunter Nation, Lee from The Remaining series and Gordon from The End are all certainly challenging for that post.


Don’t get me wrong, I love a good badass. I’ll admit (albeit with some embarrassment) that I kind of love that moment when the hero or heroine’s eyes narrow and you know a thoroughly righteous slaughter is about to follow. Shallow, I know, but I love it and a book where I can rely on the protagonist to lay down some epic beatings will please some dark part of my soul (I always look forward to that moment in The Dresden Files or Elemental Assassin Series and, yes, even in some of the Anita Blake Series).


But General Gary Stu is more than just badass, in classic Stu/Sue style he is ridiculously perfect and lacking in real flaws. Gordon from The End is so utterly perfect that he was faintly nauseating and Owen was virtually supernatural (to the point of being an outright Chosen One) in his skill. More than lack of flaws is a general lack of character beyond being such an excellently awesome person - oh we have some angst thrown in for extra manpain (often involving dead family, especially wives) but other than that they’re lacking in any real humanising elements - they’re just utterly perfect, always-right leaders
Which is the next element - always right. A classic Stu sign, the Gary Stu rarely makes mistakes (oh, sure, he will do things which he will then angst over but he’s not actually WRONG, he’s just heroically blaming himself with undeserved, noble guilt). Whatever decision they make, no matter how ridiculous it will turn out to be the right one: Deacon Chalk’s perfect, no-nuance allowed rightness was so extreme that it actually made me drop the series. Lee from The Remaining has the perfect plan to bring the scattered communities of the apocalyptic world - even his fellow military experts fall well short of his skill and vision. Tom Mason on Falling Skies raises through the ranks as a an excellent general, easily taking control and becoming leader. Gordon in The End is preparing for an apocalypse before it even begins - and knows it has begun when everyone else is wondering why the power has gone out!

Even when these figures make what are, objectively, terrible decisions they will usually work out and turn out to be right afterall. I have lost count of the number of terrible, ridiculous decisions that Tom Mason on Falling Skies has made but they still always work out - usually because of Plot Armour that makes adamantium look like clay. We also see the plot itself usually supports every decision they make. Rick on The Walking Dead is pushing to leave Atlanta and Shane wants to stay, so naturally, walkers conveniently attack. Rick rampages around in a violent rage and needs kicking out of Alexandria - cue yet another zombie attack through a conveniently opened gate. How miraculous.


Of course that doesn’t mean that these leaders never face dissent or don’t propose questionable strategies - but like any good Gary Stus, the people who oppose them are the most amazingly elaborate straw men ever. Here, again, we see Deacon Chalk take a prize by being so utterly unquestionable and anyone who opposes him are just terrible bad wrong people who need condemning before being left to die because they’re so very wrong. But Lee, in The Remaining, really does come close to Deacon Chalk. Anyone who objects to Lee, is such an utter caricature,  that I just pictured cardboard cutouts. One is a man who literally is revelling in the zombie apocalypse, or we have a group of peacenik students willing to lead a coup against Lee for the sake of the poor poor zombies - they might as well have tie-dyed their post-apocalyptic rags. Gordon, on The End, is faced by such a caricature of silly opposition even Ann Coulter would consider it clumsy. Tom Mason faces off against a series of inept, cowardly or blatantly incompetent competition for leadership. Even The Walking Dead’s Rick, only faces challengers for his leadership who are either evil (Shane), or naive and clearly (Hershal or Deanna) wrong.


It’s not that there aren’t reasons to challenge these men - ye gods there are - but it is never pursued by a sensible character or in a sensible manner (or if it is, the world will quickly intervene to set them right) - but by it’s only challenged by the straw man caricatures (again, a classic Sue sign).


A perfect example of this are the zombies in The Remaining - which are still alive, are still people and display intelligence. There should be a moral conflict about killing them - but it is only brought by ridiculous caricatures (the hippy zombie lovers) that no sensible person can possibly agree with. Similarly, in The Walking Dead there are people who could certainly challenge Rick credibly for leadership - Michonne, Carol in the TV series, Andrea in the books - but these characters all desperately avoid any sense of leadership, instead leaving people like Shane and Deanna and, in the comics, the bizarre King and cowardly Gregory. No competent leader would ever throw their hats in the ring because that would challenge the Gary Stu’s leadership.


This ultimate Rightness and only the most ridiculous challenges means that not only is the Gary Stu an unchallenged leader - but he’s a despotic leader. There is no debate, no questioning (none that is reasonable) and, especially as the series develops, no chance of any real consultation. These characters rule alone, Rick declared his Rickocracy, Gordon was hailed as a leader before there was even anything to lead, others (especially his family) falling into line. Lee went from outsider to definite leader with only a few advisors at best who quickly became lackeys and absolutely no-one, no-one at all tells Deacon Chalk what to do. Not if they know what’s good for them


Which also stems from this - these men, these oh-so-perfect and amazing Gary Stus, are often viciously opposed to disagreement. Lee is angry and has to restrain himself from violence because people dare to disagree with him and ask for explanations - the very idea! Deacon Chalk physically intimidates everyone around him who doesn’t follow him around like a fawning groupie (it’s worth noting here that fawning female groupies are not unknown - Gordon and Deacon Chalk definitely have some and while Lee doesn’t have groupies, the only prominent women in the series are love interests for him). Rick has his violent rants about a Rickocracy and is happy to leave corpses in his wake (Carol? Oh hell no, she needs banishing for that - is this because she killed someone or because she presumed to be independent rather than do the proper thing and allow General Gary Stu to make the decision). The always-rightness of these characters, coupled with the caricature-like awfulness of their detractors means we’re supposed to not just celebrate their leadership, but even to support them when they brutally lay down the law to anyone who dares to challenge their awesomeness.


This is, ultimately, what makes this whole trope so toxic. We have an unchallenged, unchallengeable straight, white male leader. He is always right, anyone who disagrees with him is clearly, obviously, utterly wrong. He is, far too often, a ridiculous shining paragon among men (or blessed with plot armour and the kind of luck that only shoddy writing can grant) and, above all he is a violent dictator.


That is the General Gary Stu - he is a perfect, awesome, adored, unquestioned violent dictator. We are supposed to be happy to have him lead us. We are supposed to cheer him when he shouts down opponents and we’re supposed to support his oh-so-wise iron grip. He is the enlightened awesome one come to rescue his poor, deluded lessers - and those lesser should be quiet, obedient and grateful.