Orphan Black, Season Four, Episode One: The Collapse of Nature 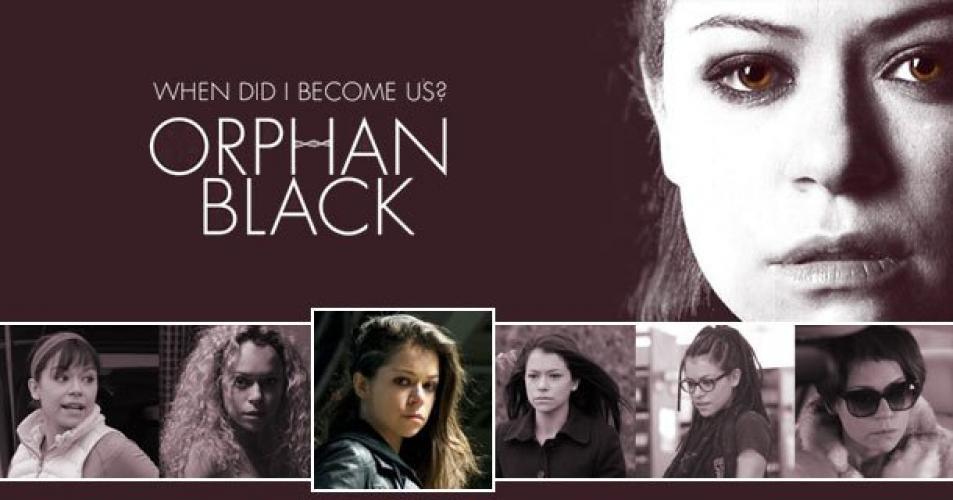 When I first began this episode, I must admit that I was utterly confused.  What the hell was Beth doing there?  Why was Paul still alive? I thought for a moment that I made some sort of mistake and was actually watching an episode from season one, rather than the premier of season four. This episode also brought the return of Dr. Leekie and Olivier. Seeing that little tail again was just as unpleasant as the first time.

Before there was Sarah, there was Beth.  Beth is the one who gathered Allison, (my favourite clone of all time) and Cosima, together to try and figure out the mystery of their existence and exactly what they were up against.  It was Beth who used her credentials as a detective to work the case. Finally, it was Beth who paid the price of leadership with her life.  Everything that Beth was, became lost to the Neolutians and the mystery of her clone identity. It cost her in the most profound ways.

Beth desperately tries to hold things together, taking drugs to make it more difficult for the Neolgians to be able to mess with her head though it causes great problems with her job.  A cop and an addict do not mix, forcing her to acquire the urine of Allison's daughter in order to pass a urine test. Quick aside, did anyone else wonder how it is that Beth was allowed to keep the stall door closed while she took the test?

At home, flying high from the drugs, Beth has a fight with Paul.  It bothered me to watch as Paul repeatedly gas lighted her when he knew exactly what he was involved in and how it was affecting her life.  His very presence in her apartment meant that Beth had no place to simply unwind, no place that was safe.  When Beth pulls her gun and points it at Paul's head while he wasn't facing her, I wanted so desperately for Paul to die in this moment because what he did to Beth amounts to mental abuse, to say nothing of the repeated violation of trust he engaged in. We all know that this is not how Paul met his end but I think it would have been far more satisfying than Paul being somewhat redeemed in his sacrifice for Sarah.

Beth is desperate in her confrontation with Paul, stripping off her dress and pleading with him to touch her, to be intimate with her but Paul withdraws. Beth realises that at best, Paul is an enigma and she has filled in his identity with educated guesses.  Who is this man and why won't he end it, forcing her to continue to endure this living hell of a relationship, loaded with subtext and suspicion.

By the time Beth makes it to Art's home begging to watch television with him and his daughter, Beth is so broken she cannot even begin to think about explaining what is going on, let alone set herself up for healing.  Art is Beth's safe space and though she cannot tell him the truth, she can count on him to embrace her, see her for who she is, and give her the tenderness she is so desperate for.  When she caresses Art's face, and kisses him, he pulls away and shakes his head no.  When Beth reaches for him a second time, Art cannot deny her and they end up in bed.

I'm not sure if my memory is wrong on this but I do believe that this is the first time we see that Art's feelings for Beth ran much deeper than what would occur between partners.  He doesn't know what is going on but Art cannot stand to see Beth in pain.  It's a bittersweet moment because we know that despite all of his concern, Art cannot stop what will happen to Beth, he cannot protect her from what the future holds.

Back in season one, it was implied that Beth committed suicide because Paul was her handler. Given what we know about Paul, it's pretty easy to run with that.  It turns out however that what finally pushed Beth over the edge was her accidentally shooting of a woman.  Art planted evidence to cover her mistake and told Beth to get her story straight but the guilt at what she had done was simply too much for her.  In the end, no matter how desperately Beth wanted to be cared for and protected, no one could have saved her. The drugs, the lying, sneaking around and finally the accidental shooting all became too much for her.  Beth fled a life that has spiraled out of control.


Along with Beth's origin story, we got to see a little bit about how Allison became Allison. When she gets a hold of a gun, though she promises Beth not to play with it until Beth can teach her, Allison is all over the gun.  It's Allison who uses a floral delivery to send Beth urine for her test and drugs.  It's quirky Allison who is concerned by the floral arrangement she used to send her little illicit delivery.  We know that from here, Allison is going to get even more cunning, even as she desperately holds onto the trapping of suburbia.

I could have done without the cameo of Felix being arrested and charged. The one time we see Felix not in his servant role to the clones, he is being arrested for public urination, possession with intent to sell and of course prostitution.  I don't suppose we are ever going to get to the point where Orphan Black decides that it's time to make Felix more than a vicious trope.

This is not the season premiere that I expected but the one I didn't know I needed.  Beth deserved to have her story told.  It was also heartbreakingly powerful and though I missed Helena and felt like I didn't get to see enough of Allison, The Collapse of Nature is one of the best episodes of Orphan Black to date as far as I am concerned.  Finally, if you didn't already know, this episode proves what I've felt about Tatiana Maslany for quite sometime - the woman is an acting mutant. Just wow.