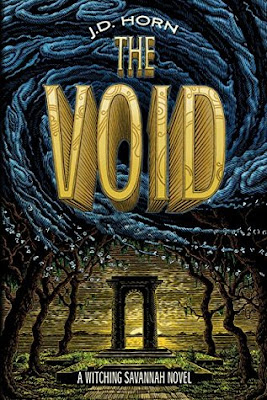 Mercy doesn’t have time to focus on her pregnancy – not with the ongoing hostility of the Anchors, the return of her highly dangerous sister and the plotting of an ancient and terrifying witch, danger abounds

But so do revelations – both from the family’s darker past as well as about the very nature of the line, of magic, of the fae and of her husband – there’s a lot of Mercy to take in and all of it has dire consequences for her family. And for her child.

The book almost confuses me, or, rather my reactions confuse me. In some ways, I think that the story is almost too convenient and too full. Like Peter – what happens to him and how he leaves the story. Or Maddy and, after so much emotional turmoil then handing over such a perfect solution to resolve the issues her presence raised. Or the conflict Jessamine rose, again settled very neatly

And the ending itself, a wonderful convenient way of resolving just about everything and all conflicts.

However, maybe this is just because I’m so used to unresolved plot lines being left hanging for book after book after book that I can’t even see a closed, resolved storyline without thinking it’s somehow convoluted or simplistic. Because each one of these storylines came with either an excellent advancement of the world setting, some great emotional development or some excellent emotional questioning

Like the introduction of Jessamine led to the whole development of Gehenna, the introduction of the idea of magical constructs creating and maintaining the world as well as a whole lot of family history disrupting a lot of Taylor sacred assumptions (I can’t say I could empathise with any of them myself as I’m not sure I would have cared as much about their outrage but then I don’t have the same sense of family history and family name that they do).

The whole Peter storyline and him being fae allowed the whole world building, the nature of the fae and the nature of the line be introduced and developed. It allowed us a very natural, very smooth way to see a lot more of the mechanics behind the world, how the line was created and the whole history of witches. It offered a whole lot world building in an extremely natural fashion without any issues of convoluted info-dumping


And Maddy, she offered a lot of complexity – especially as her whole story was teased out and her history which led a lot of questioning of whether she’s a villain, a victim, whether she needs to atone, whether she can atone and whether she even knows how to fit in the world any more: especially when her passionate loyalty to Mercy making her actually dangerous since she has no middle ground, no reservations and no subtlety. Handling her becomes a massive moral complexity all on its own – as does managing their murderous half-brother

These moral complexities are the kind of things that have been an ongoing theme of the series, ever since Mercy woke up and experienced her magical nature and the magical world. Everything is complicated, nothing is how it originally appeared, everything needs to be questioned and the villains are never as evil as you think while none of the friends or allies are as perfect as you’d like them to be even when they are beloved family.

It’s complicated and I still just can’t pin down how I feel about it with the levels of complexity, the characters and their layers, the evolving world and Mercy trying to find her path through this all with her pregnancy, the other magical families, her mother and the many other threats that are assailing her from every side. It’s complex and difficult yet also all ends so very neatly… perhaps too much so.

We have some POC- Jessamine was introduced as a whole different branch of the family that also connects the Taylors more directly to Jilo and adds a lot more strength to Jilo’s antipathy. She’s not a major character but I hope she will become one. Jilo is consistently referred to in the warmest terms and while I love that she is so beloved, at the same time the fact she became a whole mother figure for Mercy up to and including sacrificing herself for her reeks of Mammy tropes. I liked her character, I liked that everyone praised her power and ability and acknowledged her expertise but the tropes around her are terrible.

Adam is a Black gay man but is not a huge character. I do like the conflicts he faces over police work, the witches, keeping their secrets while trying to reconcile solving the cases and achieving justice. He wants to use magic, but the cost of magic is not something he yet understands. He has a lot of balancing to do between worlds.

Oliver is another character who I quite liked but at the same time he was dogged by tropes. He’s a gay man, highly manipulative, deceptive with a rocky relationship past and, like Jilo, ends up sacrificing himself for the sake of Mercy and her child – it’s a fraught trope, the sacrificing, serving gay man.

A lot of this is addressed with the weird ending but it’s still problematic.

The ending leaves me… almost torn. On the one hand it ends pretty satisfactorily, addresses a lot of dubious issues and creates a happily every after that really fixes everything that was broken and painful in the Taylor history. It’s a really interesting ending really because it brings to the fore just how much these people have been damaged by these events. By reversing all the terrible events that have left them all so emotionally scarred it really shows those scars ad how long they have lasted.

It creates a happily ever after that is surprising, bitter sweet, a very shocking twist and generally satisfying – if a bit twee – and then we have the end twist. It’s a twist that sets us up for another book… but it kind of feels inserted. Like this series was finished, it ended and I ended well – and we have an eleventh hour addition so another book can be squeezed out.