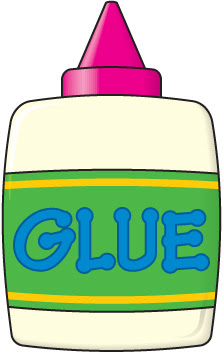 Magic appears a lot in out books - it’s Urban Fantasy, magic is almost required. Some of those systems are intricate and detailed and fascinating. Some are powerful and dramatic. Some have deep backstories, some draw upon real world traditions.
And some involve an author chanting the powerful worlds’ “Fuck it, Magic did it” and lo, the knotty problems of the plot are solved…. By magic! Alas, despite it’s vast power, magical plot hole sealant does not have the ability to make a book or show be coherent or enjoyable. It may be convenient to use magic to hastily glue together the shattered remnants of the plot, but like your grandma’s ugly vase you’ve dragged to the Antique Road Show, we can see the cracks

One form of this Magical Plot Glue is Swiss Army Magic. Don’t get me wrong, a lot of magic is specifically designed to be flexible and I’m certainly not going to say that a wizard or witch can’t do something - but if you’ve established your character is an Earth Elemental with the vast powers of big heavy rocks, I’m going to call shenanigans if they start swooping through the air in the name of Granite.

Or if your character starts tying people up, moving them around and bobbing them on the head with fire - somehow without burning them - I’m going to be less intrigued by the plot and more confused by the author who doesn’t know what fire does. Or your have several gods running around but with infinite unrelated skill sets - your god of war and god of love are pretty much indistinguishable. Though, having read a lot of Paranormal Romance, this doesn’t surprise me.

Of course, while Swiss Army Magic is useful, it lacks the power of the greatest Magical Plot Glue:

Legends speak of many artefacts of incredible power. Of tomes that contain the secrets of the ancients. Of swords that radiate power. Of staves that can move mountains and rings that require epic treks across the wilderness to remove (despite those damn birds who would have been really helpful). But truly, there is one source of power that outshines them all:

The Arse of an Urban Fantasy Protagonist with a Lazy Author

When the Lazy Author has been backed into a corner by their own ill-planned writing and has nowhere else to turn, it is amazing what powers the Urban Fantasy Protagonist can Pull Out of Their Arse. The true master of the Magical Art of Pulling Powers from between one’s arse cheeks.

Has your lover vanished without a trace? BING, you’re psychic now! That’s convenient! Need an answer so you don’t have to be involved in any actual plot development? Luckily you have a goddess on tap (she can’t interfere… but has an interesting definition of interference), even if she does have an unfortunate habit of scribbling on you! Or you can just have special ability-to-create-any-super-power power to remove any pesky inconvenience caused by actually having to overcome a conflict. Or some nicely convenient, yet poorly explained immortality. And I love the series, but Jane Yellowrock can now literally stop time with random angel-blessed powers.

Anita Blake is an utter master of the related magical art - pulling Magic From Her Vagina. Whenever Anita is coerced into some more sex by one of her super powers, she is bound to spawn a new (sex-based) super power. Sexy Munin Super power. Sexy Tiger summoning super power. Can now eat anger super power? Apparently! And that spawned just in time to save her from an argument with her ex, because that was necessary.

Then there’s Amanda Carlson’s Jessica McClain series.  It’s bad enough that Jessica is the only female werewolf and that makes her super duper special and both beloved and despised but her little habit of pulling a new magical power out of her arse whenever Carlson writes her into a difficult situation is ridiculous. Jessica gets new powers faster than some people change underwear and it’s always the exact power she needs for that particular situation based on her super special werewolfness.  It’s always the answer to the difficult problem which will save the life of someone she loves.

Don’t get me wrong, characters can get more powerful, they can even have epiphanies. The Kate Daniels series, The Clairvoyant’s Complicated Life and Otherworld Series all have great examples of magical protagonists growing into their power and becoming stronger and stronger - but it is a progression. A progression that is based on the world setting that is there, that is explained and doesn’t involve a super power just APPEARING. That isn’t there clearly just to make the plot, the conflict just vanish because it’s inconvenient now.

With all these suddenly appearing super powers and rather vague and wooly rules behind them means you’re not stuck with as super powered protagonist in a sequel who you now have to create antagonists for. Ah, but there is a downside to Swiss Army Magic and even the arcane powers Pulled From One’s Arse - amnesia.

It’s amazing how many super powered characters completely forget the epic super powers they were happily throwing around with some regularity.
Is Anita even possessed by the Munin any more? Can she drain bad guys with a single touch (and then “release their soul” which is a terrifying euphemism for Anita literally willing someone to die!). The Vampire Diaries is almost laughable in their vague depiction of the powers of witches and vampires. Witches regularly dropping even originals with a nasty look… except when it becomes inconvenient. Vampires are fast enough to snap a witch’s neck because they even know the fanged one is there… except when the plot requires them to lose. Vervain can render any vampire helpless, except when it just needs to be a bit painful. Could Sookie even read minds by the end of the Southern Vampire Series. Then we have Cécile in Danielle L. Jensen’s Malediction Trilogy. On one hand she borrow power from her troll husband which allows her to use magic in various situations. The problem with this is for some reason this so-called borrowed power just isn’t enough or somehow ends up being more than she suspected it to be.  There’s absolutely no consistency and Cécile’s power and works or doesn’t work based on how Jensen wanted the plot to progress.  If Jensen wanted an easy fix for Cécile to get of danger the magic appeared and if she wanted Cécile to struggle, somehow the magic just wasn’t enough.

All of these lazy tropes are definitely damaging for the story and ruin the potential of many a good story, excellent world and compelling characters. More, it sadly adds to the ongoing presumption by many that Urban Fantasy - speculative fiction in general - is not to be taking seriously, is childish and dismissable. And certainly not worth examining critically or with awareness (something we have rejected over and over again). Having magic in a story doesn’t mean it is freed from the need to making sense or being internally consistent - at the risk of being overly serious in a post that is, admittedly, largely about snark, there is a real problem with the dismissal of serious analysis in this genre - whether that’s plot consistency or the inclusion of minorities.

Besides, while they’re not the same tropes, this same habit of lazy writing and clumsy world building is often used to the detriment of marginalised people -whether that’s appropriating from other cultures and mangling their beliefs, stories and mythologies. Or creating convoluted and dubious world settings that are then used to “justify” rampant bigotries and dangerous tropes. Out acceptance of Magical Plot Glue is part of our greater acceptance that anything can be Explained and Justified by the Woo-woo.