This Is Your Life: Rebekah 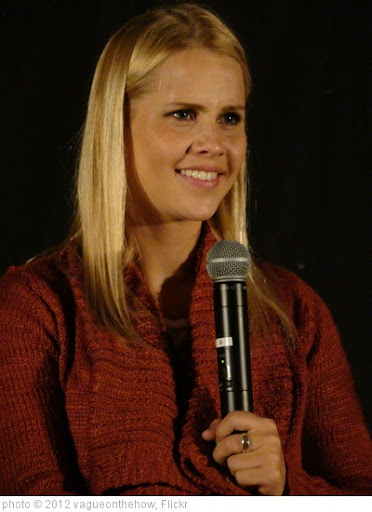 What is she?:  Rebekah Mikaelson is a thousand year old original vampire who is obsessed with becoming human so she can have babies.

Biography: Rebekah Mikaelson is one of the Original Vampires, 1,000 years old, one of the first of their kind. She came to America with her siblings and her parents - including her witch mother. When her mother cast a spell to grant her children eternal life, she turned them into vampires that can only be killed with the White Oak. All other vampires draw their ancestry from one of the siblings. Since her creation Rebekah has wandered the world and spent a lot of it looking for love and some way to become human, angsting about it - and being locked in coffins by her brother, which is something of a habit of his. She really needs a hobby - and joining high schools and pretending to be a teenager isn’t a hobby, it’s creepy.

What We love about her: Well, not a lot to be honest. But she hates Elena, that’s one thing, we’re always behind someone who isn’t on Elena’s fanclub.

What we hate about her: Rebekah loves angst so much that when she is not busy planning to go to the prom and becoming the world’s first vampire cheerleaders (and we have to say, this 1,000 year old vampire obsessed with becoming a teenager is more than a little creepy), she has to stir the pot. Of all the vampires on The Vampire Diaries, Rebekah is by far the most childlike and by that I don’t mean the whole “it’s a small world after all” deal, but a ridiculous 2 year old; constantly 3 seconds away from a full blown temper tantrum. Her obsession with being human is not even remotely explained on the show - at best some nebulous wish to have children (like there are no other ways?) and to fall in love (which vampires seem to do quite often - at least when Elena is around). The minute a male pays the slightest attention to her, she begins fawning immediately.  Despite all of her power and strength, Rebekah has zero self confidence and extremely low self esteem.