Why The Recent Upsurge of Zombies? 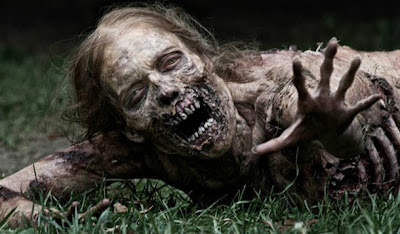 In the fantasy genre, supernatural creatures fall in and out of fashion. In recent years, we have seen the revival of the zombie with movies like World War Z, television shows like The Walking Dead and books like White Trash Zombie.  What is it about the zombie that has re-captured the public imagination? They are after all rotting, disease ridden and dead.  Surprisingly this is exactly why people are now fascinated with zombies. They represent our near universal fear of death - in particular what happens to our remains. Unlike vampires who become undead and retain their intellect and beauty and gain superhuman powers, zombies reveal in the starkest manner possible that the sweet phrases we parrot to bring comfort only hide the ugliness and dehumanisation of death.


With zombies come a dystopian world. In almost each instance in which zombies appear currently, the society in which they inhabit has broken down. In fact, we have seen a large resurgence of dystopian world recently. This likely has to do with the ongoing depression and the general sense of social malaise which has become the norm. With no sense of anomie or real hope for change, people have become almost anesthetised.  Each day is struggle to pay the mortgage, or hold onto a job that pays below subsistence wages. In a sense, the economic downturn is the equivalent to many of the dystopians we read about or watch on screen. The zombie then becomes the person who shuffles along, powerless to create change - a cog stumbling with no vision and no hope.


For some, these fictional dystopian worlds are meant to show us that life, no matter how bad it is today, can always be worse. We may be struggling to attain the basics like food, shelter and clothing, but at least we are not being chased by zombies desperate to eat our brains.It represents the constant refrain of it could be worse, which is said to lower classes as a way to pacify them. Yes, things could always be worse but if we have reached the point where we are reaching for zombies to soothe, perhaps things are bad enough. At very least, a zombie dystopian world is so different from our world as to be a far greater level of escapism than we often find in Urban Fantasy


One element of zombie stories that differs from other modern monster stories is that there is very little attempt to “redeem” them into sympathetic or romantic characters. We’ve seen this with virtually every other creature - especially vampires (who have almost lost their status as monsters and are often more tragic - or sparkly -  than horrifying). Vampires, werewolves (or were-anything for that matter), faeries, gods and an entire Greek legend of weird and wonderful creatures; they’ve all started featuring more as romantic heroes, soulful protagonists and bare chested, turgid love interests as often as monsters.


But not zombies. Of course, on the shallowest explanation, it’s because it’s hard to romanticise a creature that is a mindless rotting corpse. That’s hard to make sexy. Rotting flesh is not most people’s idea of a sexy smell and appendages falling off bring a whole new meaning to the concept of erectile dysfunction.


Beyond aesthetics, our zombie depictions do not normally present the zombie as individually powerful. In fact, in most depictions a zombie isn’t that dangerous - zombieS are lethal. But a single zombie? Generally slow, not very bright and lacking the superior abilities that characterise most supernatural beings and, again, presents a barrier for representing these creatures as useful characters. In many ways, our current “redeemed” supernatural creatures represent a variation of the superhero genre - where we can identify with a character that is so much more powerful than us. It’s an inherent part of the escapism of these stories and always has been ever since the all-too-human pantheons of legend with their incredible divine powers. Their humanity allows us to identify with them while their power allows us to escape using them. The zombies lack both humanity and power, defeating our escapism.


At this point, though, we have to look at the origin of the zombie myth as we know it. Of course, that in itself is awkward since nearly every culture in the world has some variation of the evil, restless dead rising from the grave - from Norse Draugr (and general Germanic wiedergänger), British Revenants, Tibetan Ro-Langs and a whole host of undead (specifically corporeal undead). However, the predominant myth (and language) we use comes from Haitian beliefs of the zombie and we can’t avoid a pattern here - it’s not uncommon for creatures whose origin is primarily or entirely based in non-European mythology to be reduced to (or kept as) unredeemable monsters - another classic example is the Ghoul (or Ghul) from Middle Eastern beliefs - while the most “classic” European horror myths are reworked.


This is, in part because most of these stories are written by people from a European based context and experience. These European-origin authors feel the need to find newer twists on their old mythology, while the supernatural of other cultures still feels “novel.” This is partly also the reason why so many authors like to “raid” other cultures for spare original monsters (like Wendigo, which have become a running joke on this site). Still it is a pattern that is worth noting when we see which mythological creatures graduate to fully fleshed out characters and which remain the monstrous hordes to be hunted and hidden from. Which are the romantic figure in the bedroom, and which will always be the monster under the bed.


Whatever the motive, the lack of “redemption” of the zombie means there’s a stark difference to what it represents. We see a lot less comparison to marginalised people that is so grossly common with other supernatural creatures - instead a zombie is less analogous to a person and more to a plague.The zombie is barely even a creature - or even a monster -it is a force to be defeated or to resist, a completely different dynamic from nearly every other commonly depicted supernatural creature. 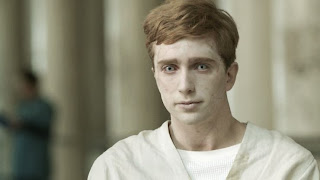 But as the number of zombies in fiction increase and we approach saturation we’re beginning to see new twists on the zombie myth. Though not nearly as common, we are starting to see zombies even step into the romance stand in (like in Warm Bodies) and as analogies for marginalised people - both done well (in In the Flesh) and done so very poorly (as in The Generation Dead Series) and completely new and original takes on zombiedom that are different from anything we’ve seen before (the White Trash Zombie Series).

It’s clear, as the number of shambling hordes become more frequent visitors to our screens and books, authors are going to increasingly to take zombies to new and original places.
Posted by Sparky at 9:00 AM