Game of Thrones: The Complexities of Tyrion 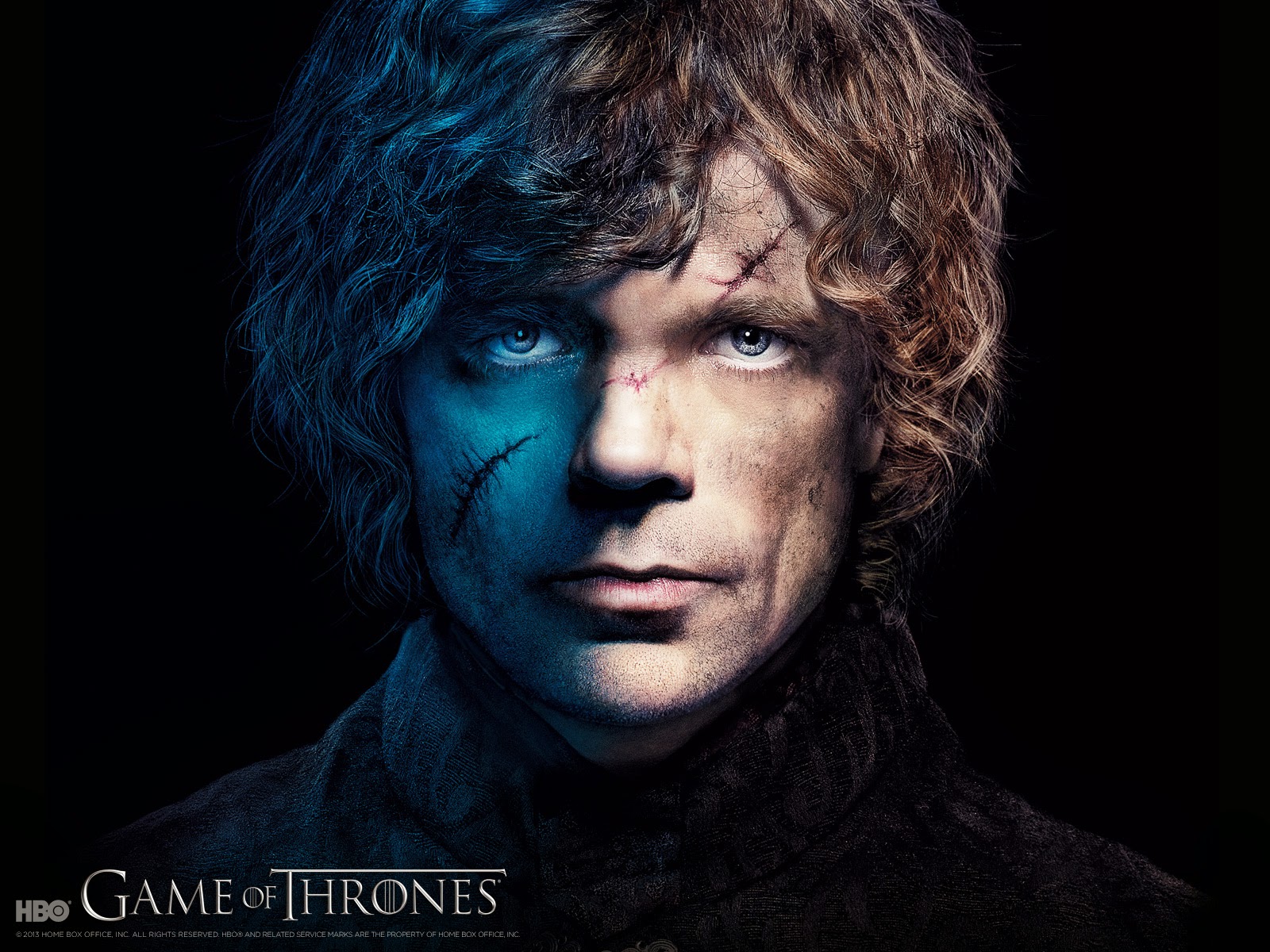 Tyrion Lannister is the third child of Tywin of the prestigious house Lannister. He is a Little Person whose mother died shortly after giving birth to him. For much of his life, he has been viewed as a monster, something to tolerate by Tywin because he cannot prove that Tyrion is not his son. These facts have influenced everyday of Tyrion’s life. Tyrion knew that due to his disability he could never fight like his brother or birth the next generation the way that Cersei could. All Tyrion could ever rely on is his intellect and the class advantages that being a Lannister provided him. As much as he despises being a Lannister, even Tyrion could not be aware of what it would mean to be stripped of the power of that name.


For us, Tyrion is one of the most fascinating characters on Game of Thrones. This is in part possible simply because of who he is. Tyrion being a Little Person means that the authors are able to write situations for him which they could not possibly write for an average sized person. Take for instance the scene at Joffery’s wedding where Little People were payed to perform for the express purpose of humiliating Tyrion or the guffaws when Tyion has to negotiate furniture which is too large for him. Each moment Tyrion is made aware that he is different, that he does not fit. These are the slights that Little People face and they are made real each episode.


It is always going to be important to include biases against marginalised people in any script which includes them. What makes Tyrion special is not only do these slights occur, but he is so much more than an avatar for his particular disability. When Tyion loves, he loves deeply and at least twice to his own detriment. He loves women and is more than happy to spend his time in a brothel. The kind of man who thinks he has the right to buy access to a woman’s body should not be deemed a good character per say, but relative to the other men who do so (read: Joffery, Little Finger etc), Tyrion seems almost benign. He has a set of morals quite different from the world around him, yet he revels in the game or the intrigue of Kings Landing. In short Tyrion is a man of many passions and it is these passions which humanise him, not his disability. This is why in each instance in which Tyrion is brought low, we, as an audience, can empathise with his pain.  We have been drawn into his world even though it so completely different from our experiences.


Tyrion has had many awesome moments in show, but also some extremely nuanced and complex ones especially in the episodes The Laws of Gods and Men and Mocking Bird in relation to Shae and Bronn.


Tyrion, on trial for murder, sees both of these characters turn on him, to a degree. Shae stands in the witness box and tells incriminating lies about him as well as characterising their relationship in brutal, harsh terms - that she is a prostitute who was bought by Tyrion and who served him as he wished, as he demanded with no affection or desire - just a woman forced by circumstance. While Bronn has accepted Cersei’s bribe for a comfortable, privileged life and also refused to stand for Tyrion in his trial by combat against Ser Gregor, one of the most feared knights in the realm.


In both cases these are seen as a betrayal, especially Shae, but these powerful scenes allow us to pull back the lens and see Tyrion through other people’s eyes - especially those who do not share his noble class. While Shae’s testimony seems cruel, how much of it is inaccurate? She is a prostitute, a vulnerable foreigner with no protection beyond that largesse of her employer. She was “acquired” for Tyrion and she did serve him in bed - did she care for him? We thought so, but then, since her safety, security and prosperity is reliant on him being pleased with her, isn’t it equally likely that she would put on an act to please him? To assume that Shae is able to be fully forthcoming with her feelings for Tyrion in this relationship is to ignore the vast power Tyrion has over her; not only does her income rely on him, but he would be quite capable of having her killed with impunity. We have seen Joffrey do exactly the same thing to Ros, another prostitute - and there are no dramatic trial scenes in Westeros for the death of sex workers.


Even Bronn’s friendship - which Bronn affirms - is still very much based on an employer relationship. Bronn, ultimately, was loyal to Tyrion and risked his life for Tyrion because he is paid well and Tyrion promised to buy out anyone who bribed him - while Tyrion sees devotion (and there is certainly a level of respect), Bronn sees employment. The terms of this relationship in fact were set in the Eyrie, where Bronn fought in Tyrion’s stead in a challenge under the promise that a Lannister always pays his debts.


Tyrion bought friendship, or relied on his class advantage to grant him friendship. As Bronn pointed out, Tyrion never had to risk his life for Bronn - he had his gold to fill in his side of a reciprocal relationship. Neither Bronn nor Shae had that - they paid Tyrion with their bodies.


Not only is there a matter of Tyrion’s skewed perceptions from his vast class privilege, but that privilege also blinkers him to the circumstances Shae and Bronn live in. Bronn has vastly increased his social station and achieved a life of privilege and comfort that is far beyond what he expected - and will certainly be safer than life as a mercenary, one that will inevitably lead to an early grave. What Bronn has been offered is such an immense increase of station beyond anything Tyrion can imagine; when looked at from this angle it is almost outrageous of Tyrion to expect Bronn to turn this down


The class void also exposes Bronn and Shae to considerable risk - and this is something Tyrion has seen which is why he tried to send Shae and Podrick away. Even if Bronn wins against Gregor, he exposes himself to Cersei’s wrath as does Shae should she fail to testify against Tyrion. They are every bit as vulnerable to such an attack as Tyrion would be fighting Gregor in hand-to-hand combat; it is outrageous to expect Tyrion to fight the Mountain with a sword, but equally ridiculous to expect Shae and Bronn to fight Cersei’s resources.


That class shield also underpinned the trial by showing the consequences for Tyrion when he loses it. We have loved the many awesome moments of Tyrion through the show - slapping Joffrey, locking Pycelle in prison with his crafty maneuvers, disdaining the awful Ser Meryn. But the only way Tyrion could ever get away with any of that - slapping a king! Threatening a king! - is because of the immense shield the Lannister name and wealth granted him. Once the Lannisters removed their protection from him, it all comes back to haunt him - his deeds are thrown back at him and seen as outrageous when he doesn’t have that name to shelter under. And his allies, such as they were, were all dependent on that name - as we see not only Shae and Bronn but also Varys hurriedly deserting this rapidly sinking ship. As much as we would like to think Tyrion was successful because of his intellect, this exposes how meaningless his brilliant brain would have been without the Lannister name underpinning it.


In these two relatively short scenes and this trial we have had an excellent, nuanced depiction of marginalisations and how they interact - it’s a classic example of how privilege and marginalisation can exist at the same time. Both of these scenes followed after Tyrion challenged Jaime in an excellent speech pointing out how Jaime is the favoured son and how unequally they are treated by their father because Tyrion is a Little Person. These scenes happen at the same time as Tyrion angrily ranting at the court that he is on trial for being a Little Person, a trial he has had to endure all his life - shown in yet another awesome scene with Oberyn describing how Cersei has loathed Tyrion since he was a baby in the cradle. In fact, part of the reason why Tyrion is so quick to see love from Shae and powerful friendship from Bronn is because he has faced near constant derision from everyone except them and his brother. Tyrion is near universally reviled and demonised, especially within his own family - it’s no surprise that these precious, rare positive interactions are ones Tyrion would seize on and build up to be far greater than they are. They are both a product of his class advantage but also a consequence of his marginalisation.


Privilege, marginalisation and their interaction and co-existence are all shown excellently in these few scenes over two episodes based on four seasons of a marginalised character that has actually been developed and treated as a full person. It really exposes how ridiculous the claim is that including these issues and “complexities” in fiction is difficult or impossible - Game of Thrones just pulled it off in a truly excellent fashion in just two episodes. This overwhelming, perfect storyline that covers marginalisation and privilege with such brilliant nuance did not take info-dumping, clumsy, fake lectures or convoluted scenarios - just two episodes and less than half a dozen scenes


And, of course, an actual character. Not a caricature. Not a stereotype. Not a token. By making Tyrion a fully realised character they opened the door for such epic portrayals, such nuanced depictions and such complex lessons. In the end, that is all it takes.