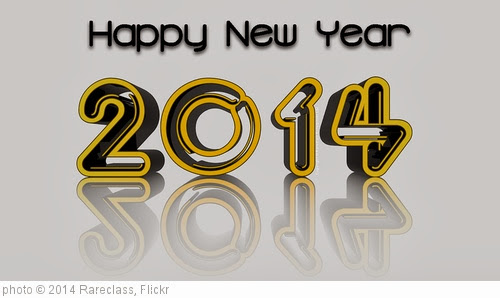 What were you Top 3 series/books you read this year?

I read a lot of good books this year - it’s hard to chose 3, especially since I’m going to try and not be repetitive and repeat last year’s awesome books (those series continued and, yes, are still awesome).

This year I’m going to go with: Cassie Alexander’s excellent Edie Spence Series, Shelly Adina’s truly awesome Magnificent Devices Series and my newly discovered The One Rises Series by Anna Wolfe. All of them make me eager for the sequels and all of these authors should be ashamed for robbing me of sleep and adding to be caffeine addiction, staying up all night reading their work.

And I still want Prinnie Punk to be a thing


What book(s) pleasantly surprised you?

I looked at the title of Steven Roy’s Black Redneck vs Space Zombies and I cringed. I expected all kinds of hot mess. I cursed myself for agreeing to read a book without thinking it through when I’m half asleep and running on automatic and panicking about my email backlog. I loaded the snark, expected the worst and prepared to let loose all my scathing prowess…

I did not expect a deeply nuanced, surprisingly involved, incredibly well developed and characterised book that really handled some major issues with and scrutiny - and we had guns, zombies and giant jellyfish monsters. All that snark prepared and nothing to use it on!


What was your favourite Television series this year?
Every time I think I have an answer, another show vies for my attention, like that over-eager child at school you quietly wanted to strangle. I’m going to settle on Orphan Black because of the sheer awesomeness of Tatiana Maslany (even with the irritation of Felix); it’s rare when a show leaves me in awe of an actor, quite literally in awe to a degree that I would just throw all the awards at her.

Defiance is vying in there for a second with its excellent cast of compelling characters, some truly excellent world building and a pretty nifty computer game - but then, with Defiance’s massive budget it kind of needed to pull out some awesome - and it did.

Honorary mention goes to Teen Wolf which remains surprisingly good. Honestly, I keep expecting it to crash and burn in a cheesey mass of awful and it never does.


What was the worst thing you read this year?

Let me compile a LIST! This may require a tree or two. Ok, let’s parse it down to one category of worst thing - blatant money grabs - authors of successful series then dragging a few more pennies out of a loyal fanbase by releasing tatty, empty non-books and relying on their names and that fan loyalty to make it sell. In some ways it’s almost false advertising, you release a series that’s basically pretty good and shows at least something approaching talent - then you take those expectations and throw out a complete load of crap. This isn’t just producing a bad book, any long running author is usually going to have one book that doesn’t quite shine - no, this is blatantly NOT GIVING A FUCK about the crap you release. This is releasing a book that’s just a copy of a previous book, or some cobbled together “extra” that should have been left on your website - or just in your notebooks.

After Dead by Charlaine Harris takes a prize as probably the most inexcusably blatant example I’ve ever come across. It’s not a story, it’s not a guide, it’s barely even a book. It’s an insult in paper form. Honestly it should have had a note at the bottom, “you’re all pissed at me because of Eric in the last book, so screw it, just gimme your money.”


What was the worst thing you watched this year?

This is a split to me. Da Vinci’s Demons angered and offended me more than anything else - the treatment of a historical gay man by this deeply homophobic show was inexcusable, I want to snark all over this but I’m honestly too angry to snark about this. American Horror Story also seems to be playing an almost childish game of gross-out with the viewers - it’s like a 5 year old who has learned all kind of naughty words and is going to repeat them to grandma to make her lose her false teeth. It’s not funny, it’s not clever and granny’s heard it all before, especially after a night on the gin.

It says something about these two that Misfits and its season o’rape jokes isn’t up there. Seriously, if I look at the worst shows and a show whose entire season was basically “rape rape rape, gay joke, rape, gay joke, rape, homophobia, rape joke” did not take the top spot? There’s an issue here.

Stick a fork in ‘em, they’re done: Shows that need to be cancelled:

The obvious choice are the ones above - but no, here I go with Beauty and the Beast and Tomorrow People. Beauty and the Beast is just unbearably dull - someone sacrificed their first born to something demonic to get it renewed in the first place and now any tiny redeeming features in this incredibly tedious show are gone. It’s dull - it’s not just dull, it’s dreary. It doesn’t even have the decency to be thoroughly annoying any more - at least that was an emotive response!

The Tomorrow People lacks anything resembling originality, borrows heavily from past franchises and has a plotline that requires the world building to be rewritten on a biweekly basis. Someone just took a load of good shows, diced them up, slapped the title of a 70s children’s show on it, threw in some attractive 25 year olds playing teenagers and just hoped it held together. It didn’t. And it didn’t even make best use of the eye candy.


What was this year’s guilty pleasure? Which book/series are you embarrassed to admit you liked?


Biggest Disappointment of the Year:

Almighty Johnsons, alas. I loved this show, I had a rather epic tantrum when I heard it was cancelled and was all prepared to invade New Zealand - then I was wonderfully elated when it was renewed… kiwi invasion called off! Then they wrote Gaia out in a plot arc that even the Eastenders writers would call dubious, didn’t develop Axl and left him wallowing in his own pit of drunken angst (and EVERYONE on this show kind of exists in a pit of drunken angst, so it takes some serious drunken angst to be notable). His Odin-ness was pretty much non-existent (except Odin is kinda the god of drunken angst, hence the Norse) which was kind of sad as well. Also the ending left me gaping at my television asking all the gods “WHY?! WHY WOULD YOU DO THIS?!” If it’s cancelled this year? I don’t think I’m going to be all that bothered

What are you looking forward to being released in 2014?

We seem to be entering a golden age of Speculative fiction. We’ve never had so many shows to follow before and next year there’s Helix, Bitten, and rumours of a Charmed reboot and spin offs of Supernatural and The Walking Dead. And that’s just a few - Dominion, The Strain, Penny Dreadful - new stuff abounds on every channel. I’m kind of looking forward to all of it (and deeply terrified of how I’m supposed to fit it all in) but I think Bitten most intrigues me since I’ve read and enjoyed the books - and Dominion sounds to me like it could be as awesome as Defiance

But what I most want is for some of these plethora of shows to have some diversity - especially among the protagonists. We’ve had only a few POC main characters on our full Autumn schedule, and Lost Girl was the only show out of the about 15 we were following (and Dracula if you count Lucy as a main character) that had a notable GBLT presence. With so many shows now, the lack of inclusion in the genre has never been more glaring. As speculative fiction takes of and takes over, I wants us to get past the all-white, all-straight default that we keep seeing.


Were your expectations for 2013 met?

Last year I said I was most looking forward to something new, since it seems my favourites were always new additions to the same series. Well, after reading a lot of new series and authors, I have to say I’ve not found nearly as many gems as I’d like (as seen by the small amount of 5 Fang books this year), but I did find some new gems. In addition to The One Rises, Kate Locke’s Immortal Empire Series is now a firm favourite, Lauren Dane’s Rowan Summerwaite series isn’t new to us - but I thought it had ended and it’s wonderful to see it resurrected and I really hope to see the Fallen Siren Series and the Newsflesh Series continue. So… yes - sort of. I found some gems but ye gods did I have to mine for them. Oh the suffering I endured!
Posted by Sparky at 9:00 AM